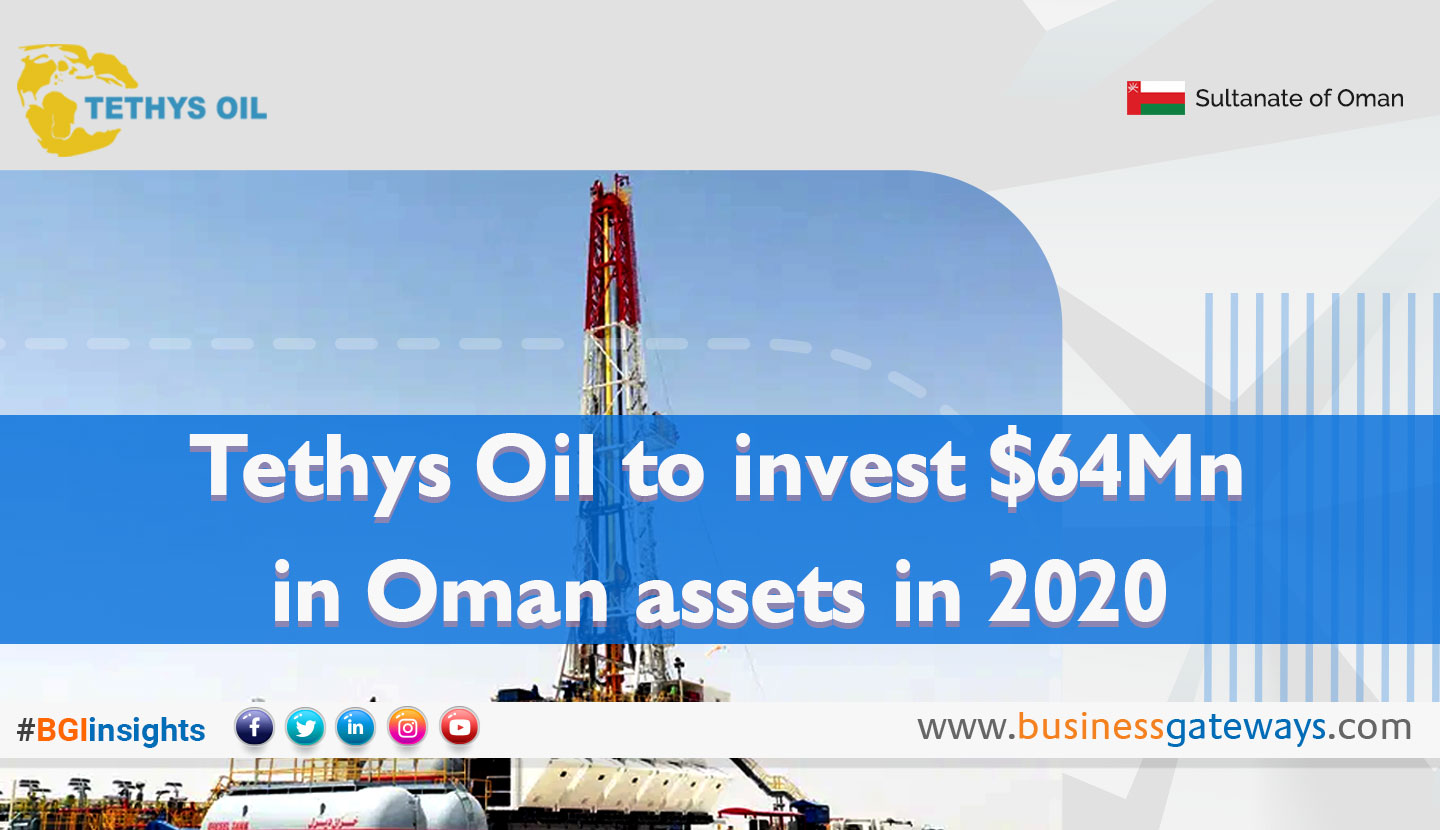 Swedish-based international upstream energy firm Tethys Oil plans to invest at least $64 million this year in the development of its portfolio of hydrocarbon assets in the Sultanate.
While the lion’s share of this allocation is earmarked towards its flagship assets — Blocks 3 and 4 in north Oman — the rest will be utilised in unlocking the hydrocarbon potentials of two relatively recent additions to its portfolio — Block 49 and Block 56, according to Magnus Nordin, Managing Director.
Tethys Oil has a 30 per cent interest in the adjoining Blocks 3&4. The acreage is operated by CC Energy Development (with a 50 per cent interest), while Mitsui E&P Middle East is a 20 per cent equity partner.
The commitment in new investment comes against a backdrop of record-high production from Blocks 3&4.
“We have produced more oil than ever before, on average 12,832 bopd (Tethys Oil’s share of the output) which is nine per cent higher than in 2018. In the fourth quarter, we produced even more and reached an all-time high of 13,475 bopd,” said Nordin in a statement to shareholders.
He further added “The outlook for 2020 remains strong with continued high production levels in the range of 12,600 to 13,400 bopd expected from Blocks 3&4 as well as increased exploration activities on the Blocks’’.
Among the activities planned for implementation is a pilot ‘Gas to Electricity’ project at the Shahd production facility in Blocks 3&4 that could potentially pave the way for a full-fledged gas project in the future, according to Nordin.
“This project is a first step in planning and evaluating a comprehensive gas project that aims to lower flaring and cut diesel consumption used in power generation. It will be important in optimising fluid production, cutting operating costs, and perhaps most importantly, in reducing the ‘carbon footprint’ of Blocks 3&4,” he stated.
Exploration activities targeting Tethys Oil’s two other licenses are expected to pick up pace in 2020, according to the Managing Director. In Block 49, a pure exploration play acquired in late 2017, Tethys Oil has identified one drillable prospect and is currently scouting the market for a rig to drill its first exploration well. Covering a 15,439 sq kilometre area in the far west of Dhofar Governorate, the under-explored, yet promising, license is home to Dauka-1 — the first well drilled in Oman in 1955.
Tethys Oil also has a 20 per cent interest in Block 56, which is located not far from its Blocks 3&4 acreage. The operator, Medco Arabia Ltd, which holds a 50 per cent stake in the license, is currently testing a number of previously drilled wells.