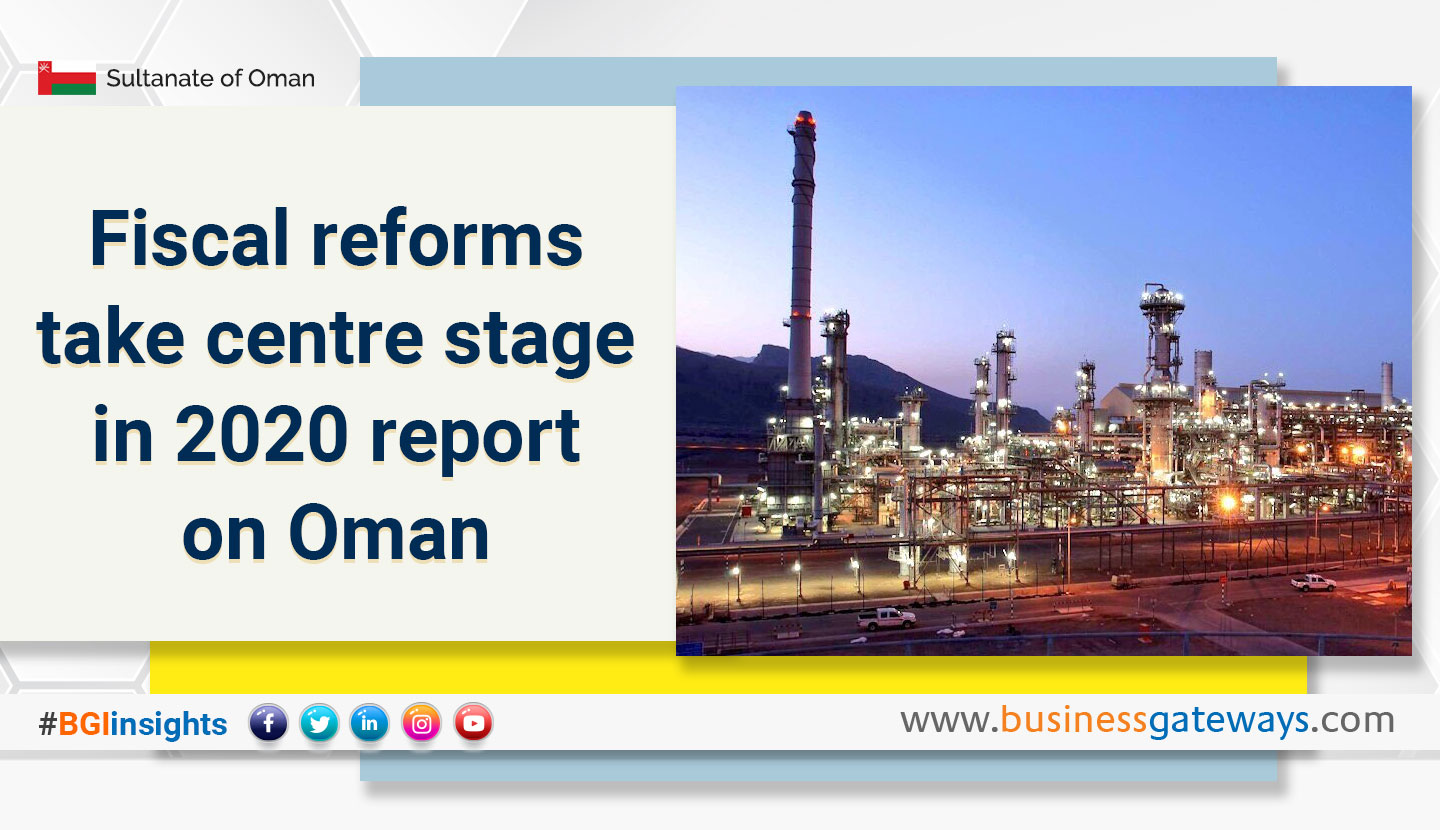 Oman efforts to boost the role played by the private sector against a backdrop of lower hydrocarbon receipts are given wide-ranging coverage in a new report by the global research and advisory firm Oxford Business Group (OBG).

The Report: Oman 2020 shines a spotlight on the Sultanate’s wide-ranging fiscal reform programme, which, together with improvements in public expenditure, has helped to narrow the deficit. It also charts the steps being taken to encourage more nationals to take up roles in the private sector in line with quotas set out for Omanisation.

Manufacturing is playing a major role in the Sultanate’s drive to diversify its economy, having accounted for 9.6 per cent of GDP in 2018. OBG examines the key part earmarked for Oman’s industrial and free zones in increasing industrial exports which the government hopes will reach OMR13.4 billion ($34.8 billion) by 2040.

OBG also tracks progress on the country’s major projects, which include transport infrastructure and oil and gas facilities. Key issues explored in this regard include progress on the Duqm Refinery and significant greenfield and brownfield developments throughout several oil blocks.

Oil and natural gas remains a pivotal driver of economic growth, buoyed by an increase in proven reserves. The Report: Oman 2020 explores the national drive underway to put diversification and value addition at the heart of the sector, supported by technological advancements. It also considers the country’s plans to begin work on a raft of renewable energy projects in a bid to diversify the national power mix.

Commenting ahead of the launch, OBG’s Editor-in-Chief Oliver Cornock said sound economic planning had enabled Oman to record growth of 1.8 per cent in 2018, while also reducing the deficit to 9 per cent of GDP, despite the challenging external climate.

Oman has set out priority sectors as it looks to diversify the economy, supported by new legislation aimed at creating an environment conducive for growth, he said. With the passing of Sultan Qaboos in January, this year and the new Sultan's commitment to pursuing the policies laid down by his predecessor Oman looks set to remain on this trajectory, and to continue strengthening its regional and global presence.

Jana Treeck, the Group’s Managing Director for the Middle East, added that while the climate for regional and global trade had produced challenges, like other GCC countries, Oman was now benefiting from stronger ties with China across a range of sectors, including energy.

China is expected to provide Oman with a ready market for its natural gas supply,” Treeck said. “Bilateral cooperation in this and other sectors looks likely to increase as the sultanate takes steps towards achieving the many targets laid out in its Vision 2040 roadmap.

The Report, Oman 2020 marks the culmination of more than 12 months of field research by a team of analysts from Oxford Business Group. The publication assesses trends and developments across the economy, including those in macroeconomics, infrastructure, banking and others.
The Report, Oman 2020 has been produced with the Oman Chamber of Commerce and Industry and the Public Authority for Investment Promotion and Export Development. Contributions have also been made by Ominvest and CMS Oman. It is available online and in print.

Oxford Business Group is a global research and advisory company with a presence in over 30 countries, from the Middle East, Asia, and Africa to the Americas. OBG is a distinctive and respected provider of on-the-ground intelligence on the world’s fastest-growing markets for sound investment opportunities and business decisions.