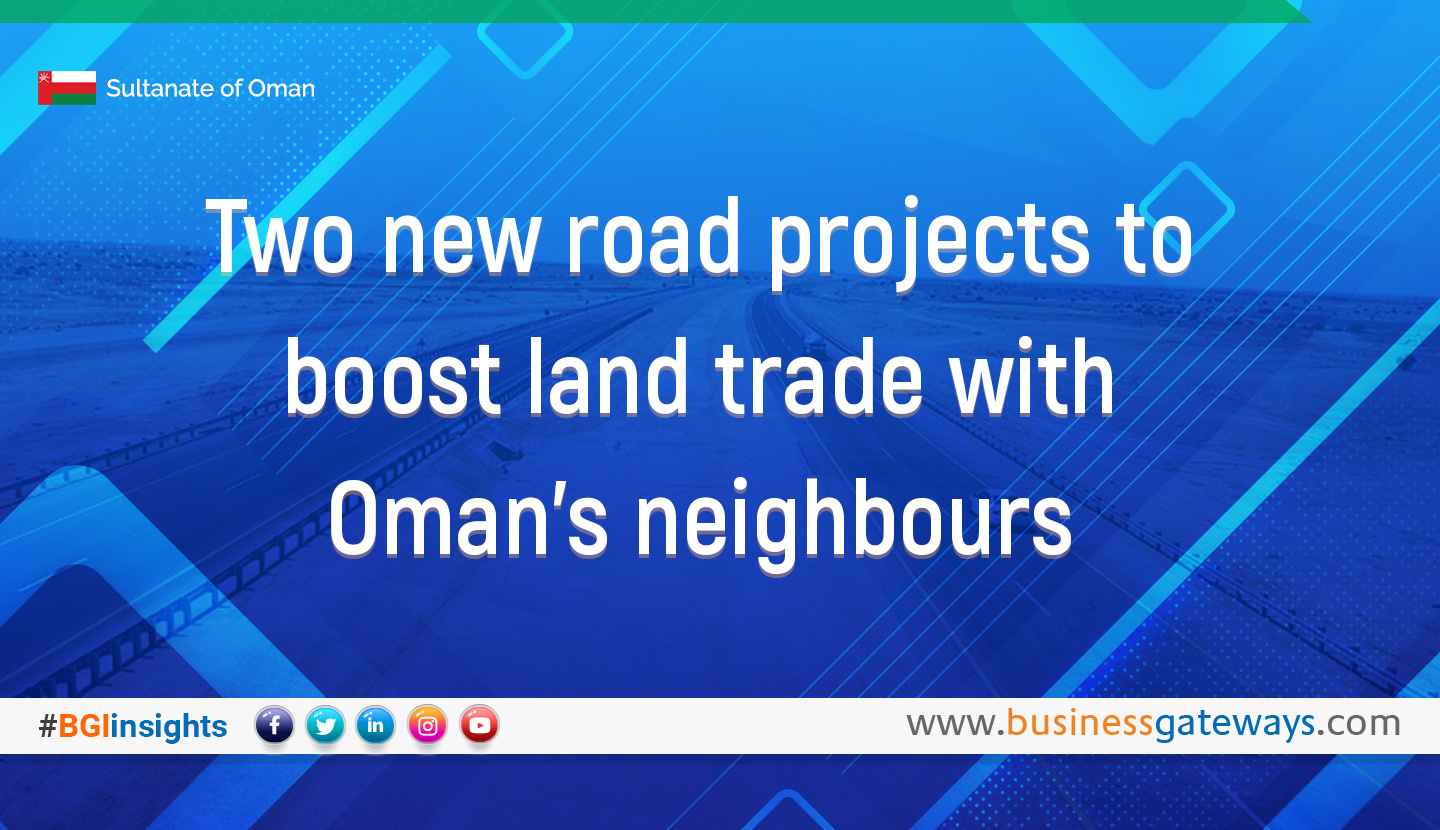 Two strategically vital road projects that will enhance land connectivity – and consequently trade – with the Sultanate neighbours in the northeast will shortly be taken in hand for development, according to a high level official of Oman’s Ministry of Transport.

Both ventures are among a slate of road-related initiatives proposed for early implementation by the National Programme for Economic Diversification (Tanfeedh) in support of the Sultanate’s ambitions to evolve into a leading global logistics-friendly destination.

The detailed design of the Wadi Sa a-Hafeet dual road project (Buraimi Governorate) and Ibri bypass road (Al Dhahirah Governorate) is expected to be announced in a public tender during early 2020 as part of the National Programme for Enhancing Economic Diversification (Tanfeedh) in the various sectors, said Eng Salim bin Mohammed al Nuaimi, Under-Secretary for Transport.

The announcement came in an interview published in the latest edition of Al Markazi, a quarterly newsletter of the Central Bank of Oman (CBO)
The Wadi Sa a – Hafeet dual road project and the Ibri Bypass undertaking will have positive implications for greater connectivity and trade ties with Saudi Arabia in particular, according to a report by the Implementation Support & Follow-up Unit (ISFU), an entity created within the Diwan of Royal Court to monitor speedy execution of the Tanfeedh initiatives.

The opening of roads linking the Sultanate to the Kingdom of Saudi Arabia will strengthen bonds and enhance economic activities between the two Gulf countries. It will also simplify trade and investment flows between the two countries and boost Oman’s status as a regional trading hub, ISFU noted in its report at the time.

In Buraimi Governorate, Tanfeedh has proposed the dualisation of a 52 km existing stretch from Hafeet to Wadi Sa a. In Al Dhahirah Governorate, the construction of a 45 km bypass road in Wilayat of Ibri is envisaged.

This initiative intends to complete work on the road leading to Saudi Arabia through the city of Ibri and improve the quality of two roads – one road links Hafeet and Wadi Sa a and the other is a bypass road next to the city of Ibri which will ease the movement of vehicles in Al Buraimi and Al Dhahirah regions.

Apart from connecting the GCC countries, the roads are critical for improving local trade since they link villages with local ports. Another objective of this project is to provide a direct connection between the two countries as currently there is no direct border crossing between Saudi Arabia and Oman, ISFU further stated.