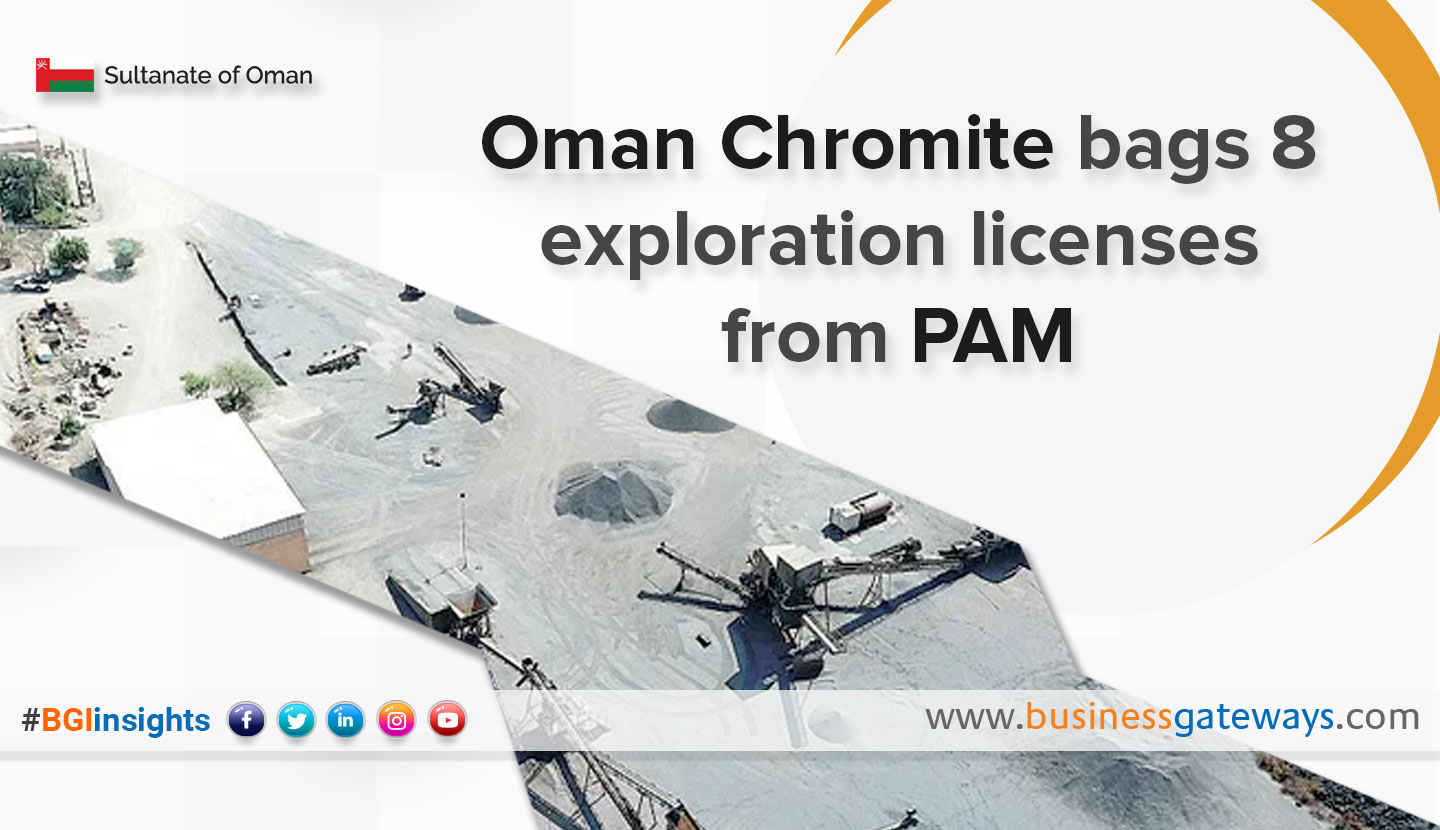 ​Oman Chromite SAOG, a publicly-traded firm which is partly owned by the wholly government-owned Mineral Development Oman (MDO), has announced that it has received eight new exploration licenses from the Public Authority for Mining (PAM) – a move that could help offset dwindling resources at its existing sites.

The company chairman, Qais bin Mohammed al Yousef, said the new sites are currently being studied for their resource potential with the results expected to be known during this year.

Set up by Royal Decree as a joint-stock company in July 1991, Oman Chromite managed to produce 19,545 metric tons of chromite ore in 2019, which was marginally lower than the previous year’s output of 20,020 tons.
This was due to the decrease in chromite reserves in the existing sites and the high level of waste material that must be removed before reaching the chrome ore, said the Chairman in the company’s Annual Report.

The company currently extracts two types of chrome ore – metallurgical and refractory ore – from mines in the north of the Sultanate. The ore is either exported in raw form or crushed based on global demand. Metallurgical grade chromite – which is used in the production of steel – accounts for the bulk of Oman Chromite’s exports, while the remainder comprises refractory grade ore, typically used as heat-resistant material in kilns.

An earlier mining license failed to help the company augment its production last year because the reserves in the mine were limited, said Oman Chromite. The company is studying eight new locations authorised for exploration in 2019 and the results are expected in 2020, it noted.

The chromium extracted from chromite is used in chrome plating and alloying for production of corrosion-resistant superalloys and stainless steel. Chromium is also used as a pigment for glass, glazes, and paint, and as an oxidising agent for tanning leather.