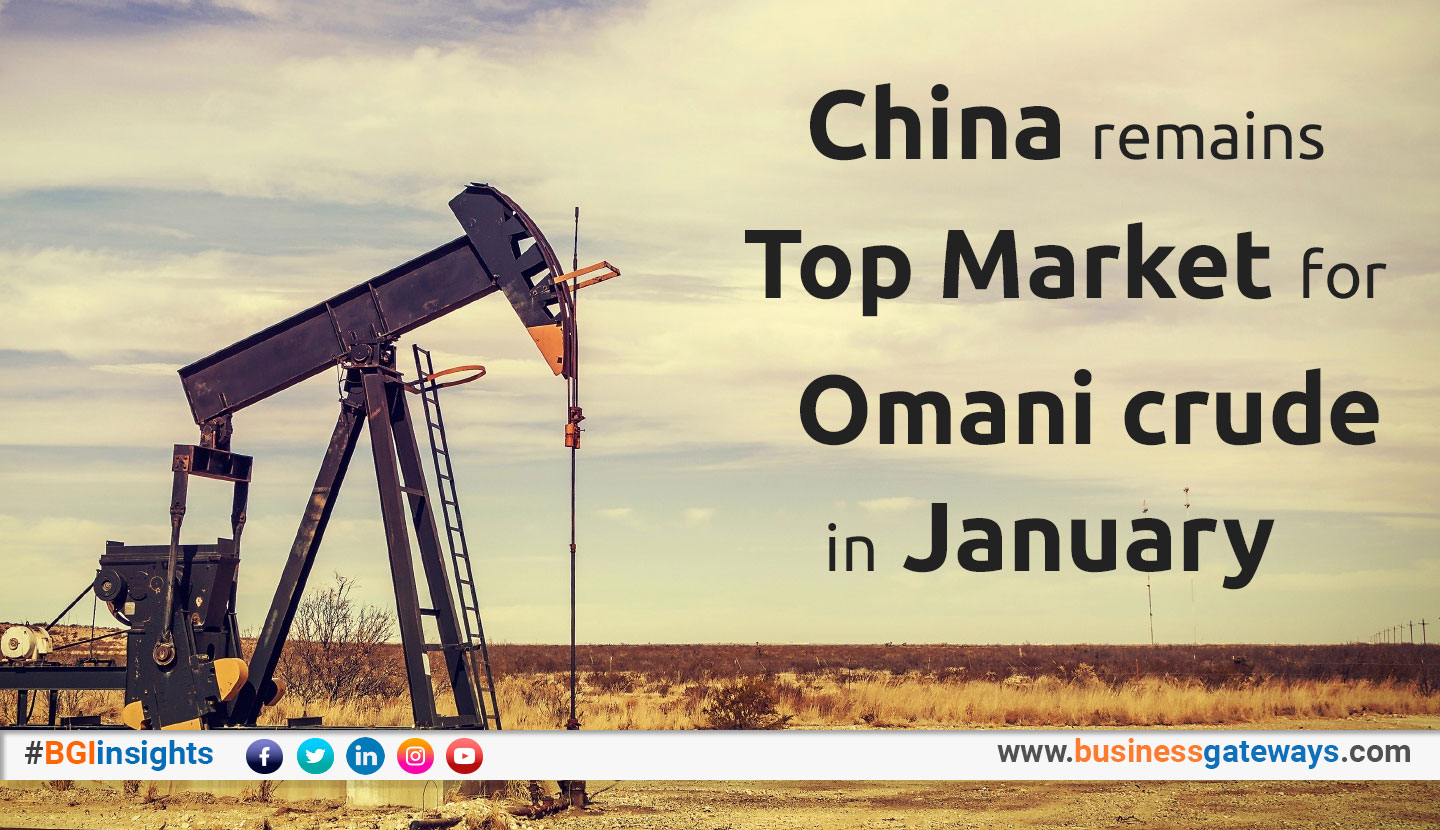 China was the top destination for Omani crude exports in January 2020, lifting 85.96 per cent of total exports averaging 756,586 barrels per day (bpd) during the month, the Ministry of Oil & Gas stated in its monthly review of crude production. Volumes to China climbed 3.20 per cent in comparison with December 2019 shipments, the report said.

The other leading markets for Omani crude were the UAE (eight per cent), India (4 per cent) and Japan (2 per cent).

Total production and crude oil and condensates averaged 958,270 bpd in January, which was 1.26 per cent lower than the corresponding figure for December 2019. Exports declined 17.88 per cent in January, according to the Ministry.

Crude prices for delivery in March 2020 were also down in January. The average price of West Texas Intermediate on the New York Stock Exchange (NYMEX) fell to $57.48 per barrel, down by $2.17 compared to the December 2019 trading average. North Sea Brent mix on the Intercontinental Exchange (ICE) in London averaged $63.67, down by $1.50. Oman’s crude futures contract on the Dubai Mercantile Exchange (DME) also decreased by 0.9 per cent to reach $64.89 per barrel for deliveries in March 2010. The daily trading price ranged between $58.17 per barrel and $70.45 per barrel.

The decrease in crude oil prices during January trading was due to several factors, including an unexpected spike in US inventories, and falling demand in the wake of the COVID-19 outbreak. China’s oil demand is expected to slow with major refineries announcing reductions in planned operating rates and reducing demand for oil due to the outbreak of this virus, which led to a sharp drop in Asian stock markets as well as airlines reducing their flights to China.