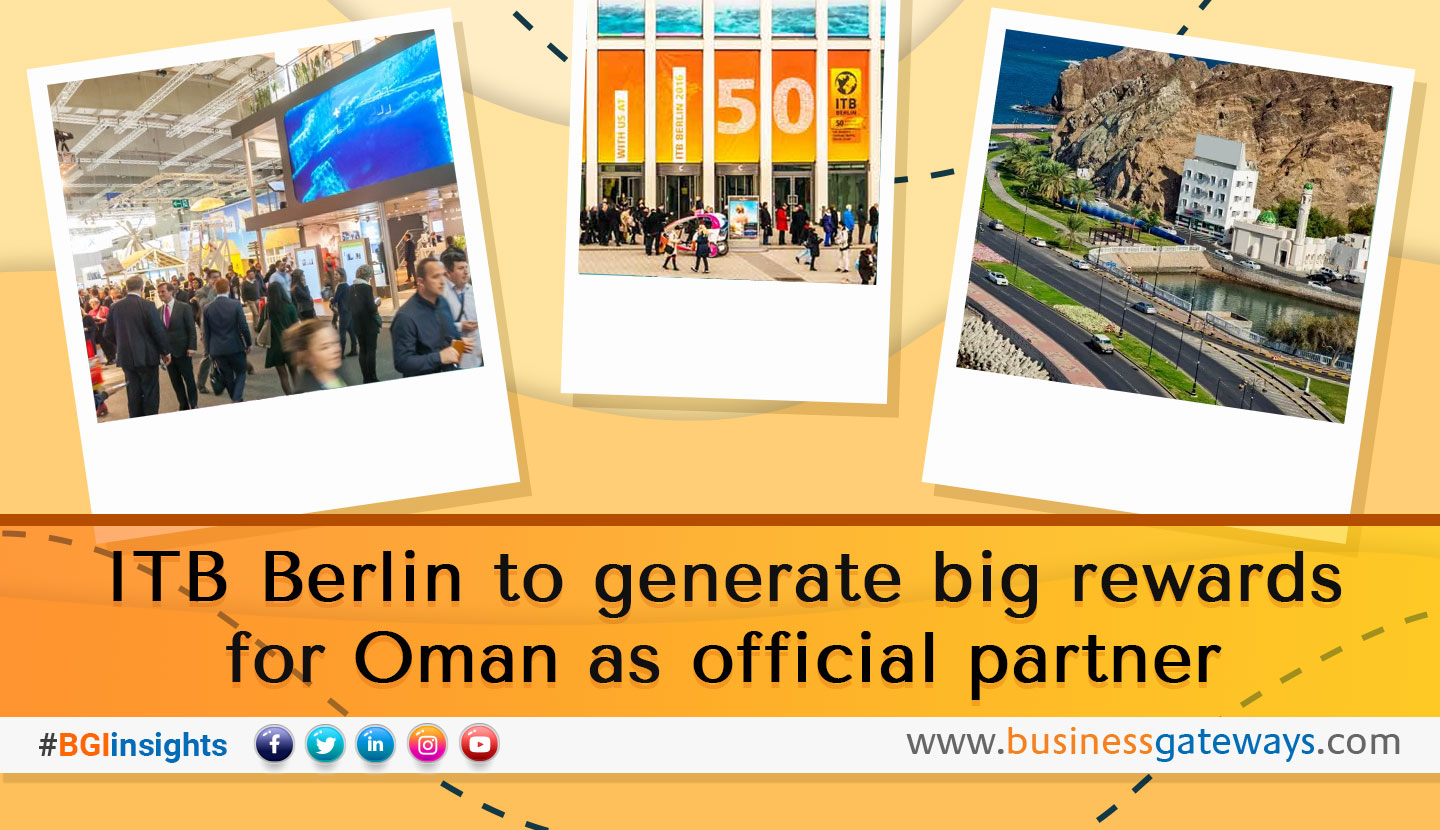 The Sultanate of Oman will participate in the ITB Berlin (Internationale Tourismus-Börse Berlin) 2020 between March 4 and 8, as an official partner of this largest world exhibition of the global tourism industry. Ahmed bin Nasser al Mehrzi, Ministry of Tourism, will be heading a delegation of 48 Omani tourism and hotel companies to the event. It is part of the ministry’s efforts to promote tourism elements of the Sultanate at international forums.

The selection of the Sultanate as an official partner of the ITB Berlin is seen as a major appreciation and recognition of the country by a specialized international exhibition. The Sultanate has been making extraordinary efforts to develop its tourism sector and take swift and major strides to support the growth and diversification of the economy of the country.
The main opening ceremony will be attended by top officials from 180 countries. Specialised world media will cover the event. In the inauguration of the ITB Berlin 2020, there will be a focus on the salient features of the sustainable tourism of the Sultanate of Oman as well as its tourism and cultural elements.

One of the most prominent events of the Sultanate’s participation as an official partner of the ITB Berlin 2020 is that the opening ceremony will be dedicated to Oman.

To mark the beginning of the events of the exhibition, a ribbon-cutting ceremony will be held in the pavilion of the Sultanate of Oman on March 4, in the presence of all the delegations participating in the ITB Berlin and the international media.

The Royal Oman Symphony Orchestra will also perform a concert in the capital, Berlin. The Ministry of Tourism will also organise two discussion workshops and will have visual presentations as part of the official programme of the exhibition. This will talk about Omani history, civilisation and culture and will promote the tourism potential of the Sultanate.

The ministry is also making efforts to put promotional advertisements and banners in a number of prominent sites at the venue of the exhibition and at the crowded places in the capital Berlin as well as on the famous German taxis during the exhibition.

The ITB Berlin is the largest event of its kind of the global tourism industry. Around 10,000 exhibitors from 180 countries participate in it annually.
The ITB Berlin attracts more than 160,000 visitors annually. It is covered more than 500 global specialised media organisations, 7,000 media professionals and 1,500 professional tourism bloggers.

Oman as an official partner will open new horizons for the Ministry of Tourism for its promotional plans. It will be able to use all the resource of the ITB Berlin, its platforms, programmes, marketing events and media facilities for over a year to reach out to more than 570 million people in the European market alone and nearly 19 million specialised workers in the global tourism industry.

The Sultanate of Oman logo will also be on the website of the ITB Berlin which is followed by more than 14 million followers.