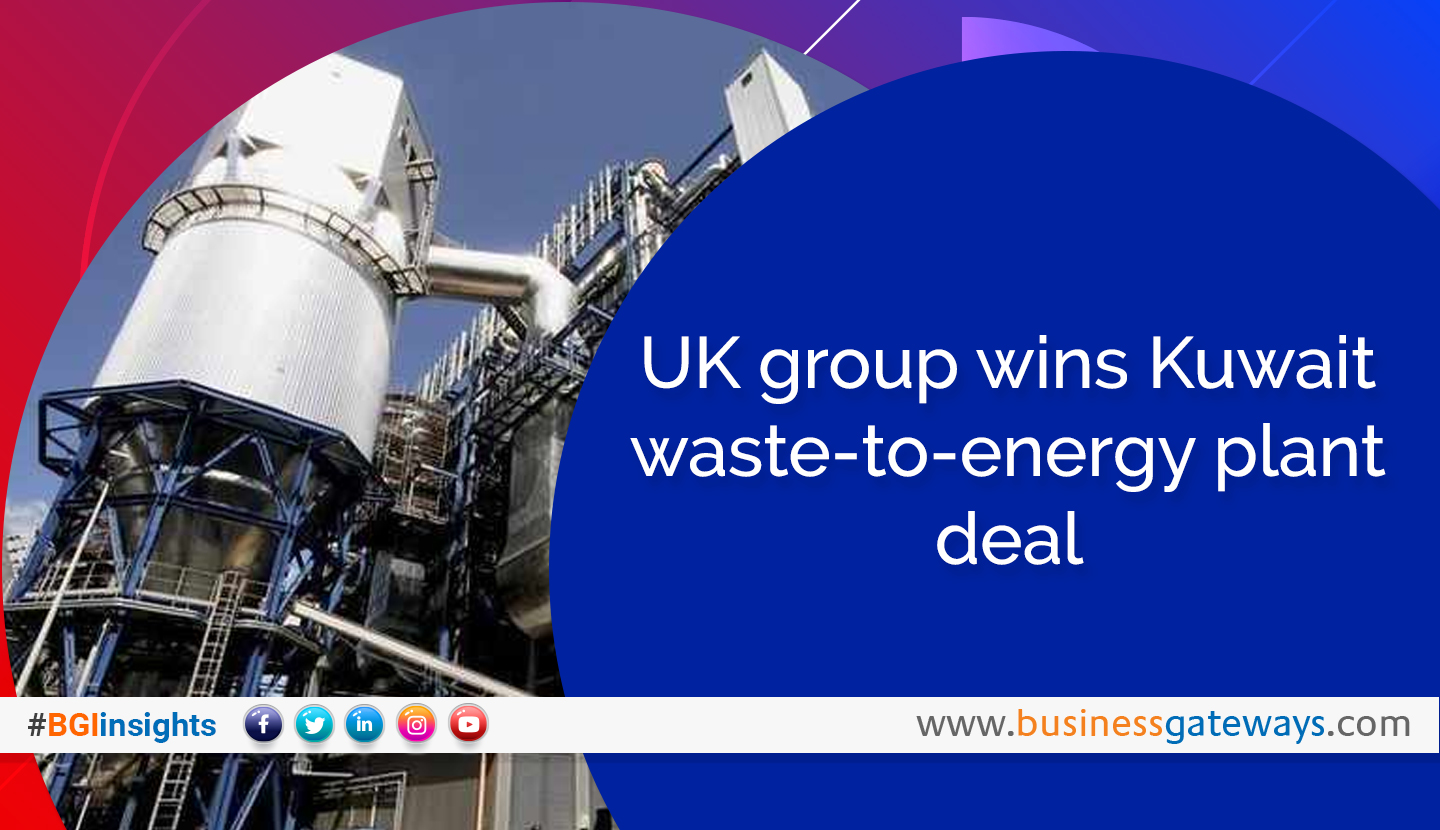 UK-based Addfield Environmental Systems said it has been awarded a major contract by a Kuwaiti group to set up a waste-to-energy plant in the country. Construction work on the mammoth project will begin later this month.

The largest waste recycling operator in Kuwait is expanding its operation with the addition of a brand new specifically designed facility developed exclusively for the safe destruction of clinical waste, said the company in a statement.

It is designed to process up to 1,000 kg of material per hour through a fully automated stepped hearth incinerator.

The customer had selected Addfield after reviewing other manufacturers from England, France, Germany, and the US due to its established reputation in this arena for delivering consistent high-quality solutions for many large incineration facilities internationally, said a company spokesman.

As the final stages of the project are formalised Addfield is beginning to gather its team in preparation for the build of an impressive multi-million-pound clinical waste-to-energy facility for their customer in Kuwait, he stated.

Construction on the project will begin later this month at Addfield's dedicated facility in the heart of Great Britain in Staffordshire before being completed on-site in Kuwait later in the year, he added.

On the contract win, business development director James Grant said: "This is another fantastic project for us to work on following the success we have seen with installations of this scale in the UK and Europe landing another project, which will be starting so soon is recognition not just of the quality of work that we deliver at Addfield."

"But also confidence in the recognition at Made in Great Britain still carriers a rightfully recognised esteem around the world. We are really proud to be starting the new year in such a great position. This is just the first of many projects we are looking at in this region and we are very proud of the quality of work of our team," he stated.

Another clear investment in the recognition of the quality and reliability of British manufacturing, as celebrated by the Department for International Trade ‘Exporting is Great’ initiative, stated Grant.

Having an expected operational life in excess of 20 years Addfield will ensure that the entire system is capable of being operated and maintained in-country. Delivering a fully comprehensive programme of operation and maintenance training for local engineers during the final installation and commissioning stage, he added.