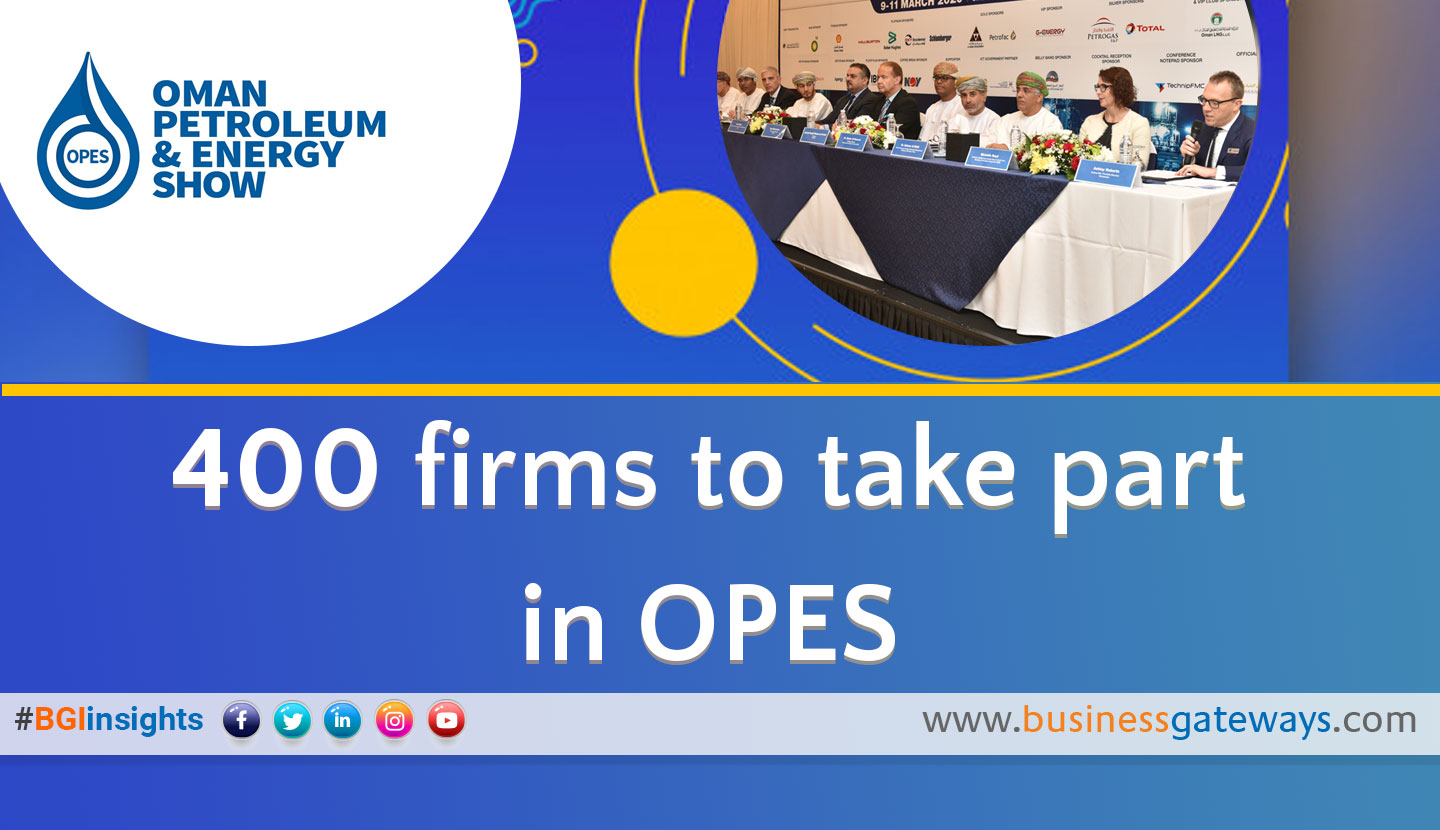 Oman’s biggest oil and gas event Oman Petroleum & Energy Show (OPES), will take place at the Oman Convention & Exhibition Centre from March 9 to 11. It is considered one of the important oil and gas events in the entire Middle East.

More than 400 local and global oil and gas companies from over 20 countries are participating in OPES, with some of the biggest oil and gas companies such as BP Exploration, PDO, Schlumberger, Oman LNG, Halliburton, Shell, Qatar Petroleum, MOL Group, Baker Hughes, CTS Middle East, and many more. Speaking to reporters after a press conference on Sunday, Salman al Shidi, director-general of petroleum investment management at the Ministry of Oil & Gas, said that OPES will be a grand event as they expect around 250 presentations from delegates from 20 countries.

On queries about the impact of coronavirus outbreak on the proposed conference, Shidi said there could be some impact as delegates and companies from China are not coming. Ashley Roberts, acting general manager and portfolio director at Omanexpo, said they are taking extra precautions in the wake of the global threat from the virus.

“There will be medical facilities nearby and we will put plenty of sanitisers to ensure the safety of the participants.” About China, he said that some delegates who were supposed to make presentations have cancelled their participation.

About the show, Roberts said, “The initiative by pioneer organiser Omanexpo comes in light of its renewed commitment to better align its objectives with the continued growth and expansion of the oil and gas sector in the sultanate of Oman.”