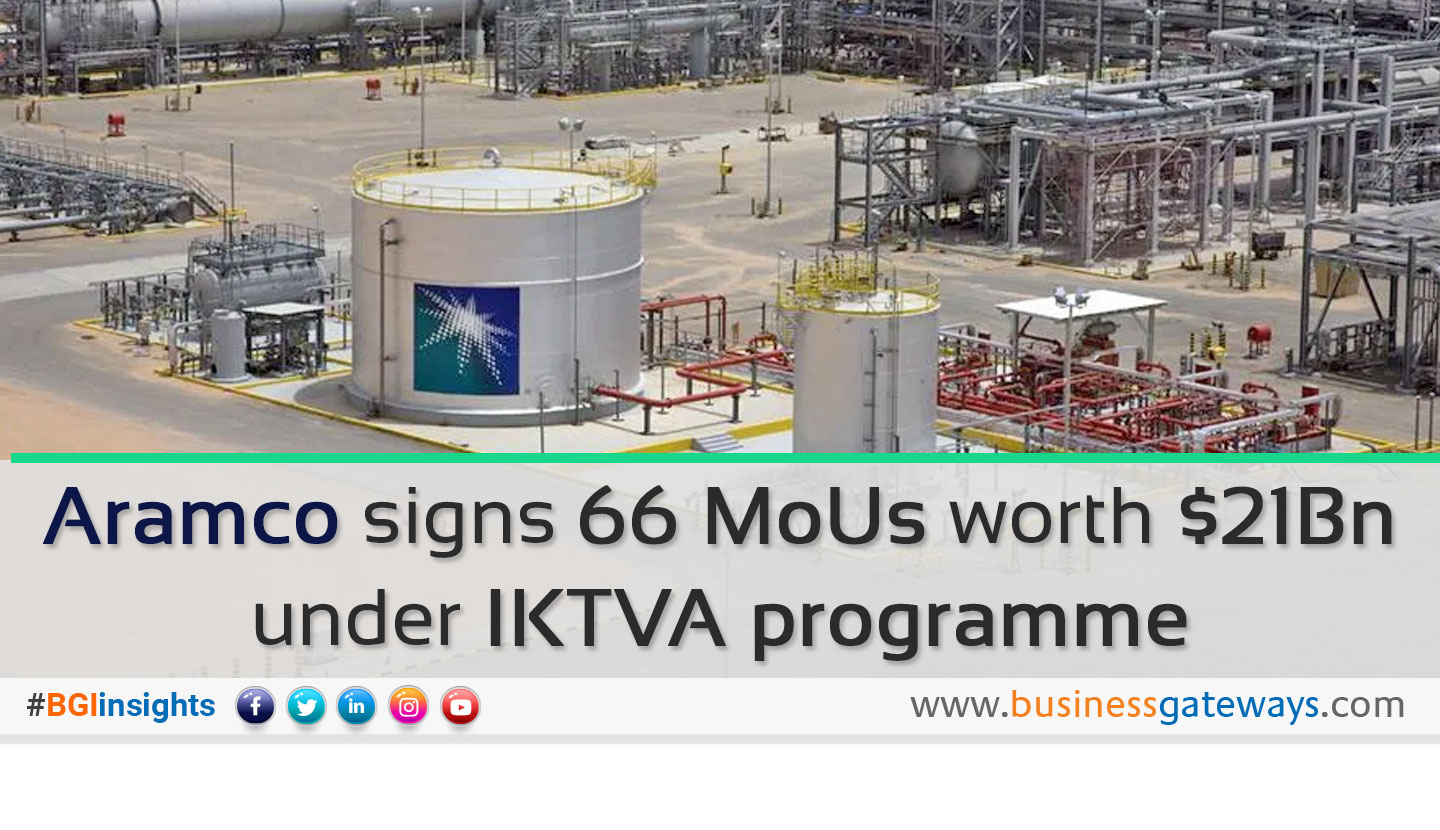 Saudi Aramco has signed 66 memoranda of understanding (MoUs) and strategic and commercial collaborations valued at more than $21 billion with international partner companies and entities from 11 countries in several industrial and business sectors under its In-Kingdom Total Value Add (IKTVA) Programme.

Since its inception in 2015, Saudi Aramco’s iktva programme has demonstrated the inherent benefits of creating successful partnerships with business, government, and academia. The synergy driven by the iktva programme has delivered greater levels of prosperity for the kingdom, the local business community and Saudi Aramco with 56% of procurement spent in-Kingdom in 2019.

The joint venture will be a multi-sectorial non-metallic investment platform designed to innovate, develop and manufacture composite materials for both oil and gas as well as non-oil and gas applications. The JV will leverage polymer materials and state-of-the-art manufacturing processes to deliver transformational non-metallic products, starting with reinforced thermoplastic pipes (RTP) and an investment of around $110 million. The JV facility will be located at the King Salman Energy Park (Spark), and will serve the Mena region.

Saudi Aramco’s participation in the NM JV aims to help promote the use of RTPs which consume less energy and are less carbon intensive compared to conventional steel pipes.

The NM JV is in line with Saudi Aramco’s strategy to support R&D, and deploy lower carbon intensity applications and products that are derived from oil.

Amin H Nasser, Saudi Aramco president and CEO, emphasised the impact of partnerships in creating a highly efficient, cost-effective and reliable supply chain by stating: “Future readiness is forged from a culture of excellence - by giving people the skills they need to succeed in the jobs of the future. We’re enabling a vibrant commercial ecosystem that will drive efficiency and reliability of our operations. Through effective governance, iktva has created infrastructure, streamlined processes, and built capabilities that improve return on investment and leverage greater value for our company.”

Nasser said the IKTVA programme has a win-win nature in creating a sustainable vibrant multi-sector ecosystem. “IKTVA continues to open new doors of opportunity by enhancing the business environment for young Saudis, for entrepreneurs and for businesses, big and small. Ultimately, what counts is the impact it has on people’s lives – that’s iktva in action,” Nasser said.

In addition to the signing of MoUs and commercial collaborations, an awards programme was held to celebrate the programme’s success stories for the year.

The "IKTVA" programme has attracted 468 investments from 25 countries with an estimated capital expenditure of $6.5 billion, resulting in 44 industrial facilities completed to-date, with another 64 facilities under construction. These investments contribute to building an integrating Saudi supply chain and bringing new capabilities to the kingdom, such as the first facility for plate casing, the first reinforced thermoplastic pipe (RTP) plant, and the first facility for drilling motor relining.