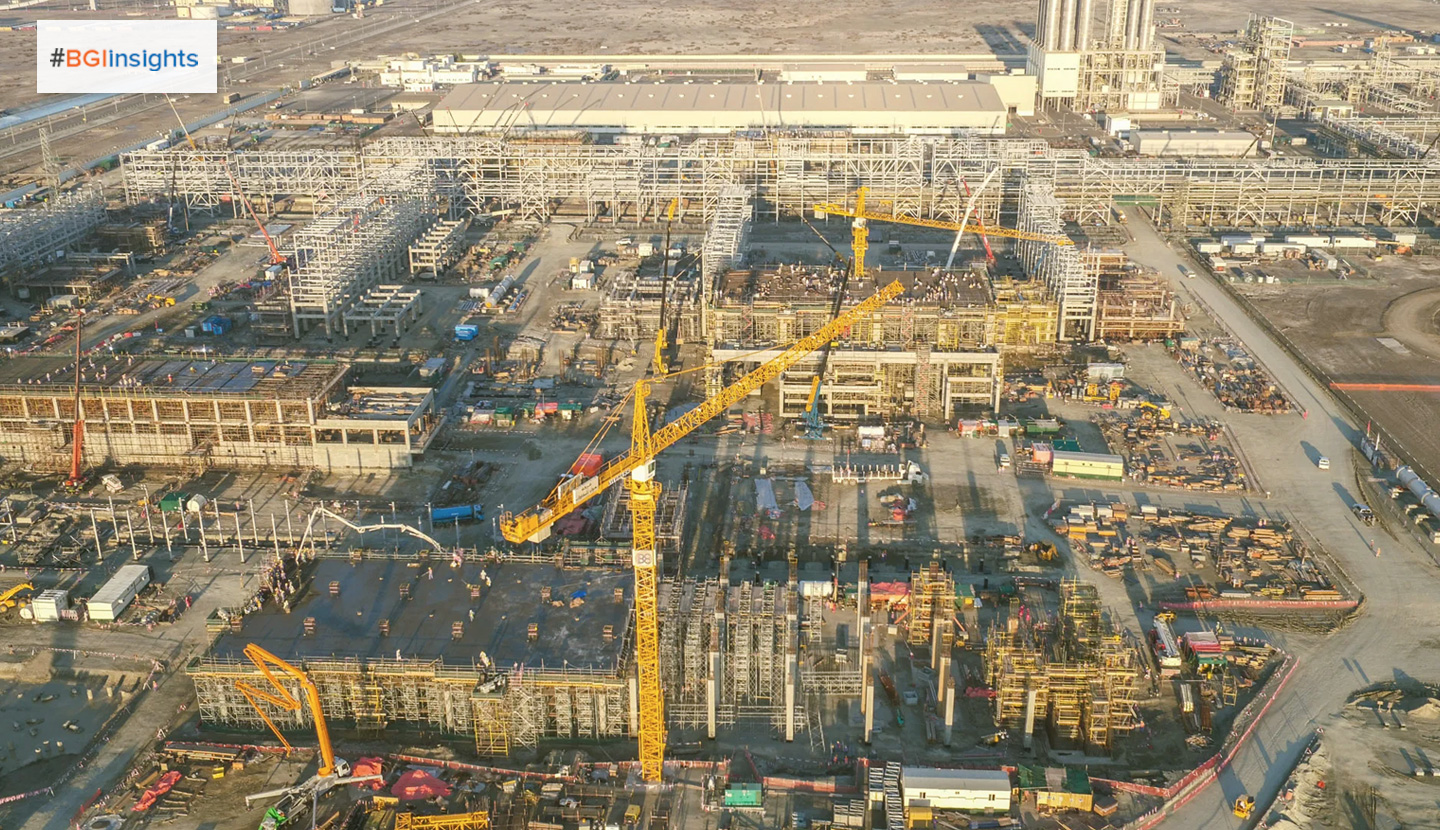 Officials at OQ (formerly Oman Oil & Orpic Group) announced recently that a key component of the mammoth $6.7 billion venture achieved a “major milestone” in its construction and delivery.

The Natural Gas Liquids (NGL) extraction plant at Fahud, representing the midstream section of the giant petrochemical scheme, had successfully completed a maiden test run last week, according to the government-owned energy powerhouse.

A post by a senior project official said: “Major milestone achieved on 24 April when Fahud NGL extraction plant successfully passed its 72 hours runs test exceeding the contractual NGL recovery guaranteed figures. Hats off to the team that made this possible despite the extreme constraints faced due to non-availability of critical vendors and tough COVID-19 mobility restrictions of resources and materials!”

The giant project, formally known as Liwa Plastics Industrial Complex (LPIC), is billed as the ‘jewel in the crown’ of OQ’s so-called ‘transformational projects’. Besides optimising value generation from Oman’s hydrocarbon resources, the multibillion dollar petrochemicals scheme has the potential to spawn investments in downstream and ancillary ventures, thereby creating opportunities for job creation and SME development on a sizable scale.

Significantly, the test run of the Fahud NGL facility came three years to the week OQ’s predecessor broke ground on a site in Fahud in Dhahirah Governorate for the construction of an NGL extraction plant that provides feedstock for the main integrated complex located 300 kilometres downstream in Sohar Port.

The NGL plant was built by the partnership of GS Engineering & Construction of South Korea and Mitsui & Co of Japan, which won a contract valued at around $700 million for the execution of the facility on an Engineering, Procurement and Construction (EPC) basis. Located close to the hub of the North Oman gas grid in Fahud, the plant is designed to extract natural gas liquids (NGL) from the gas, which is then transported via dedicated pipeline as feedstock to LPIC’s Sohar complex. A 14-inch, 300km pipeline, which links the Fahud and Sohar components of the project, had reached the ‘ready for start-up’ (RFSU) phase in late February. Total output from Fahud is estimated at over 1 million tons of NGLs per annum.

At Sohar Port, work on the two main packages of the Liwa Plastics complex is close to 100 per cent completion. The centrepiece is an 880,000 tons/year mixed feed cracker designed to process 36,000 barrels per day (bpd) of light ends from the adjoining Suhar Refinery and 24,000 bpd of NGLs from Fahud. At full capacity, the complex is capable of producing 1.1 million tons/year of petrochemicals, comprising 800,000 tons/year of polyethylene and 215,000 tons/year of polypropylene. Together with output from OQ’s existing plants, total production of polymer from the integrated complex at Sohar Port is expected to rise to 1.4 million tons/year.