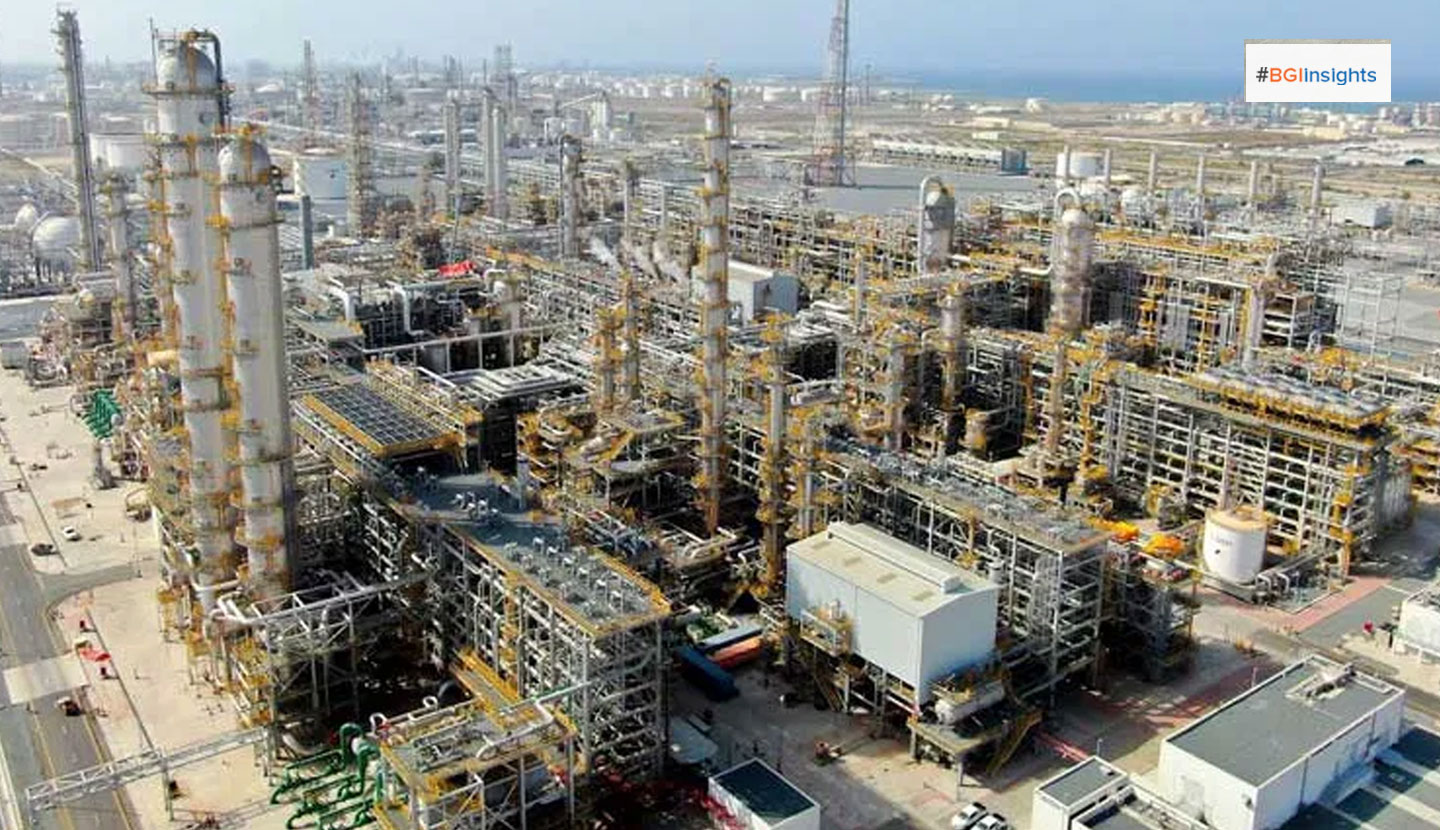 The Sultanate’s biggest petrochemicals investment to date — the giant Liwa Plastics Industrial Complex (LPIC) – is on track to commence commercial production later this year, according to a high-level official associated with this signature project.

“We are establishing a state-of-the-art, integrated refinery and petrochemical facility combination”, said Al Jahdhami. “With LPIC coming online, we are one step closer to realising our vision for diversifying our Downstream portfolio in Oman. This transformational project will firmly put the Sultanate on the global petrochemicals map and enhance OQ contribution to the national GDP,” he added in an interview published by the Anglo-Omani Society (AOS), a UK-based charitable organisation committed to sustaining close ties between the Sultanate and Britain.

The article, titled ‘Oman British Business Council (OBBC) Spotlight on Oman’s Mega Petrochem Project’, highlights the significance of the venture to the Sultanate’s aspirations as a world-scale petrochemicals player.

The mammoth scheme, divided between two locations 300 kilometres apart, commenced trial operations in May this year, heralding a new era in petrochemicals production with the potential to catapult the Sultanate into the ranks of the world’s leading producers.

While the centrepiece of the project is located within the industrial port at Suhar, a Natural Gas Extraction (NGL) facility has been set up 300 km upstream at Fahud. Rich gas pumped from Fahud via pipeline is processed by a huge steam cracker built at the downstream end, along with light ends produced by OQ-owned plants at Suhar.

The steam cracker will enable the production of polyethylene (PE) for the first time in Oman, as well as strengthen the company’s polypropylene capabilities.

At full capacity, Liwa Plastics will boost OQ’s production of polyethylene and polypropylene to 1.4 million tons.

Significantly, the LPIC plant has begun manufacturing a resin sample of polypropylene for the first time based on new technology provided by Rotterdam-based LyondellBassell. A leading licensor of polyethylene and polypropylene technologies, LyondellBassell was selected by OQ to provide its proprietary Spheripol process technology for the 300,000 tons per annum (TPA) capacity polypropylene plant that forms part of the integrated Liwa Plastics complex.

Commenting on the importance of the LPIC investment to Oman’s petrochemicals industry and the national economy, OQ added: “With the global market for plastics growing, LPIC will enable Oman, for the first time, to produce polyethylene, the form of plastic that rates highest in terms of global demand, as well as increase the current production of polypropylene.

OQ has also ensured the future-readiness of LPIC by implementing the latest technological advancements at every stage of its construction. Built in accordance with the highest international standards and implemented with best available technology, LPIC sets an industrial benchmark for projects around the world.”