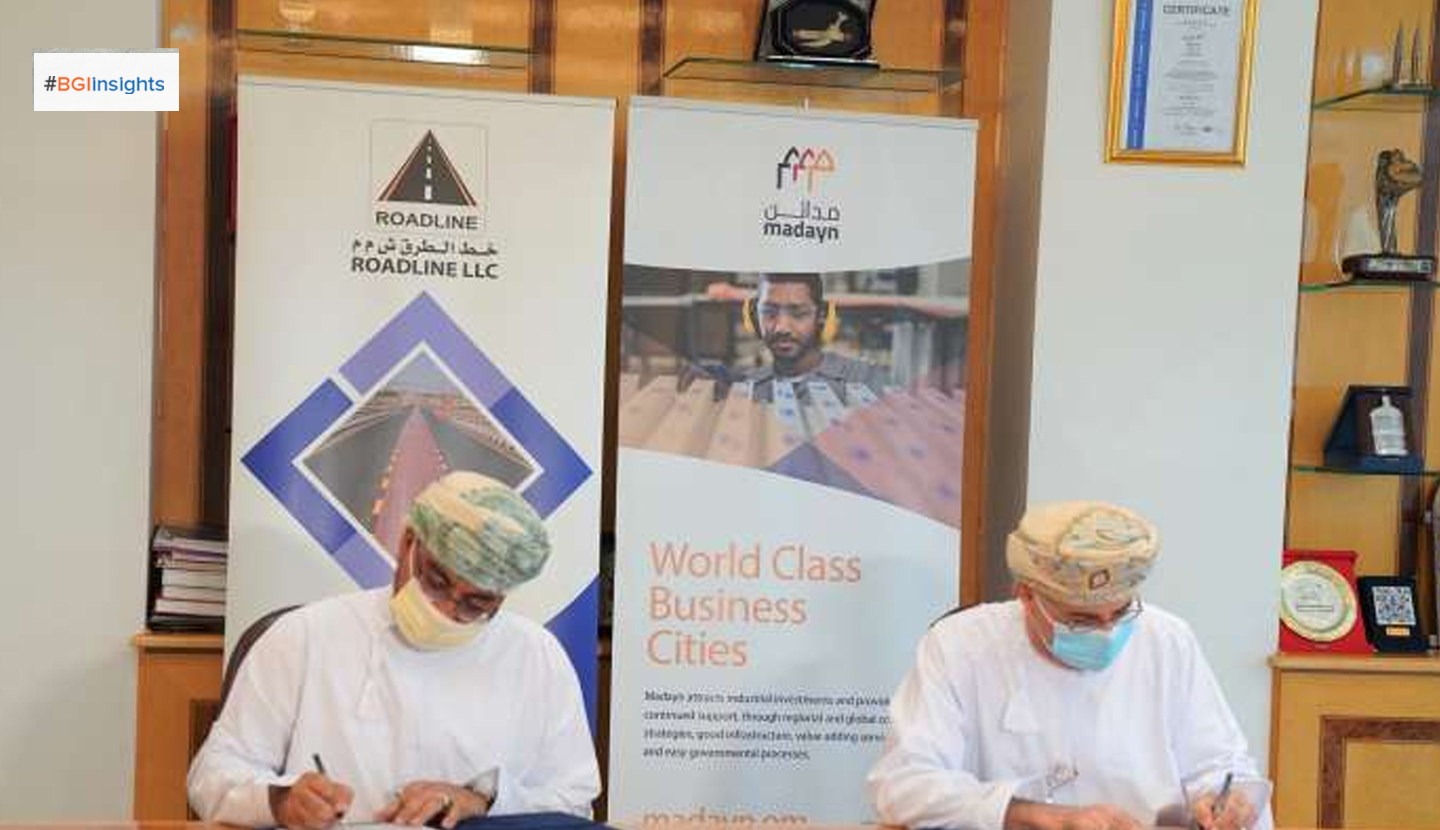 The Public Establishment for Industrial Estates – Madayn has signed an agreement with Roadline Company to implement infrastructure complementary projects at Samail Industrial city, and another agreement with Amazon for Environment and Sustainability to provide a healthy environment in Madayn’s industrial cities. The agreements were signed by Hilal bin Hamad Al Hasani, CEO of Madayn, Dr. Ahmed bin Haboush Al Farsi, CEO of Amazon for Environment and Sustainability, and Eng. Khamis bin Salim Al Souli, CEO of Roadline Company.

It is worthwhile to mention that Madayn is currently implementing a number of key projects in Samail Industrial City, which include the facility building. The completion rate of this project has exceeded 54%. Through such projects, Madayn aims to present a variety of facilities and incentives to encourage local, regional, and foreign investments in its industrial cities, and contribute to the growth of the Sultanate’s industrial sector. Other projects in Samail Industrial City also include the medical fitness examination project in cooperation with the Ministry of Health, afforestation project, in addition to exploring investment opportunities of establishing housing projects for the workforce in the industrial city.

Al Muniri added that Madayn is constantly working on evaluating the environmental performance of the industrial sector in order to achieve sustainability and positive impact at both economic and societal levels. “The new investments are required to incorporate this key aspect in their strategic and operational plans, which will eventually enhance their competitiveness. In fact, many of the industrial units and projects in Madayn’s industrial cities have begun to realise the significance of sustainability in the industrial sector through preserving the environment and achieving economic returns simultaneously,” he added.