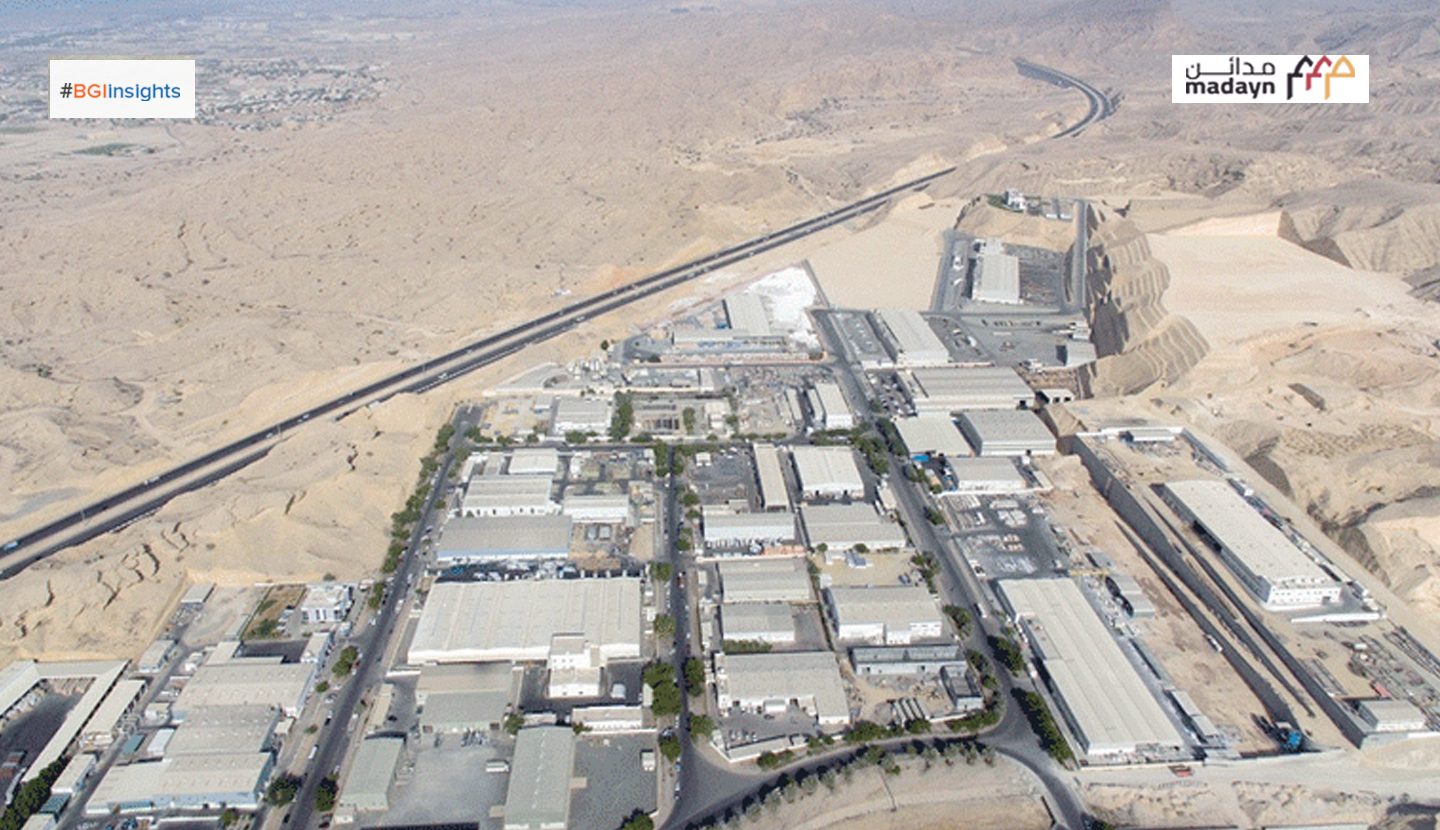 The Public Establishment for Industrial Estates (Madayn) celebrated on Tuesday the launch of Madayn Vision 2040 at Oman Convention and Exhibition Centre under the auspices of Qais bin Mohammed al Yousuf, Minister of Commerce, Industry and Investment Promotion.

The vision revolves around promoting comprehensive and sustainable economic and social development through strengthening Public-Private Partnership, developing and operating business cities with integrated services, and keeping pace with the variables and adopting best solutions and technologies to meet business requirements while conforming to the environmental standards.

Speaking at the ceremony, Dr Saleh bin Said Masan, Under-Secretary of the Ministry of Commerce, Industry and Investment Promotion for Commerce and Industry, and Chairman of Madayn’s Board of Directors, stated that Madayn Vision 2040 comes in implementation of the directives of His Majesty Sultan Haitham bin Tarik for the government bodies to develop long-term strategies and plans in pursuance of Oman Vision 2040.
Hilal bin Hamad al Hasani, CEO of Madayn, pointed out that Madayn Vision 2040 is derived from the national priorities and goals of Oman Vision 2040 for the coming period.

“Madayn Vision 2040 outlines 26 institutional goals and policies, through which we intend to implement 42 programmes and 384 scheduled projects. Through this vision, we aim at achieving RO 15 billion of investment volume, and localising projects that shall touch 10,000 projects in various fields towards the end of the plan. Of these projects, we aim at localising 6,500 industrial projects (factories) that shall provide around 270,000 job opportunities,” Al Hasani elaborated.

The vision also incorporates the establishment of specialised logistics complexes, light industries complexes, workforce and residential townships, facility complexes, and alternative energy projects in the industrial cities.
During the event, Madayn announced its upcoming major projects, which include the Motcar Project. Motcar is an integrated city specialised in car trading, car spare parts, accessories and services to be established in Suhar Industrial City.

Motcar aims at presenting a regional centre for the import and re-export of cars, machinery and related services to and from various countries with a focus on the Middle East and North Africa region.
Madayn also announced Nafith Oman Project, which is an integrated system that aims at managing and facilitating the entry and exit of vehicles to/from the current and future industrial cities of Madayn. This project represents a key pillar of the infrastructure development strategy of the industrial cities to keep pace with the technology trends and provide value-adding services.

Throughout its 2011-2020 plan, Madayn was able to attract and localise investments valued at more than RO 3.3 billion, that is to say it has achieved more than 72 per cent of the target value.

With regard to the number of projects, Madayn came close to achieving 85 per cent of the target as it was able to localise more than 1,650 projects in various sectors in its ten-year plan. Today, the number of these projects is approaching 2,400.