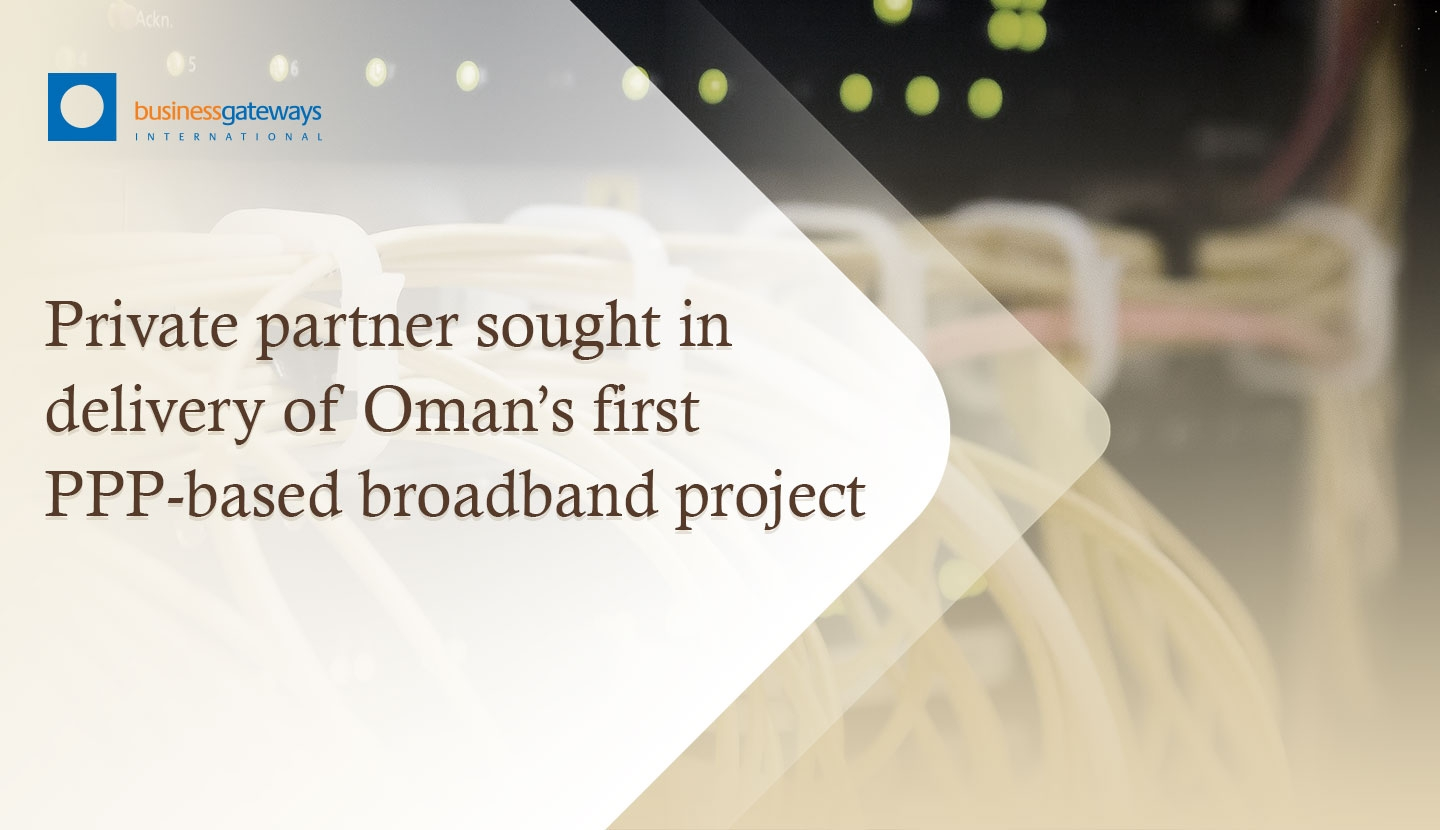 Pilot venture: Oman Broadband is seeking a qualified partner to finance and build the FTTH network in certain defined areas within a specific delivery timeline.

Wholly government-owned Oman Broadband Company has invited private investors to participate in the construction of a fibre-to-the-home (FTTH) network on a build, finance, operate and transfer (BOOT) basis — the first such project of its kind to be procured under the Public-Private-Partnership (PPP) model.

Oman Broadband, set up in 2014 as a joint-stock company, is playing a key role in the implementation of the nation’s e-government, digitalisation and national broadband strategies — aimed ultimately at stimulating the growth of a knowledge economy in the Sultanate.

For the first time, the state-owned entity is turning to the private sector to help with the implementation of key optic fibre-based broadband infrastructure in select parts of the country on a PPP basis.

Significantly, the PPP model is expected to be an increasingly important route for government and public sector organisations in the Sultanate to procure and deliver public infrastructure and services amid the ongoing constrained fiscal and economic environment.

“Oman Broadband aims to apply a Public-Private Partnership (PPP) Model for some of the FTTH projects, where Oman Broadband is seeking a qualified partner to finance and build the FTTH network in the defined areas, within a specific delivery timeline,” the company said in an ‘Invitation to Bid’ floated late last week.

“The selected partner will be mainly responsible for financing, design verification and construction of the FTTH network,” it noted. Deployment of the fibre optic network is planned in parts of the wilayats of Barka and Rustaq.

The network will serve thousands of homes in the areas of Barka al Kwairat, Barka al Sahil, Rustaq al Weshail and Rustaq City Centre. Oman Broadband has proposed a revenue-sharing model for the PPP-based project.

Based on the success of this initiative, Oman Broadband plans to offer other areas for network development on a PPP basis.

March 3 is the final date for the collection of tender documents, with March 23 stipulated as the deadline for submission of technical and commercial bids.

Oman Broadband, part of Oman ICT — a subsidiary of Oman Investment Authority — is currently focused on the roll-out of a passive fibre network infrastructure that seeks to provide equal and open access to telecommunication service providers, on a wholesale basis, and owners and operators of private networks, on a retail basis, thereby enabling end-users to efficiently leverage high-speed fibre in Oman.