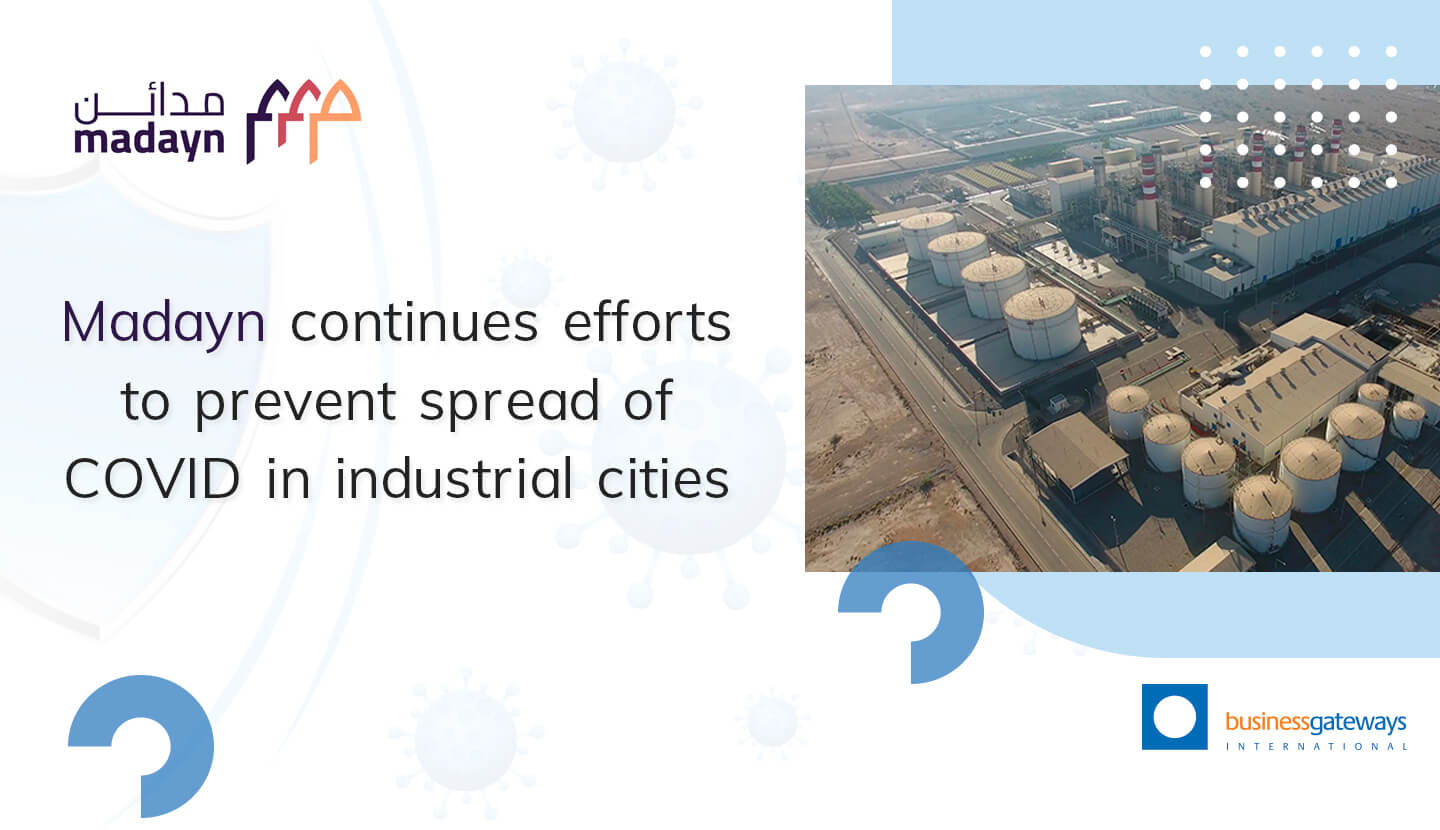 In line with the efforts made to prevent the spread of COVID-19 within the industrial cities, the Public Establishment for Industrial Estates – Madayn is continuing with its monitoring activities to ensure the procedures are implemented in accordance with the enforced measures in Madayn to deal with cases of coronavirus (COVID-19).

Madayn also monitors the duration of closure procedures according to the situation assessment in coordination with the epidemiological investigation team formed by the Ministry of Health.

During the same period, Madayn, in cooperation with Oman Investment and Development Holding Company (Mubadrah), implemented sterilisation and disinfection operations for 224 industrial units in addition to sterilisation operations that included all the administration buildings in the industrial cities, Knowledge Oasis Muscat and Al Mazunah Free Zone. It is worthwhile mentioning that Madayn Emergency Room has received 2088 communications during the same period.

During their field visits, Madayn officials aim at spreading awareness on workplace safety and health practices among the workers in the companies and factories and imposing penalties on the industrial units that are not adhering to the precautionary procedures.

Such violations include the lack of personal protection tools; absence of physical distance between workers, especially those operating in production lines, and during rest areas; invalidity of temperature measurement devices with inaccurate readings; and insufficient quantities of hand sanitisers at the workplace.