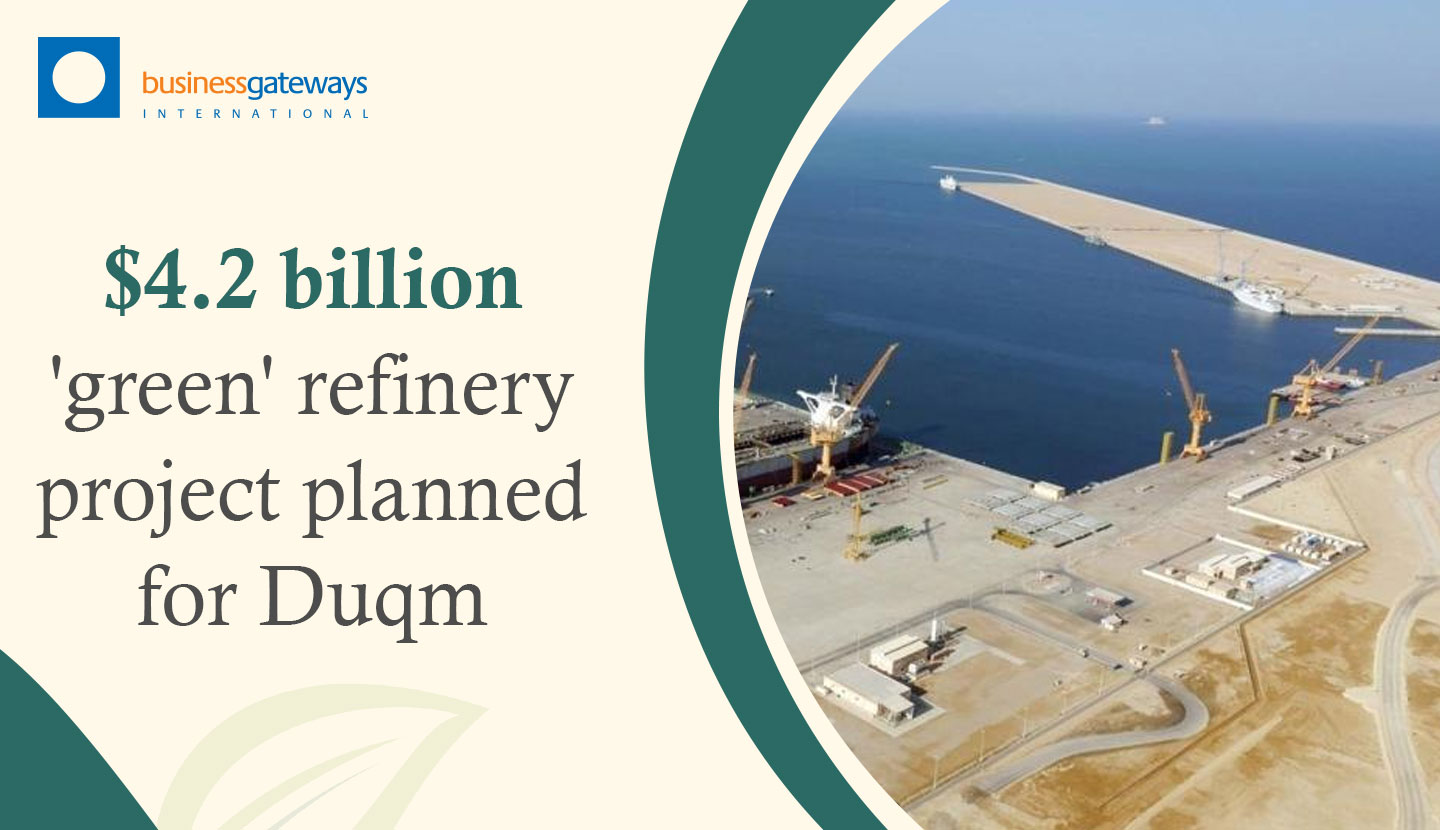 A refinery employing environment-friendly technology is being set up in Oman's Duqm area at a cost of $4.2 billion, a report said.

The plant, being built in the port town of Duqm through a public-private partnership between the Oman government and Canada Business Holdings, in collaboration with the Special Economic Zone Authority at Duqm (SEZAD), will refine petroleum using technology that is less harmful to the environment than conventional methods, said the Time of Oman report.

The plant will use technology that reduces, among other hazardous wastes, the amount of sulphur emissions produced during the processing of producing petroleum. Sulphur dioxide and other oxides contribute to acid rain, which could harm fragile natural ecosystems and damage trees by stunting their growth and harming their foliage, the report said.

“The chemical processes designed for our green petroleum refinery attempts to address such issues and fill in the gaps in conventional extraction processes, so that we are able to protect the planet even while processing natural resources,” Solemon said. “It is important we use modern technology responsibly.”

Expressing gratitude to the Omani government for enabling CBH to set up this plant, the company’s CEO added that the green extraction processes here would minimise the environmental impact such refineries have on the quality of air, soil and water in the country.

The company is also looking to build a urea and ammonia plant in the country which will use excess carbon dioxide to make fertiliser that can be used in the country’s agriculture sector, as well as exported to other countries, reducing Oman’s needs to import the same from abroad.

Aman Rustagi
32 days ago
We are a civil construction contractor for any type of industrial or commercial project.