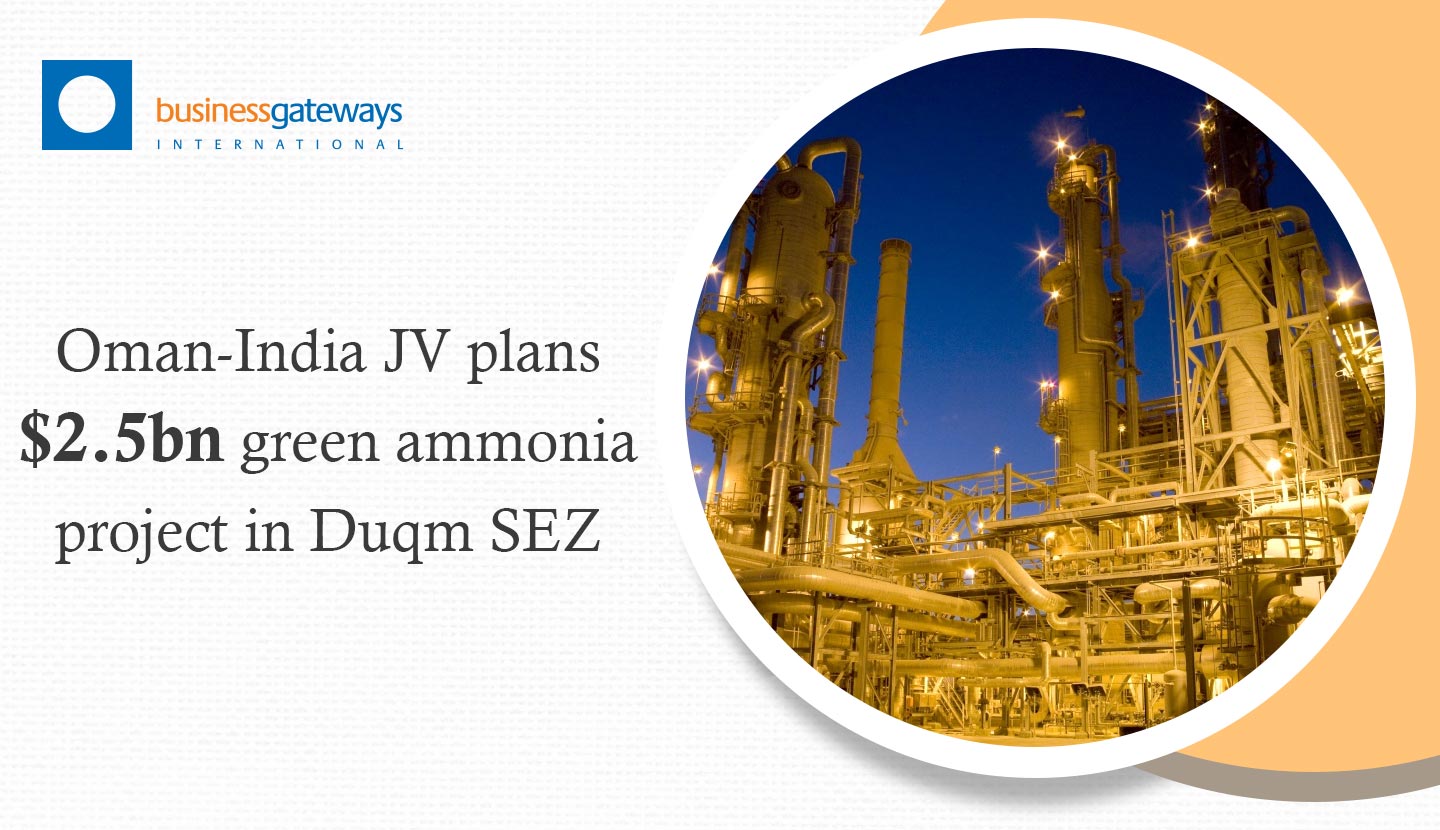 A partnership of the Oman Company for the Development of the Special Economic Zone at Duqm (Tatweer) and India’s biggest solar developer ACME Solar Holdings Ltd has unveiled plans to invest $2.5 billion to manufacture green ammonia and green hydrogen in the Duqm SEZ.

According to reports in the Indian media, the clean energy initiative will supply green ammonia to markets in Europe, America and Asia.

A memorandum of understanding (MoU) to set up a large-scale facility to produce 2,200 metric tonnes of green ammonia has been inked, local media reports quoted ACME Group as stating.

Green hydrogen gas is produced by splitting water into hydrogen and oxygen using an electrolyzer, and is powered by electricity generated from clean energy sources such as wind and solar.

ACME has chosen Oman for its first large-scale green ammonia commercial project considering its strategic location, the support received from the government bodies and high solar irradiation in the country.

Tatweer and ACME have identified the land parcel in the Duqm region to set up a large-scale facility of producing 2,200 MT of Green Ammonia per day with an investment of about $2.5 billion,” the Acme Group statement said.

ACME Solar, founded in 2003, has 2.9 GW of commissioned projects and 2.6 GW in pipeline spread across 13 states in India.

“ACME’s green initiatives in green hydrogen and ammonia sector begin with its pilot project in Rajasthan, India, which is currently under construction and will be operational by April 2021,” the statement added.

Salim al Sulaimani, CEO of Tatweer, said this facility is aimed towards achieving Oman Vision 2040 in alternative energy and to boost bilateral ties with India.