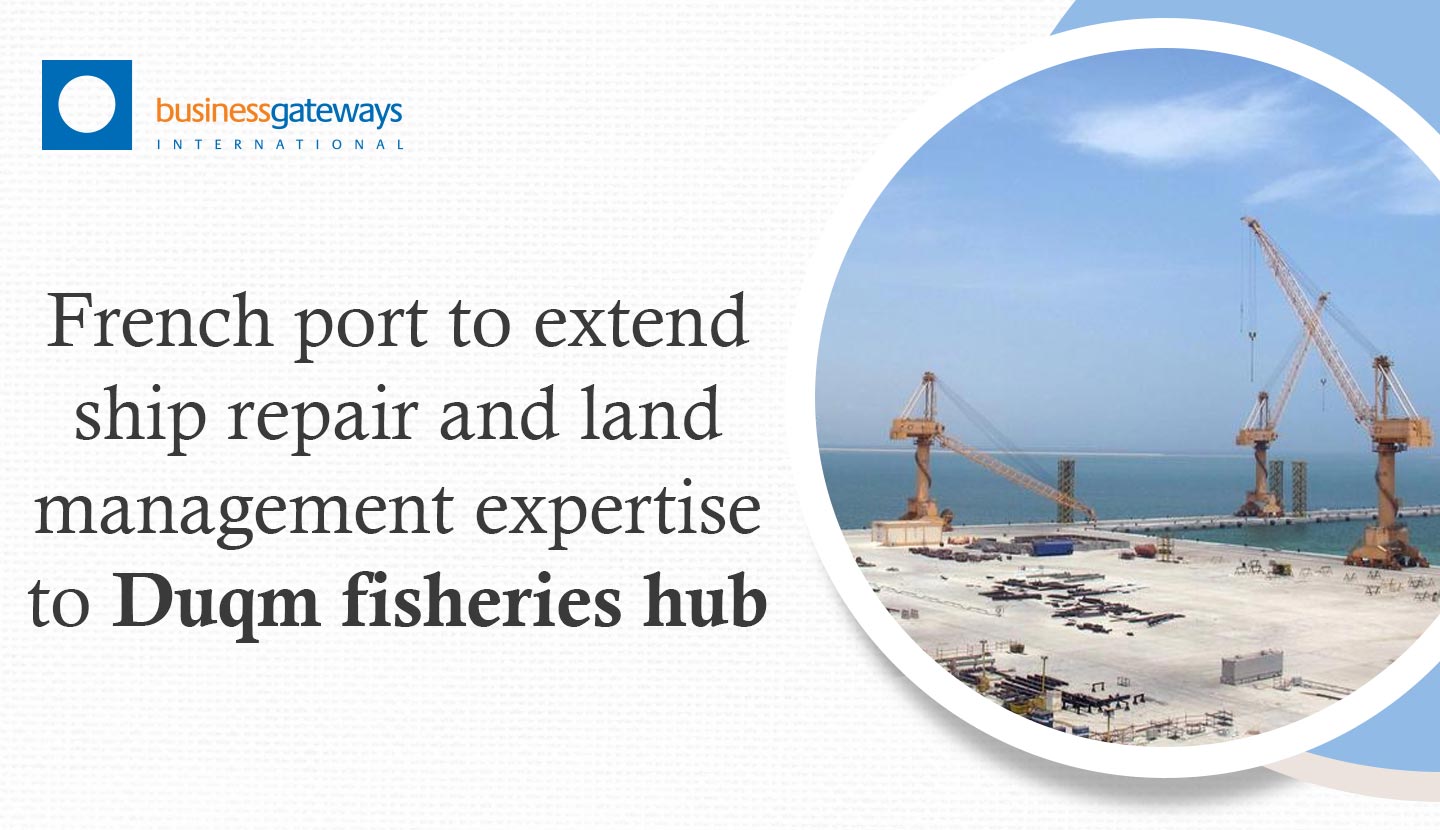 Leading French fisheries port operator SEM Lorient Keroman says it is committed to sharing its vaunted expertise in fishing, ship repair and land management in the development of an integrated fisheries hub at the Special Economic Zone (SEZ) in Duqm.

Late last year, the Omani government named SEM Lorient Keroman as the winner of a competitive international tender to assist in the establishment and operation of a world-class fishing harbour integrated with a fisheries industrial complex in Duqm.

A consortium of predominantly Omani state-owned enterprises has been given the mandate to develop the mega fisheries hub on the Duqm coast.

The multinational alliance has committed to investing $130 million in the development of the multipurpose fisheries port at Duqm.

The task of providing technical know-how in the development and operation of the multipurpose fisheries port at Duqm falls to SEM Lorient Keroman, which operates the Lorient-Keroman fishing port in the Brittany region of France.

In a recent interview to a local newspaper of the Brittany region, top officials of SEM Lorient Keroman said the French fishing port operator was chosen from among a dozen international bidders that had submitted proposals in response to Oman’s invitation for Expressions of Interest (EoIs) from qualified candidates.

The online publication quoted Maurice Benoish, the former president of SEM Lorient-Keroman, as saying that the Omani-French consortium will pilot the design, construction and operation of the Duqm fishing port on the tripartite organisational model of the Lorient fishing port: fishing, ship repair and land management. “We are going to export the maritime know-how of Lorient,” Benoish further noted in the interview.

With the Omani government having already invested in the maritime infrastructure of the fisheries port, including breakwaters, dredging and reclamation, and quay walls, investment in the landside support infrastructure will fall to the consortium.

This will include investments in auction halls, fish marketing centres, seafood processing workshops, pontoons, boat lift, and so on.

To help budget the entire port complex at Duqm, SEM Lorient Keroman says it has initiated studies that will be overseen by a newly created outfit, SAS Keroman, with SEM Lorient-Keroman as the majority shareholder.

The French port operator also sees the potential to replicate its success in Oman by exporting its maritime expertise globally, according to Olivier Le Nézet, newly elected President of SEM Lorient-Keroman.

“This is the first time that a fishing port has been exported in this way. We are only at the beginning of the adventure,” he told the local publication, adding that the port operator has already been contacted by other countries interested in its expertise.