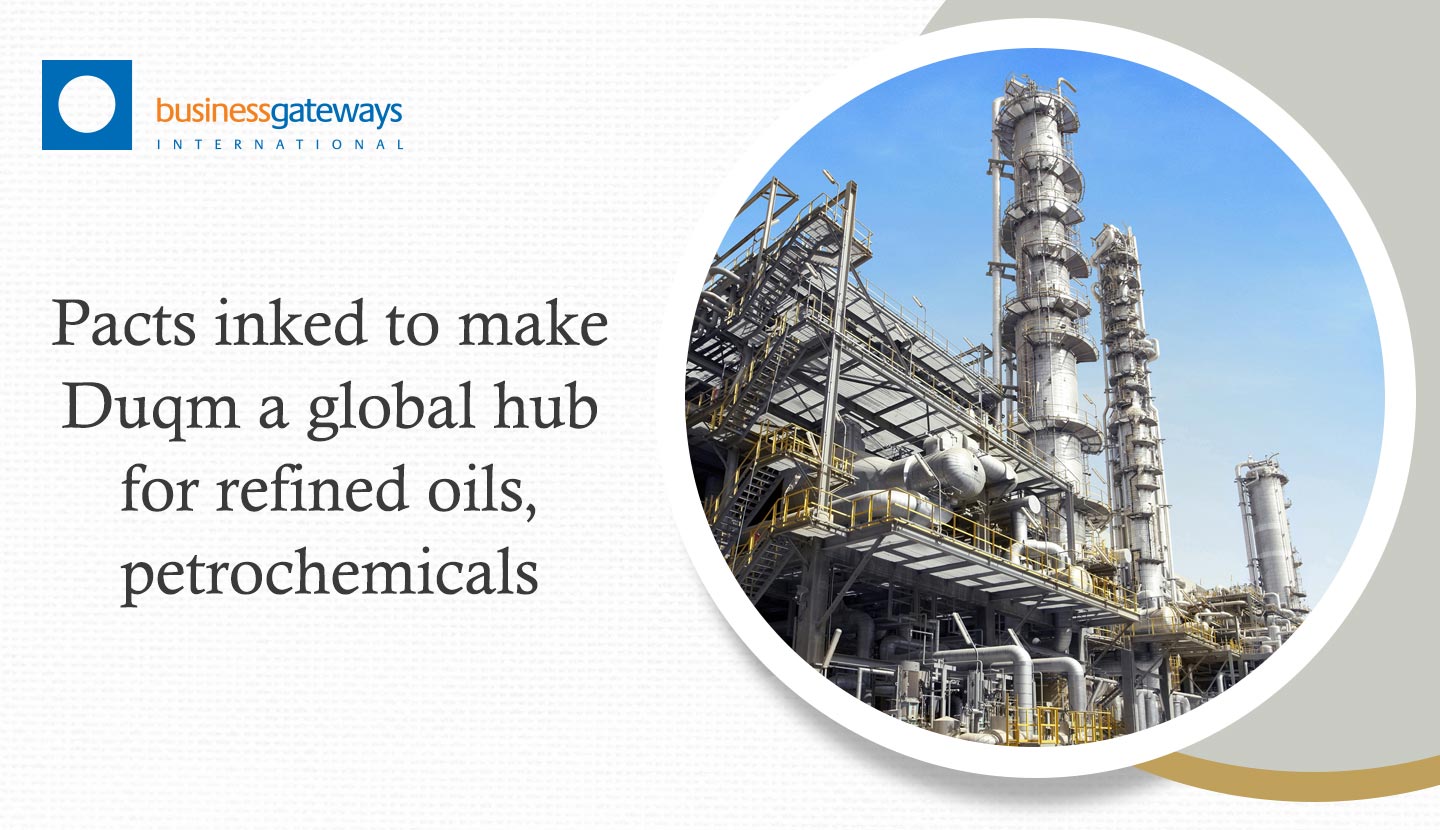 “We are proud to announce that Oman Tank Terminal Company, owned by OQ and Port of Duqm signed two agreements regarding Sub-Usufruct and Berth Operating Licence agreements. This partnership is another firm step to make Duqm a global hub for petroleum and petrochemicals’’, OQ stated in a post on Monday.

OTTCO is overseeing the development of a world-scale Crude Oil Storage Park at Ras Markaz, just 80 km south of the SEZ. Crude storage capacity envisaged at the Raz Markaz is presently estimated at five million barrels.

The terminal is connected to the SEZ and to its grassroots heavy oil refinery via a crude pipeline that will supply feedstock, when required to Duqm Refinery, currently in an advanced stage of construction within the industrial zone.

OQ also tweeted a picture of the Bulk Liquid Berth which is nearing completion within the Port of Duqm. Conceived initially as an export facility for the refined petroleum products of Duqm Refinery, it has since been scaled up to serve assorted international energy firms looking to operate out of Duqm.

Leading global dredging and maritime infrastructure services provider Royal Boskalis Westminster NV was selected by the erstwhile SEZ Authority at Duqm in 2017 to construct the bulk liquid terminal at the Port of Duqm at a cost of RO 199.1 million ($510 million).

The contract called for, among other things, the construction of a 980-metre quay wall, deepening of the port basin to — 18 metres and approach channel to — 19 metres, dredging and reclamation works, and the establishment of a new double berth jetty island.

In conjunction with the project, around 79 hectares of terminal capacity was developed adjacent to the 4.6 kilometre-long secondary breakwater.

However, following heightened international investment interest in Duqm, a further 55 hectares was reclaimed from the sea to create new terminal capacity for current and future companies looking to capitalise on the SEZ’s strategic appeal.

Following the completion of the marine infrastructure, the consortium consisting of CB&I and Saipem commenced construction work on a crude tank farm, product export terminal and other facilities as part of its commitments under the EPC-3 package of the contract for the implementation of the Duqm Refinery project.

Storage capacity planned at the Bulk Liquid Terminal will cater for a variety of refined products emerging from the refinery. But a system of pipelines running from the refinery to the berth will also facilitate the direct loading of ships, particularly in the case of LPG and high sulphur fuel oil.

On the other hand, dry bulk products such as petroleum coke and elemental sulphur will be transported by truck to the terminal and stored in warehouses pending their export to overseas markets.