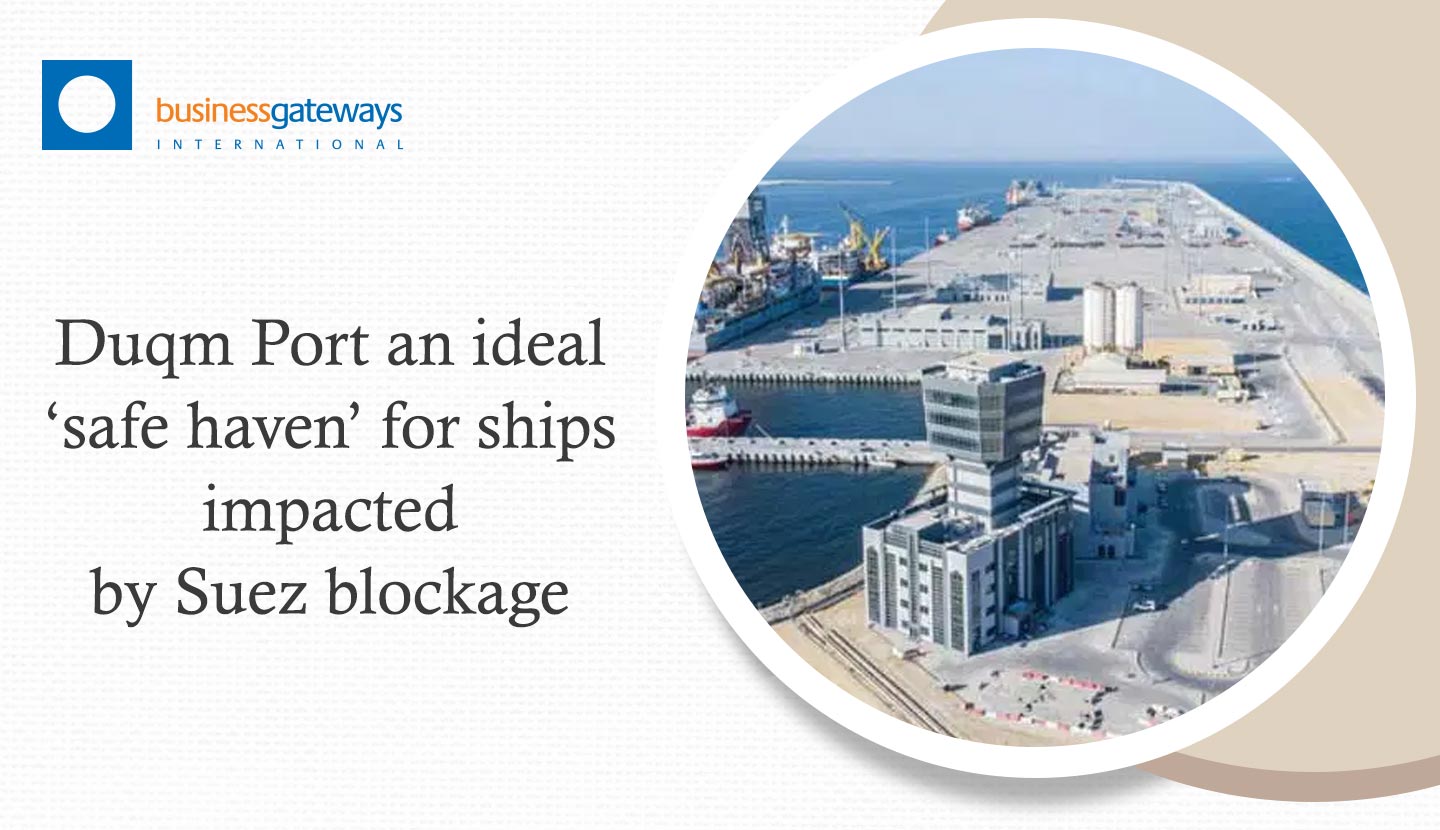 Port of Duqm, which anchors the sprawling special economic zone at Duqm overlooking the Arabian Sea, has invited shipping lines affected by the backlog of vessels making their way through the newly reopened Suez Canal to make use of the Omani port as a ‘safe haven’ until normality in services is fully restored.

The announcement came early on Monday, just before news emerged that the Ever Giver, the mega containership that had been wedged for nearly a week in the canal, had been refloated.

“Port of Duqm is ready to mitigate the challenging situation being faced by the shipping operators who have their ships stuck on the Red seaside of the Suez Canal, due to the grounding of the vessel in the key transitway connecting the East and West trade route.

These ships, mostly carrying shipments bound for Europe, N Africa and US East Coast, can explore the options of offloading their containers or their cargo at Port of Duqm for temporary storage and later on, through the deployment of specific Relief ships of varying sizes, decide to clear these back logs for final delivery to the destination points,” the Omani port said in a series of posts on Twitter.

“By doing so, the major take away for the shipping operators would be a lesser disturbance to the service rotation of the round voyage so that ships on the East-West long-haul services which are the major ones greatly affected can get back to their proforma schedule as quickly as possible,” it stated.

Duqm Port, a partnership between the Omani government and Port of Antwerp, Belgium, citied its “excellent nautical access and marine services including bunkering, five terminals (Multipurpose, RoRo, Container, Navy, DryBulk), a Dry Dock capability within the port,” as ideally placed to serve as a sanctuary for ships impacted by the blockage.

“Port of Duqm is a deep draft port of 18m which can handle mega ships up to 20,000 TEU capacity. Today, it is equipped with enough handling equipment such as harbour cranes to operate independently 24/7.

“The container berth measuring approximately 1,200m, out of a total quay length of 2,200m, has a storage yard capacity designed to hold over 1.2million TEU,” it stated.