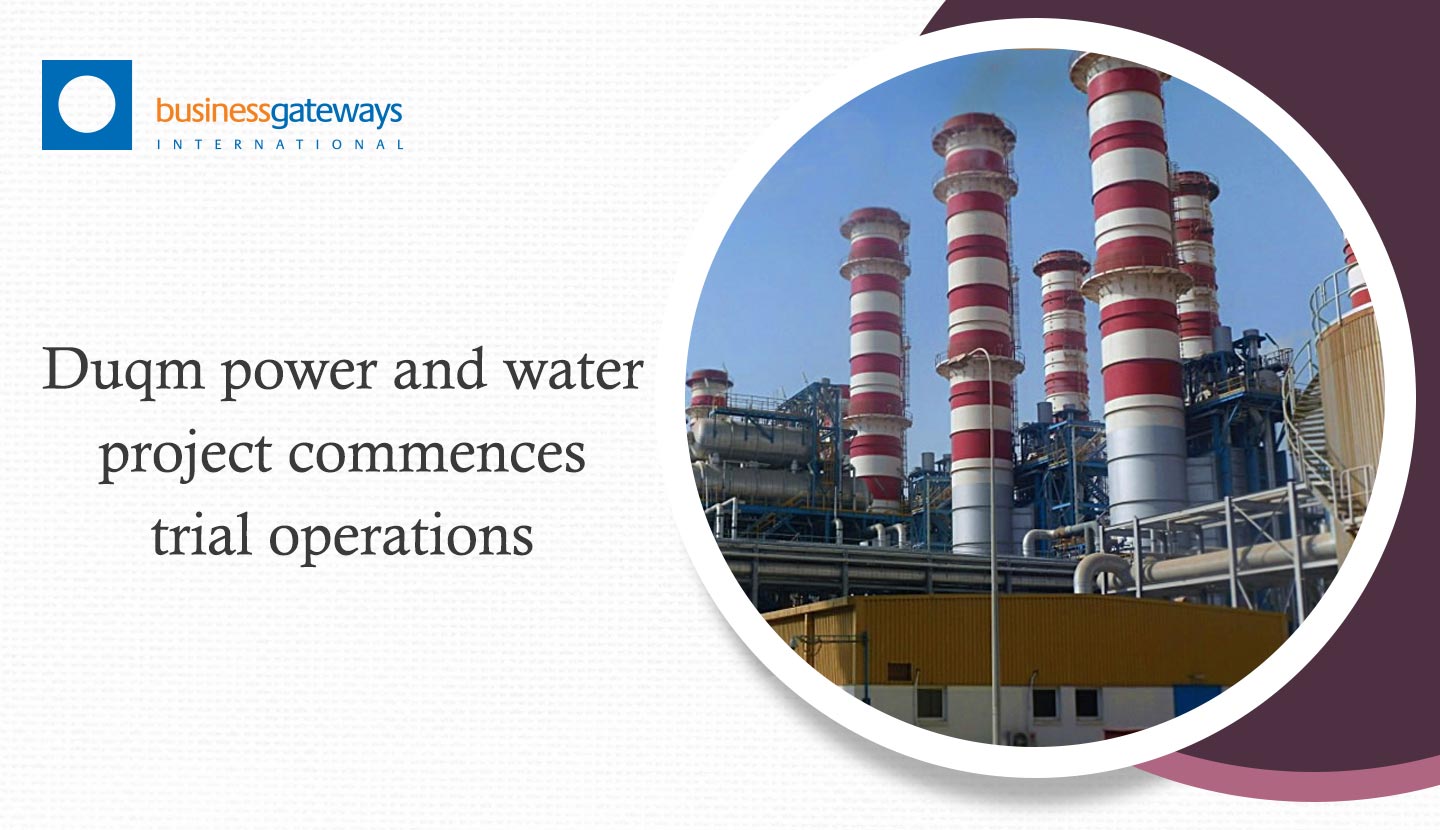 The integrated electricity and water station in the Special Economic Zone of Duqm begins trial operation tests after receiving the first quantities of natural gas designated for its operation. The station’s production capacity is 326 megawatts of electricity and 36 thousand cubic metres of water per day.

The complex is owned by Duqm Power Company, a joint venture between the Central Utilities Company (Mawafiq), which forms part of the OQ (the Sultanate’s global integrated energy group), and Gulf Pacific Holding Company. Total investment in the integrated project is estimated at $480 million.

Construction work on the complex was 90 per cent complete by the end of last month, with five gas turbines installed alongside 5 steam turbines at the site. The plant will supply power and water to the OQ8 starting from later this year.

According to an official of OQ Gas Networks, the pipeline from central Oman was laid at a cost of around RO 98 million. It will provide gas as feedstock for Duqm’s industries, as well as support power generation and water desalination. A Gas Supply Station built at the Duqm end of the pipeline will regulate supply at 15 million cubic metres/day initially, rising to 25 million cubic metres in the future.

At full capacity, the plant will produce 326 MW of electricity and 36,000 cubic metres per day of desalinated seawater. A 132-kilovolt high voltage transmission line also supplies power to the Crude Oil Storage Park at Ras Markaz, located 80 km south of the SEZ. (With inputs from ONA)