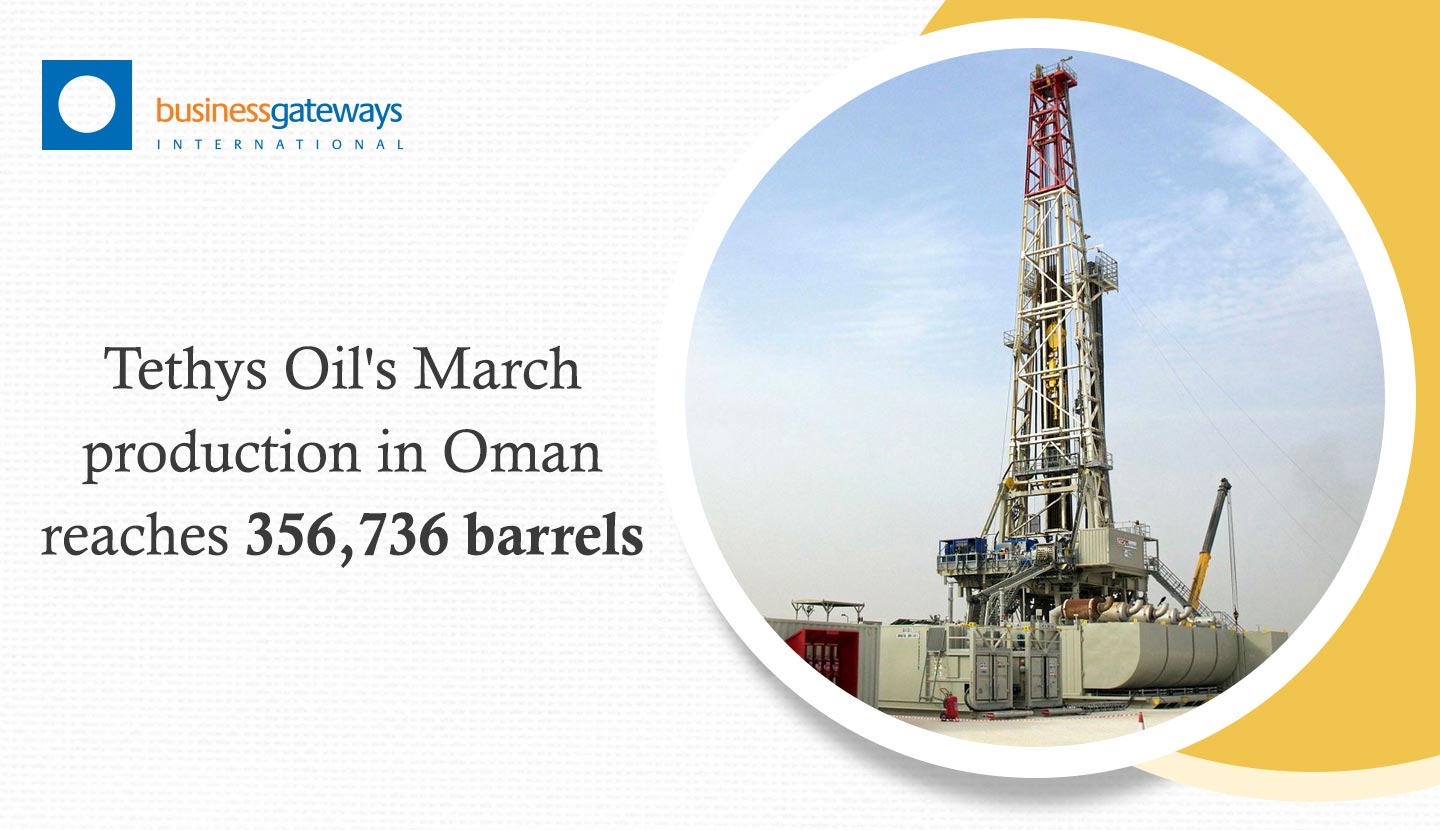 Tethys Oil’s share of the production, before government take, from Blocks 3&4 onshore the Sultanate of Oman amounted in March 2021 to 356,736 barrels of oil, corresponding to 11,508 barrels of oil per day.

The Official Selling Price (OSP) for Oman Export Blend Crude Oil for March 2021 amounts to US$54.79 per barrel. The OSP, as published by Sultanate of Oman’s Ministry of Energy and Minerals, is the benchmark price for Tethys Oil’s monthly oil sales excluding trading and quality adjustments.

Tethys Oil AB, through its wholly-owned subsidiary Tethys Oil Block 3 & 4 Ltd, has a 30 per cent interest in Blocks 3&4. Partners are Mitsui E&P Middle East B.V. with 20 per cent and the operator CC Energy Development (Oman branch) holding the remaining 50 per cent.

Tethys Oil is a Swedish oil company with a focus on onshore areas with known oil discoveries. The company’s core area is the Sultanate of Oman, where it holds interests in Blocks 3&4, Block 49, Block 56 and Block 58.