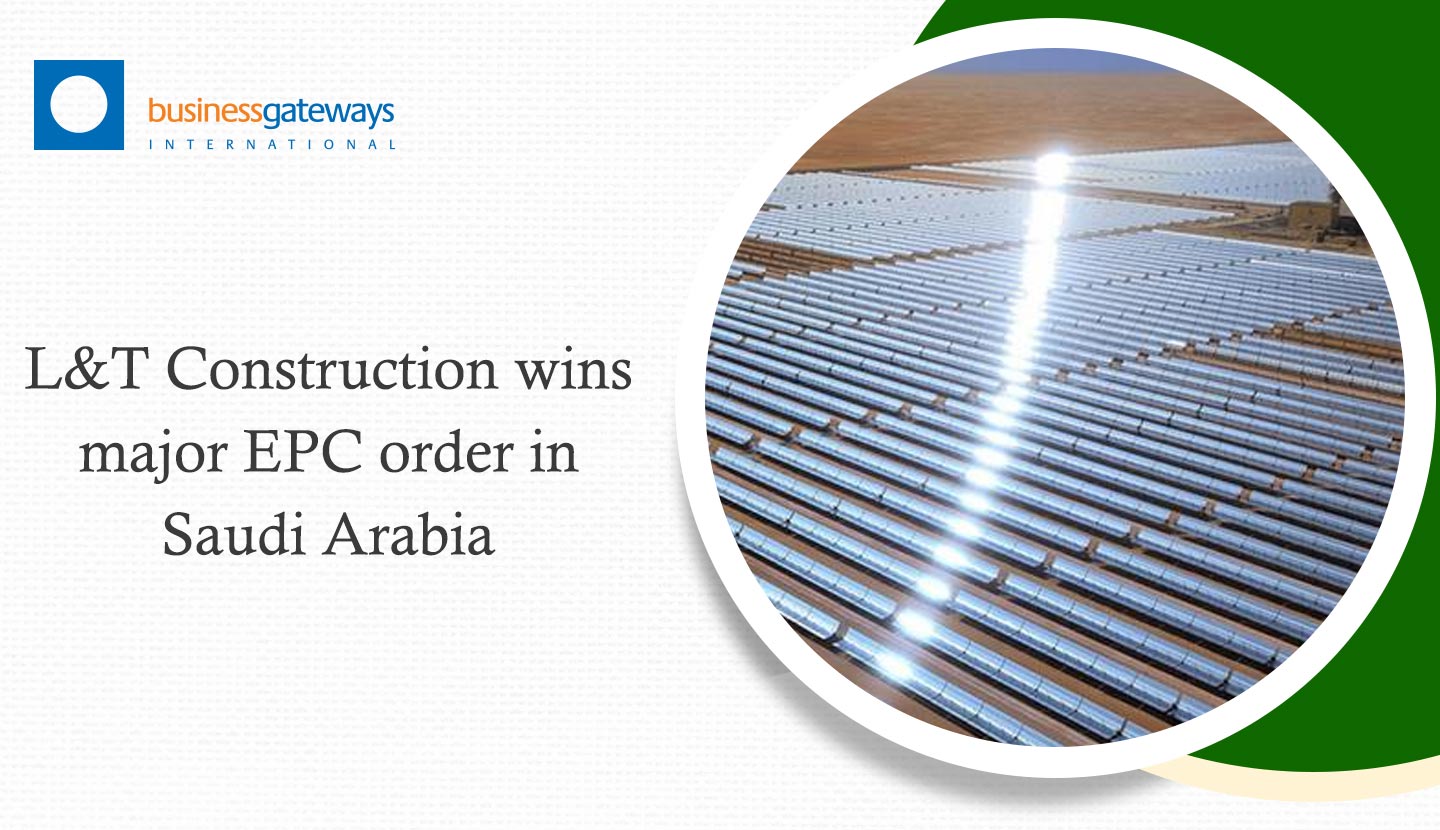 The Renewables arm of Larsen & Toubro’s Power Transmission & Distribution Business has secured a turnkey EPC Contract, from the consortium of ACWA Power and the Water and Electricity Holding Company (a subsidiary of the Public Investments Fund of Saudi Arabia (PIF)), for Sudair Solar PV Project of 1.5GW capacity.

This project is considered the largest solar plant in Saudi Arabia with PPA signed. It is also one of the largest such plants in the world.

The project that is coming up in Riyadh Province has a 30.8 square kilometre land parcel available to install a total capacity of 1.5GW PV Solar modules with associated single axial tracker and inverters.

The ambitions of Saudi Arabia’s National Renewable Energy Program (NREP) are on track. As part of the NREP, Sudair Solar PV Project is awarded to PIF and its partner, ACWA Power. This project is part of the 70% of the target capacity of 58.7 GW of the Kingdom assigned to Public Investment Fund (PIF), while Renewable Energy Project Development Office (REPDO) would undertake competitive tendering for the remaining 30 per cent, as announced by the Ministry of Energy in 2019.

“L&T has been a provider of EPC services for several green projects in recent years. We are India’s largest EPC company to build hydel power plants, the largest market player to build nuclear power plants with a total capability of 9360 MWe, including some ongoing projects, on an EPC turnkey basis with the capacity to make important critical components like steam turbines, generators, end shields and other critical equipment. We have the largest market share of the Flue Gas Desulfurization (FGD) units for fossil fuel power plants. L&T has over 2.1 GW of Utility Scale Solar projects commissioned and are also operating and maintaining several of them. We have a diversified renewable portfolio of 32MW Floating Solar Power Plants, 135 MWH of Battery Energy Storage projects, 500 Micro Grids and 14000 Solar Water Pumps. L&T is also working on potential solutions related to Green Hydrogen and Carbon Capture & Storage technologies. Securing this project is a major milestone in our clean and green energy path to fight the climate crisis that the world faces,” he added.

Commenting on the development, T. Madhava Das, Whole-Time Director & Senior Executive Vice President (Utilities), L&T said “KSA aims to become a pioneer in Renewable Energy and we are happy to be a part of this journey. We have been building efficient power transmission and distribution networks with modern substations and transmission lines in this region for more than 2 decades. This is yet another recognition of our capabilities to construct mega projects to speed and scale.”