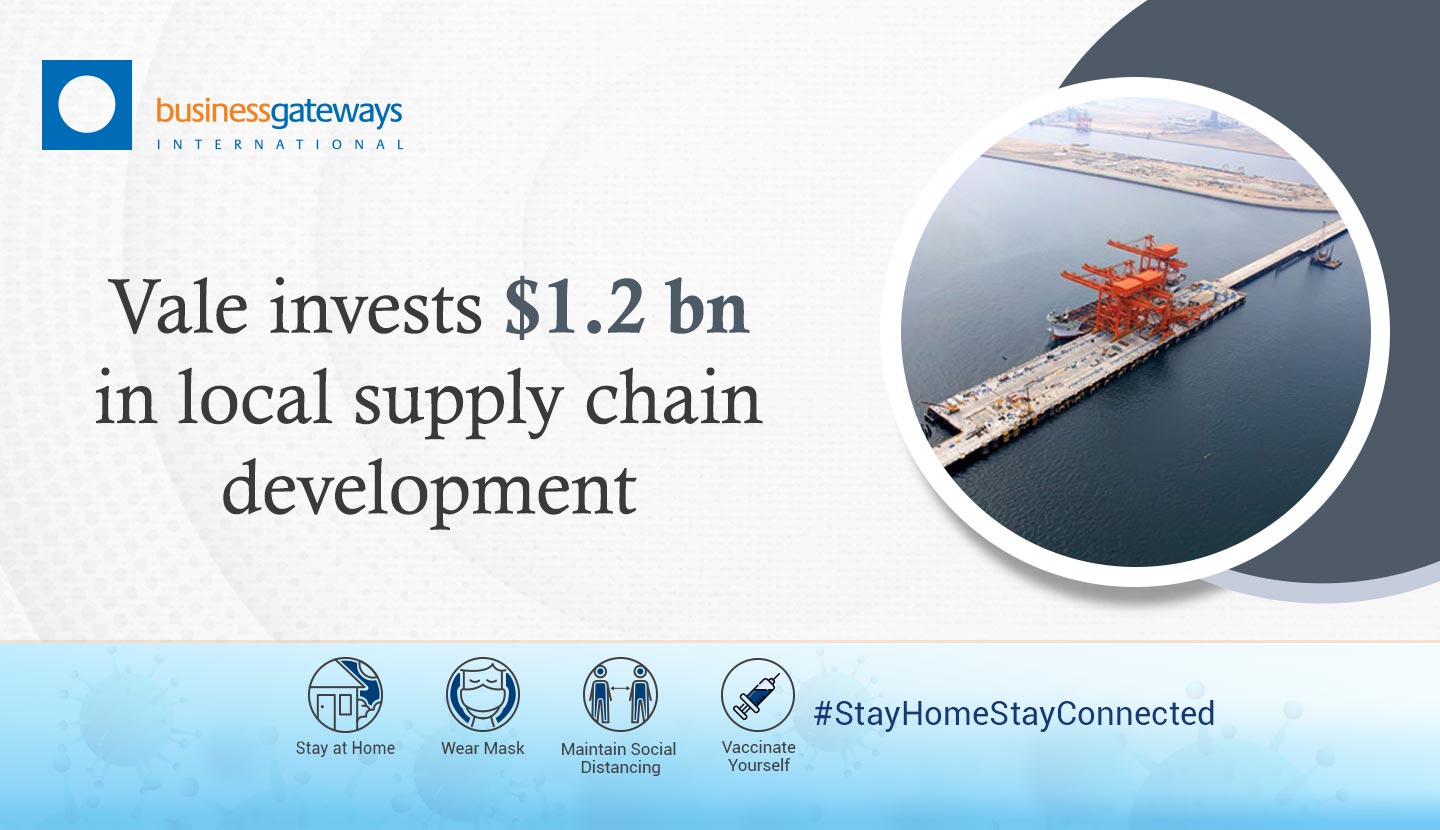 Vale, one of the world’s largest mining companies, has made substantial investments in developing a major iron ore pelletising complex at Sohar Port and Freezone, alongside a thriving local supply chain.

Owned by anOver the course of 10 years, Vale has invested over $380 million with local companies during the project phase (2009-2011), which cost $2 billion and more than $1.2 billion investments with local companies from 2012 – 2020 as part of supply chain development. In addition, it has invested over $10 million in sustainable and social responsibility projects between 2013 and 2020, as well as more than $85 million in ensuring environmentally friendly operations. Omani-Brazilian joint venture, the company is celebrating this month, its tenth year in operation in Oman. Vale's investment in Oman is a paradigm of the successful convergence of Vale's strategic goals, the Omani government (represented by OQ Company), and Sohar Port and Freezone.

Launching operations in April 2011, the Vale Oman project highlighted the Sultanate's strategic geopolitical location in the Middle East and the distinctive advantages of Sohar as a logistics hub and maritime gateway. Sohar Port, a unique deep-water port in Oman, is one of the very few ports in the Middle East capable of receiving even Vale's largest 'Valemax'vVessels, which have a 400,000-ton transportation capacity. In addition to making a sizable contribution to the country's Gross Domestic Product, the venture has also delivered significant benefits in jobs, value addition opportunities, in-country value initiatives, and community development projects.

Adriano Mansk, Vale Oman CEO, stated, “Vale’s operations in Oman are a result of a dynamic partnership with OQ and Sohar. Thanks to these key partners, Vale is meeting and surpassing its operations and business targets. The Omani government is a strategic partner that has contributed to its success by facilitating a smooth transition into the country and allowing Vale to develop its business operations seamlessly. Besides that, SIPC has acted as an efficient and logistical partner helping to connect our maritime terminals in Brazil to customers in the region."

Saleh al Musalhi, Vale Oman Deputy CEO, said, “Vale is a transformational company, one that transforms the environment where it operates. Vale is dedicated to sustainable development regardless of where it operates, identifying the countless opportunities for growth that are available while also recognising the planet's physical limits. The company is committed to practicing and promoting these resources' efficient use, investing in clean energy, and acting to mitigate the impact of its operations on climate change. The same is true for the Sultanate, where Vale has invested heavily in employing advanced technologies in its pelletising and port operations to adhere to the environmental requirement according to the Environment Authority's Environmental Regulations.”

Commenting on the partnership between Vale and Sohar, Mark Geilenkirchen, CEO of Sohar Port, said, “Over the last two decades, Sohar Port and Freezone has been able to occupy a leading market share in the region, benefiting from its strategic location and partnership with Port of Rotterdam, which is one of the largest ports in the world. We aim to share this experience, alongside the immense support extended by the government to the logistics sector, to further the businesses of our partners and tenants present within our complex. Together, we can work towards enhancing our contribution to the Sultanate’s GDP and the generation of job opportunities for citizens. On behalf of the management of SOHAR, I extend my warmest congratulations to Vale, on the occasion of their tenth year of operations, and have a firm belief that our successes are complemented by those of our partners Together, we continue to position SOHAR as a key logistics hub, both in the region and in the world.”