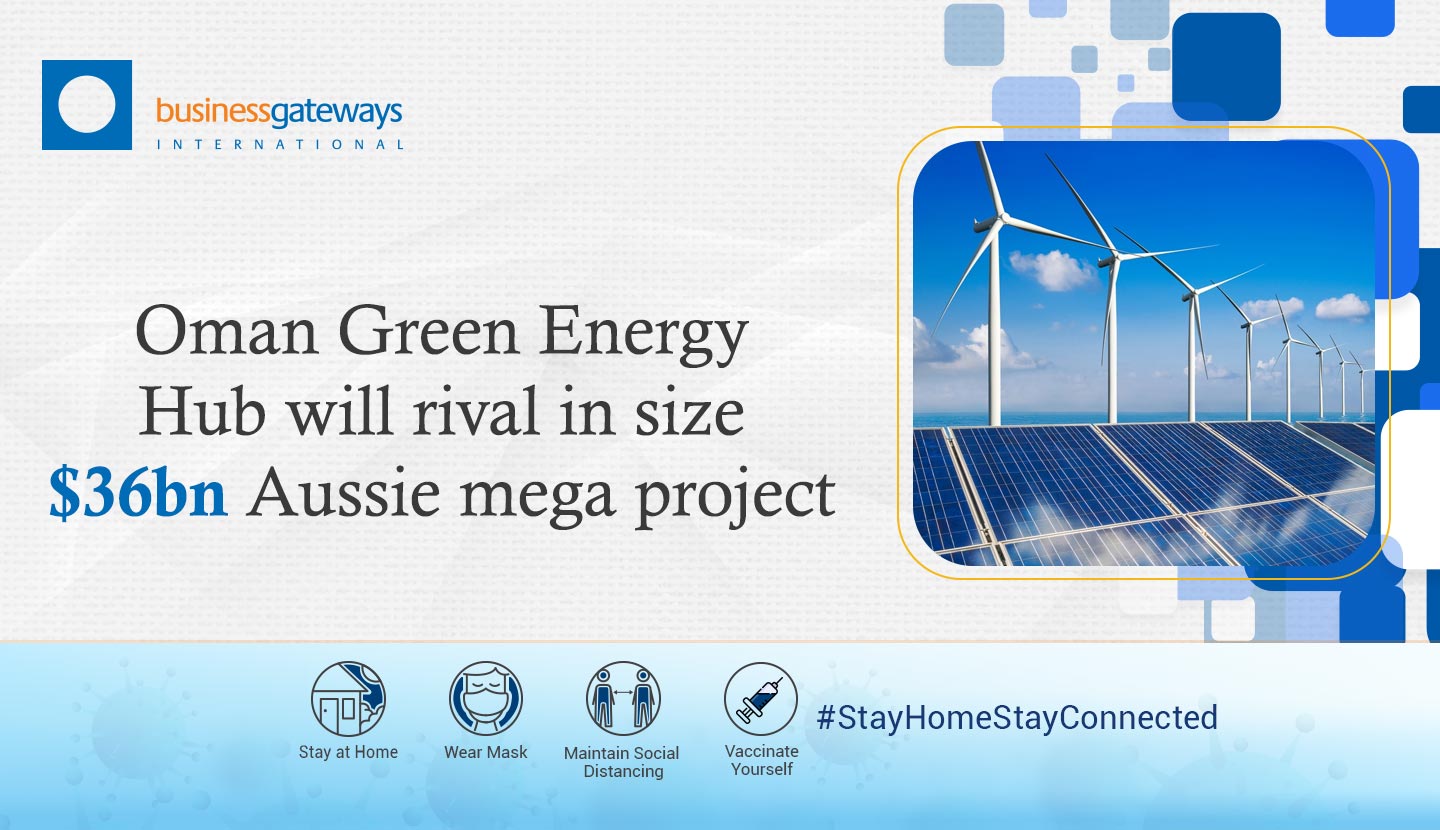 The Oman Green Energy Hub — a giant integrated green fuels project unveiled last week for development across the vast desert settings of the Sultanate’s Al Wusta Governorate — is expected to mirror in scope and capacity an equally ambitious scheme planned in Western Australia with an estimated investment of $36 billion.

Leading the development of the proposed Asian Renewable Energy Hub in Australia is Hong Kong-based InterContinental Energy, the same developer named last week in the international consortium behind the Oman Green Energy Hub. Privately-owned InterContinental Energy is billed as the world’s largest green hydrogen with a portfolio of around $100 billion in investments globally.

Partnering with InterContinental Energy in the implementation of the Oman mega scheme are OQ, the Sultanate’s global integrated energy group, and EnerTech, a Kuwaiti state-backed clean energy investor and developer. The electricity generation capacity of the Oman hub is estimated at 25 gigawatts (GW) comprising a mix of solar and wind-based farms. The output of green hydrogen and green ammonia is projected in the millions of tonnes per annum.

In many ways the Oman Green Energy Hub parallels, in scope and magnitude, InterContinental Energy’s Asian Renewable Energy Hub in Western Australia. Set on an area of around 6,500 sq kilometers — roughly six times the size of Hong Kong — the Australian venture will feature vast solar and wind farms with a combined generation capacity of 26 GWs.

As with its Omani counterpart, the Australian scheme aims to churn out 1.75 million tonnes of green hydrogen annually. The hydrogen will be converted into ammonia for transportation to domestic and international markets. Implementation of both projects will almost run in parallel. A final investment decision (FID) for the Australian venture is targeted around mid-2025. For its peer in Oman, the FID is around 2026, international media have quoted InterContinental Energy officials as revealing.

S&P Global Platts, the international provider of news and analysis for energy and commodity markets, reported that the Oman Green Energy Hub is expected to commence initial production in 2028, although the project will reach full capacity only by around 2038.

As with the Australian project, which is expected to target markets in and around the Pacific, the Oman scheme — with its strategic location abutting international shipping lanes — will primarily have European markets in its sights.

Significantly, the Oman Green Energy Hub is the largest of a slate of world-scale green energy projects planned for implementation at key locations across the Sultanate.

In March, India’s Acme Solar Holdings announced plans for the establishment of a 2,200 tonnes/day capacity green ammonia project at Duqm in partnership with state-owned Tatweer. Total investment is estimated at $2.5 billion.

Last year, wholly government-owned OQ said it was joining hands with DEME Concessions, the Belgian-based global solutions provider for the maritime infrastructure and offshore energy industries, in the implementation of a world-scale green hydrogen project at the Special Economic Zone (SEZ) in Duqm.

The Hyport Duqm Green Hydrogen Project, envisaging an electrolyzer capacity of 250-500 MW in the first phase, will be part of an array of solar, wind and other alternative energy projects planned for development in a sprawling zone earmarked within the SEZ at Duqm.