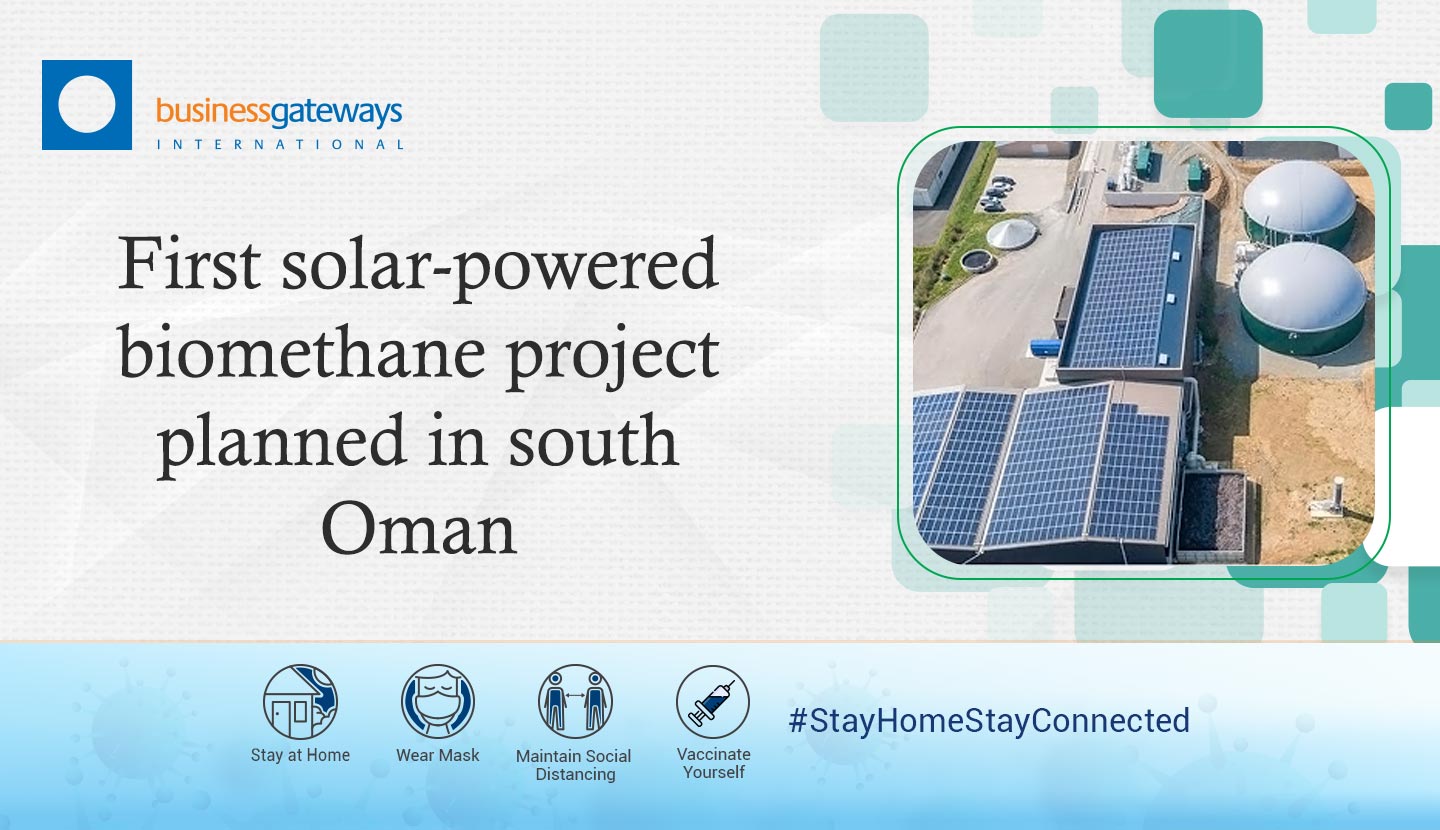 A state-owned utility responsible for wastewater services in Oman’s Dhofar Governorate has invited proposals from investors for the development of a first-ever commercial-scale biomethane-based power plant coupled with a solar photovoltaic (PV) component.

The client is the Salalah-based Dhofar Integrated Services Company (DISC), a newly established entity created out of the integration of Salalah Sanitary Drainage Services Company (which oversaw wastewater services in Salalah until recently), Directorate-General of Water (which was responsible for potable water distribution in the governorate), and Dhofar Power Company (which handled electricity distribution and supply in the governorate).

Dhofar Integrated Services Company now operates under the umbrella of wholly-government-owned Nama Group (formerly The Electricity Holding Company) following the recent restructuring of water and wastewater services in the Sultanate.

In addition to its potable water and power distribution responsibilities, Dhofar Integrated Services Company (DISC) also oversees a wastewater network that covers much of Salalah City. Besides providing treated effluent for landscaping and construction activities, the utility also produces fertiliser from the sludge, which is marketed to agriculturists, farmers and other users.

Given the growing trend being witnessed across the Sultanate to utilise waste for power generation as part of a shift to greener fuels, DISC’s predecessor, the Salalah Sanitary Drainage Services Company, recently invited local and international developers to submit proposals for the establishment of a power generation plant that will harness methane gas from effluent. As a captive power project, output from the proposed project will be consumed by the utility.

However, unlike similar biogas projects — pilot and commercial-scale — that are in development and operation at various locations around the Sultanate, the proposed venture in Salalah will be procured through the Public-Private-Partnership (PPP) route. Interested developers have been invited to submit proposals based on the Finance Design Built Own Operate Transfer (FDBOOT) format, marking the first time in Oman that a biogas project is being procured via this delivery route. According to the client, the plant will be financed, constructed and operated by the selected bidder for a fixed contractual period, following which it will be transferred to the client in a good condition, or against a pro-rata buy-back arrangement.

Thereafter, the plant will be ‘wet leased’ by the client, with its electricity output consumed internally. Interested companies have until July 25, 2021 to submit their proposals.

The project will be based on biomethanation — a process that converts organic waste materials into biogas and fertiliser. The biogas — which when processed becomes almost similar to natural gas — is an excellent resource for heating and even electricity generation.

While distinctive in terms of its FDBOOT project delivery model and the incorporation of a solar PV component, the proposed Salalah venture differs from a commercial-scale already operational in the Sultanate. In October 2019, Mazoon Dairy — the Sultanate’s flagship dairy processing project — launched the region’s first-ever biogas plant to produce biomethane for heating purposes.

The resource used for the production of biomethane is cow manure — some 225 tonnes of which are generated daily. Mazoon Dairy is currently collaborating with Oman LNG, among other entities, in upgrading the biogas plant to generate electricity in the first such ‘Biogas-to-Power’ project ever to be implemented in the Sultanate of Oman.