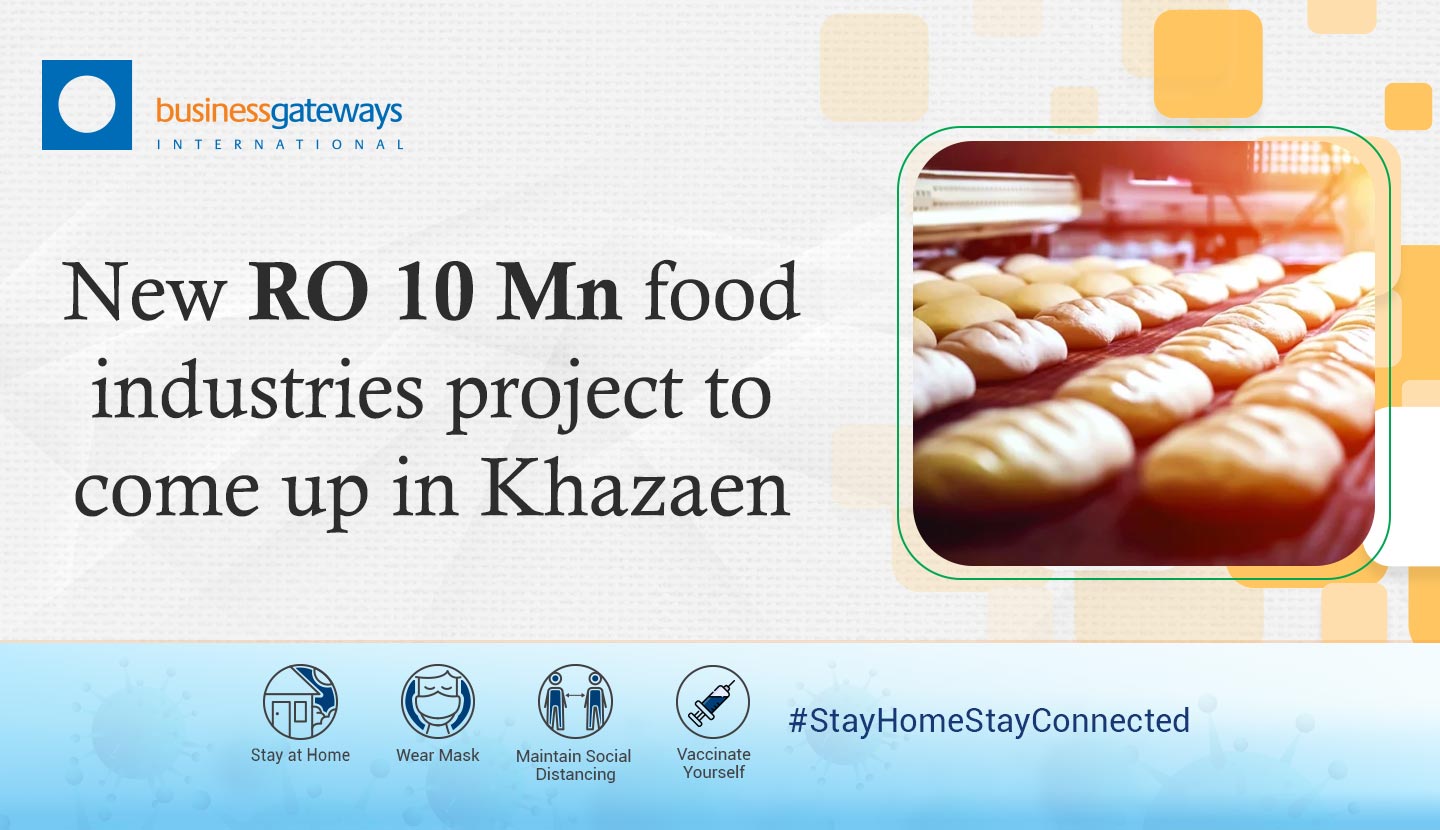 Salalah Mills Co, a publicly traded company listed on the Muscat Stock Exchange (MSE), plans to set up a new food industries centre at Khazaen Economic City with an investment of between RO 10 – 12 million.

An initial agreement to this effect will be signed by the Dhofar-based flour mill company for the lease of a 20,000 sq meter plot in Khazaen. The proposed Food Industries Centre will include an industrial bakery and production lines for frozen and semi-cooked pastries in the first phase, followed by frozen cakes, snacks, noodles and biscuits in the second phase.

In a filing to the Capital Market Authority, Salalah Mills CEO Ahmed Alawi al Dhahab said the new venture is in line with the company’s strategy to expand its flour-based food activities. The project, financed with the support of commercial loans, will come into production before the end of 2022. Internal Rate of Return (IRR) is projected at 18 per cent, with the complex expected to turn a profit from the second onwards, the CEO noted, citing feasibility studies.

One of the largest millers in the Sultanate, Salalah Mills operates a 1,500 tons per day capacity four mill in Raysut Industrial City. A wholly owned subsidiary also produces 432 tons per day of macaroni. A plastics manufacturing unit, currently producing 250,000 bags per day, is being expanded to reach a capacity of 350,000 bags per day by the end of 2022, according to the company.

Additionally, Salalah Mills plans to commence trial production of its concentrated animal feed manufacturing unit by the end of this month, with a production capacity of 240 tons per day. Likewise, Salalah Laboratories Company, a new subsidiary focusing on providing physical and chemical analysis of grains and foodstuffs, will be launched this year.

Going forward, Salalah Mills has plans to diversify its product portfolio and revenue sources, said Al Dhahab. Over the 2022 – 2025 timeframe, the company aims to expand into a number of food related fields, notably food grain trading and storage, manufacture of flour blends, improvers, vitamins and minerals for bakeries, flour mills, fodder factories, starch production, fish and pet feed, production of grass capsules, and manufacture of flexible packaging films and FFS bags. Besides, the company is weighing partnerships for the production of plastic medical supplies, he added.