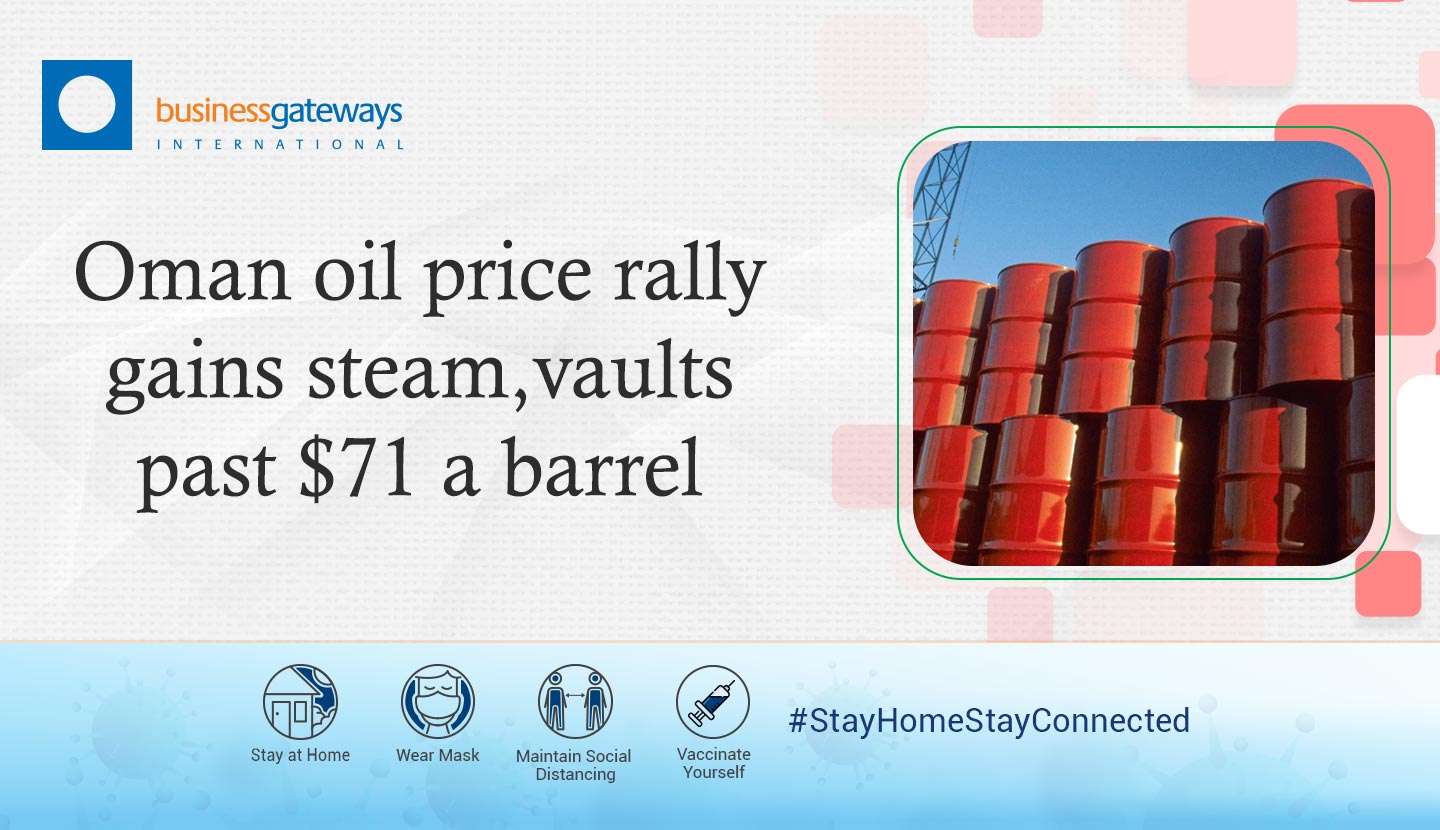 Oman oil price rally continued on the Dubai Mercantile Exchange (DME) reaching $71.38. This comprises an increase of $1.78 from the price of Tuesday, which was at $69.60.

DME was launched in June 2007 with the goal of bringing fair and transparent price discovery and efficient risk management to the East of Suez.

World oil prices also witnessed an increase in the prices with the Brent crude futures up by 32 cents at $72.42 a barrel. The US West Texas Intermediate (WTI) crude futures also rose by 18 cents to trade at $70.23 a barrel in early trading in Singapore.

On June 8, the US Energy Information Administration forecast fuel consumption growth this year in the United States, the world's biggest oil user, would be 1.49 million barrels per day (bpd), up from a previous forecast of 1.39 million bpd.

Oil prices have rebounded to the highest levels in about two years, helped by restraint on supply by the Organisation of the Petroleum Exporting Countries (OPEC) and allies.

Earlier on Tuesday, at the 17th OPEC and non-OPEC Ministerial Meeting held in Vienna, Austria the group noted the ongoing strengthening of market fundamentals, with oil demand showing clear signs of improvement with economic recovery seen in most parts of the world as vaccination programmes accelerated.

In view of current oil market fundamentals and the consensus on its outlook, the meeting reaffirmed the existing commitment of the participating countries in the DoC to a stable market in the mutual interest of producing nations; the efficient, economic and secure supply to consumers; and a fair return on invested capital.

The meeting also reiterated the critical importance of adhering to full conformity, and taking advantage of the extension of the compensation period until the end of September 2021, as requested by some under-performing countries.

Compensation plans should be submitted in accordance with the statement of the 15th OPEC and non-OPEC Ministerial Meeting.

The 18th OPEC and non-OPEC Ministerial Meeting are scheduled for July 1, 2021.