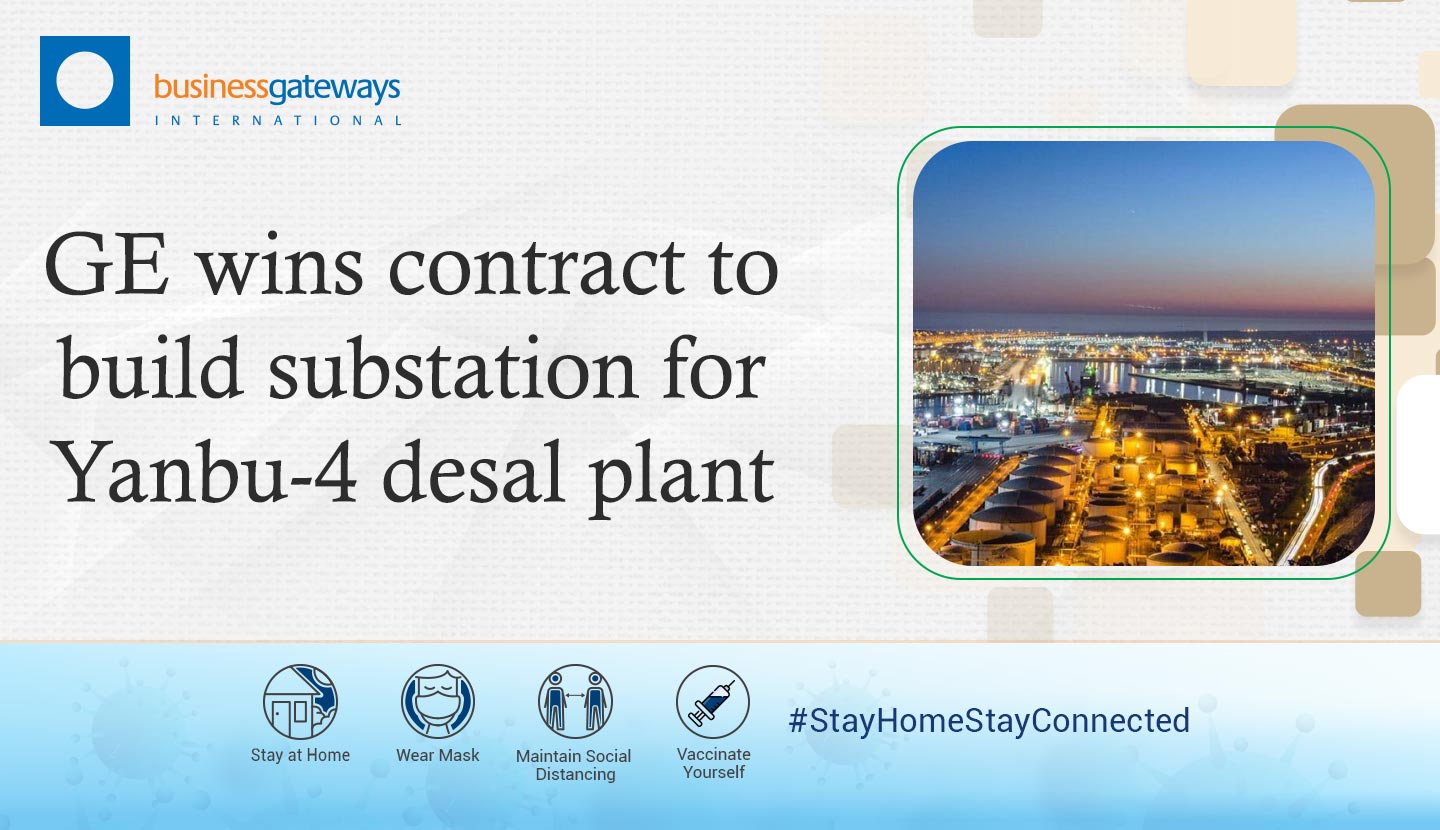 This is the first integrated, seawater reverse osmosis (SWRO) project in the kingdom that uses clean energy.

Scheduled to be operational in 2023, Yanbu-4 will have a capacity of 450,000 cu m per day of fresh water to be supplied to households in Makkah and Madinah.

Located 140 km west of Madinah, near the town of Ar Rayyis on the Red Sea coast, Yanbu-4 will utilise RO technology to supply potable water. The plant will include solar energy units generating 20 MW of power to reduce grid electricity consumption throughout the desalination process, as well as water storage tanks designed to maintain a capacity of two operational days.

Seoungsan Seo, Project Director, Doosan Heavy Industries and Construction Company, said: "We are honoured to be playing a critical role in such an innovative project and to be partnering with GE’s Grid Solutions, who have a strong track record of delivering infrastructure projects in the kingdom."

Developed under a build-own-operate contract by Saudi Water Partnership Company (SWPC), as part of a consortium comprising Engie, Nesma and Mowah, the plant will be operated and maintained by Engie with a concession term of 25 years.

A consortium of GE’s Grid Solutions and Al Sharif Group will provide the full turnkey solution for Yanbu-4 including a 380-110 kV gas-insulated switchgear (GIS) substation.

The substation will provide Yanbu-4 with the power required by each load centre at the plant.

President and CEO (Mena and Turkey) Bernard Dagher, said: "The Yanbu-4 project is a major milestone in the development of the kingdom’s water infrastructure."

"As a renewable energy-driven project, it meets the vision of the Saudi leadership to promote environmental sustainability, while meeting the growing demand for freshwater supply in the cities of Makkah and Madinah," remarked Dagher.

"This win confirms our ability to be a trusted partner in the infrastructure growth of the kingdom, including in the delivery of turnkey substations for desalination plants," he added.

venugopal A
47 days ago
Interested in WAter, desalination and sewage treatment plants