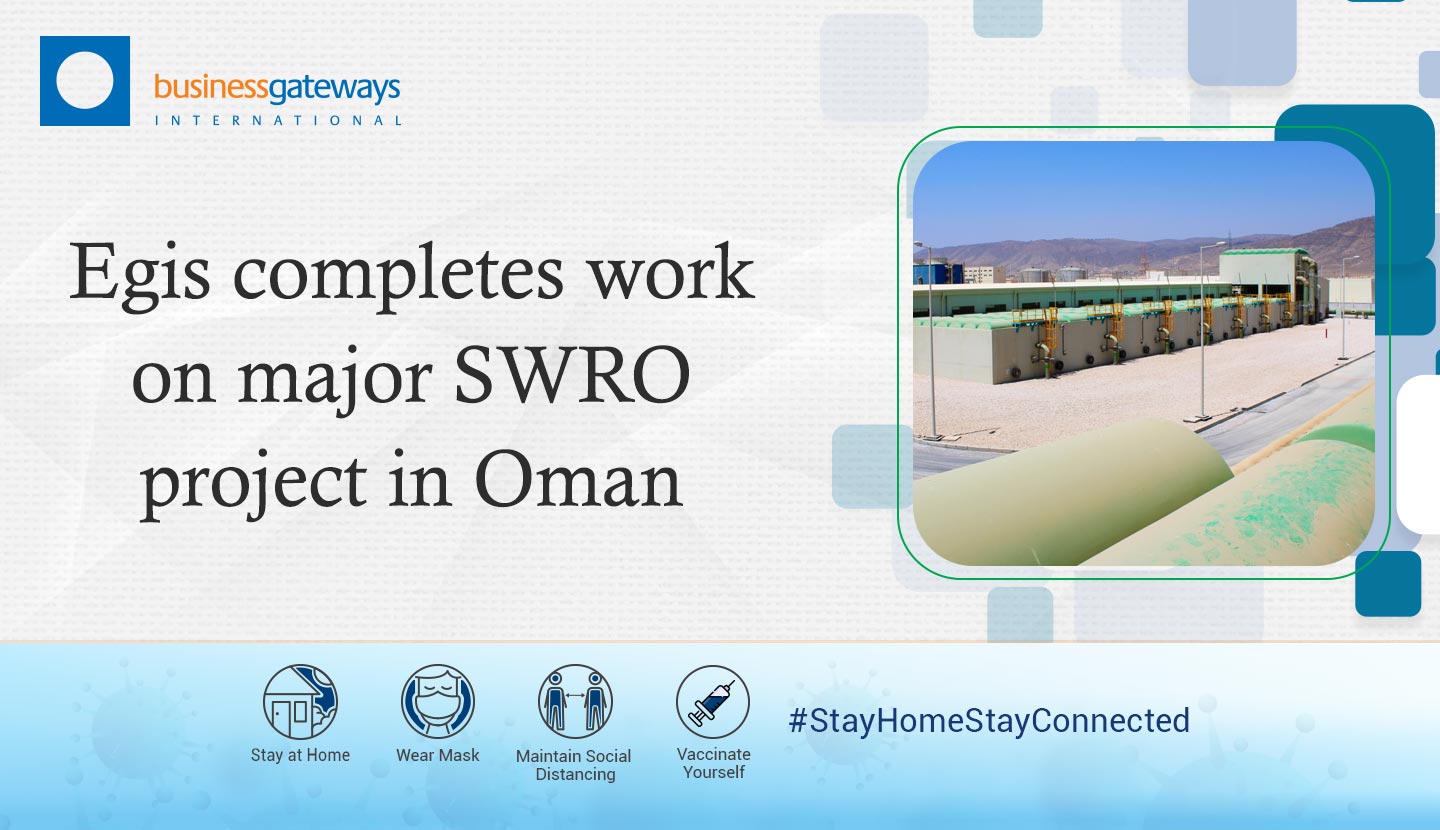 Egis, a major international group in the construction engineering and mobility services sectors, said it has completed the work on the Salalah Independent Water Project (IWP) in Oman.

The Salalah IWP was implemented under a build-own-operate framework and included a greenfield development and construction of a sea water reverse osmosis (SWRO) plant with a total output capacity of 113,650 cu m per day of potable water in nominal conditions and 120,000 cu m per day during exigency periods.

Oman Power and Water Procurement Company (OPWP) had earlier entered into a 20-year water purchase agreement (WPA) in relation to the implementation of the Salalah IWP with a consortium of Acwa Power, Veolia Middle East and Dhofar International Development & Investment Holding Company (DIDIC), the project company.

Egis said its primary focus was to support OPWP during construction in ensuring that the project company fulfilled its obligations under the WPA by providing supervisory consultancy services and HSE audits.

This contract was signed in January 2019 and the works were finalized and handed over in March this year.

The overall objective of the project was to supply drinkable water to the Dhofar Governorate to
meet the increase in demand.

"Along with OPWP and Didic, we were able to work in fluidity and high collaboration facing several challenges during the course of the project’s duration. Agility in adapting to the unforeseen events played a key role on succeeding in completing the Salalah IWP project," said a company spokesman.

All the plant acceptance tests were successfully performed and concluded early this year, he stated.

A major player in the infrastructure consulting, engineering and operation, Egis provides know-how in the areas of transportation and mobility, sustainable city construction, buildings, water, the environment
and energy.

"We are still involved with ongoing continuous support to OPWP for another IWP project located in Sharqiyah. This project is expected to be completed in July," he added.