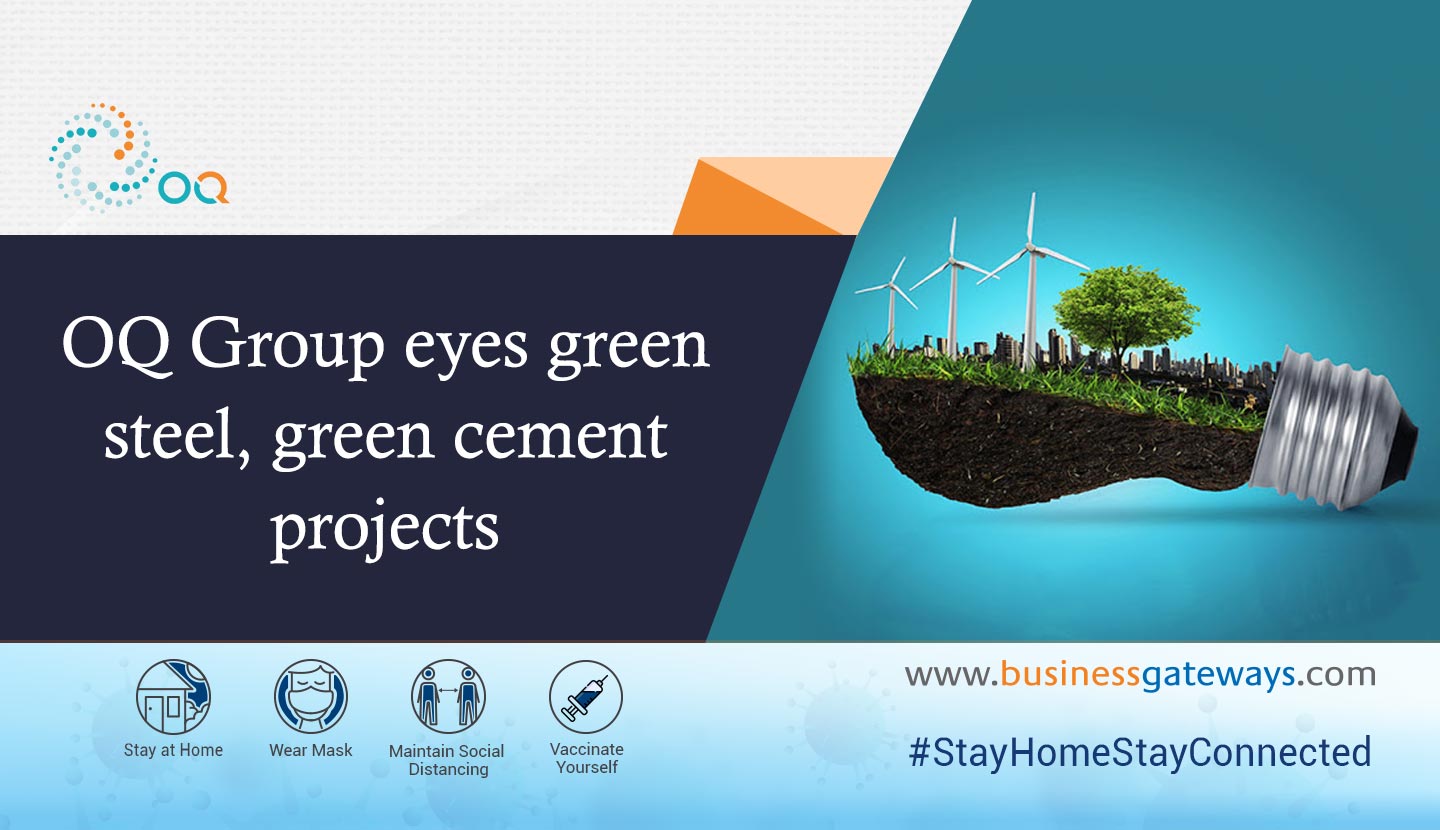 OQ Oman’s global integrated energy group says it sees the potential for investments in decarbonised steel, cement and other low-carbon industries once green hydrogen production from renewable energy resources becomes a reality in the Sultanate.

Over the past year, wholly state-owned OQ has unveiled plans for a pair of large-scale green hydrogen projects part of a slate of alternative energy initiatives that it aims to implement in partnership with international players to help drive Oman’s economic diversification, as well as support global energy transition goals.

Overseeing this ambitious vision at OQ is Dr. Salim al Huthaili, CEO Alternative Energy, who in a recent interview, said the Group is set to play a leading role in the pursuit of green hydrogen and other alternative energy projects.

“This has given us unique skillsets that gear us in enabling this change. We now want to scale up and transfer these skillsets into the renewable energy space.”

The official made the comments during an online interview with The Anglo Omani Society (AOS), a London-registered charitable organisation working to promote and sustain friendly relations between Oman and the UK.

As a result of the strong interest shown by international investors in exploring partnership opportunities with OQ, the latter has signed a number of projects in the hydrogen space, said the CEO. Notable is the Hyport Duqm project a 500 MW solar-based green hydrogen initiative in partnership with DEME Group of Belgium, and a mega-scale 25 GW scheme also planned in Wusta Governorate in consortium with InterContinental Energy of Hong Kong and Enertech of Kuwait.

Significantly, while a key part of these investments is to cater to an emerging global demand for green hydrogen, the locally produced zero-carbon fuel will also support Oman’s energy transition objectives, as well as drive local investment in decarbonised industrial projects, according to the official.

“We are trying to create new industry in Oman we are thinking about green steel and green cement projects downstream from our (investments) in green hydrogen, for example,’’, Dr Al Huthaili stated.

In pursuing alternative energy projects, OQ is also guided by the objectives set out in the Vision 2040 blueprint for supporting sustainable long-term development in the Sultanate, said the official. Vision 2040 targets, among other things, a 20 per cent share of Oman’s electricity requirements coming from renewable energy resources by 2030, rising to 40 per cent by 2040, he noted.

“OQ is well-positioned to play that role because of its size and experience’’, Dr Al Huthaili said. “We believe we can exceed those numbers with the ambitions we have and the projects we are currently exploring. We can contribute to the achievement of these targets, but also the diversification of the economy.”

With operations across 17 countries, OQ’s portfolio covers the entire value chain from exploration and production to marketing and distribution of end-user products. The Group’s fuels and chemicals are sold in over 60 countries worldwide.