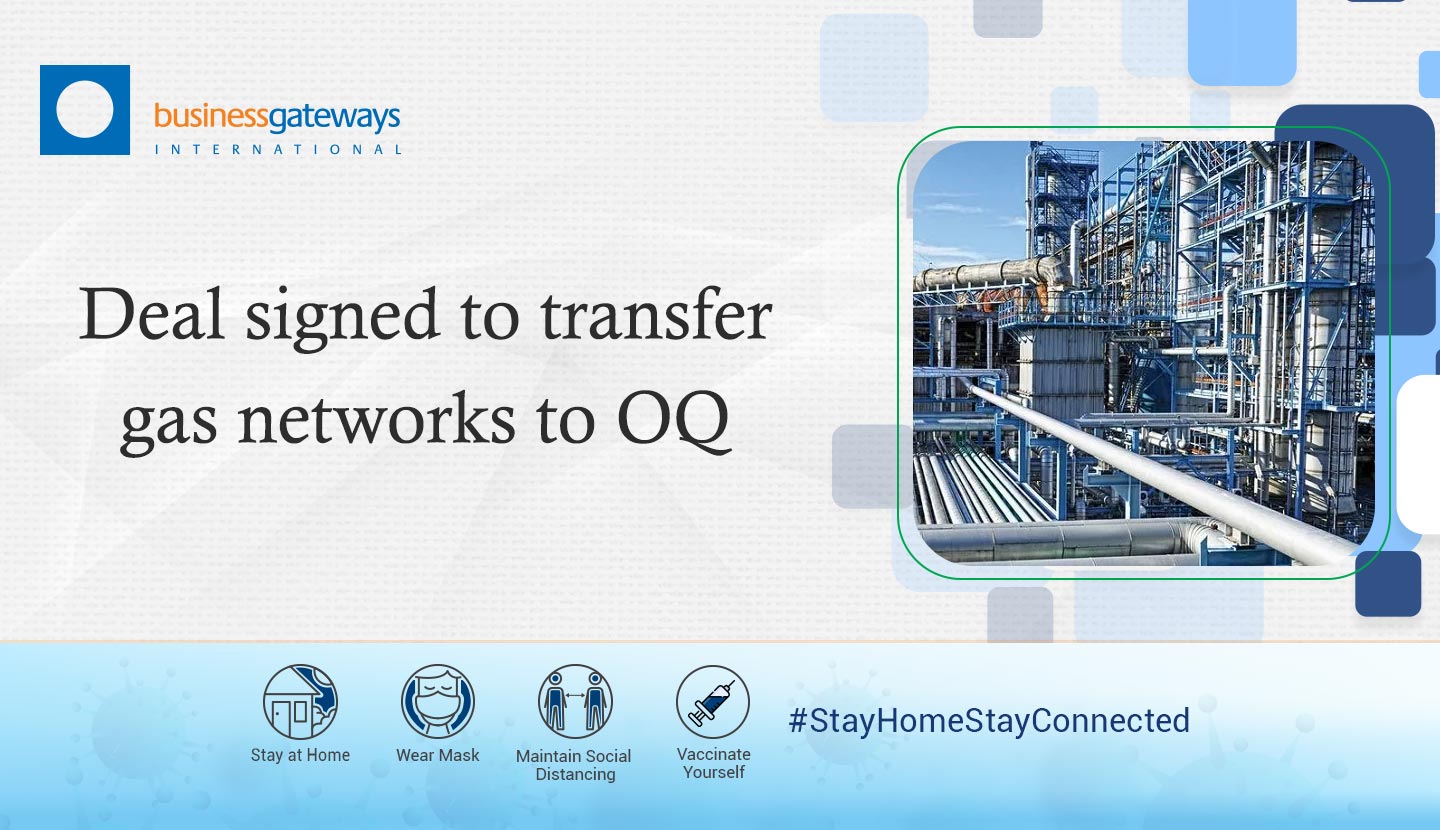 OQ Gas Networks — a subsidiary of OQ, the Sultanate’s global integrated energy group — has signed an agreement with the Public Establishment for Industrial Estates (Madayn) for the acquisition of the gas networks constructed by the latter to provide natural gas to industrial consumers within their industrial parks.

The agreement provides for the transfer of ownership and operations of Madayn’s gas distribution networks to wholly state-owned OQ Gas Networks.

The asset transfer agreement is in line with principles set out in Oman’s Vision 2040 recommending the optimal use of national resources and assets to support economic development effectively and cost-competitively.

OQ Gas Networks oversees a massive gas grid that includes more than 4,000 kilometres of pipelines channelling natural gas from a number of production fields to main distribution lines that supply a large number of consumers.

Around 98 industrial companies operating within the industrial cities of Sur, Suhar, Rusayl, Nizwa and Raysut currently receive gas via networks initially built by Madayn for the benefit of investors. Having now acquired these networks, OQ Gas Networks will not take on this responsibility of supplying gas to the industrial cities.

Hilal bin Hamad al Hasani, CEO of Madayn, said the transfer of its assets to OQ Gas Networks will help in the standardisation of supply and services to industrial consumers operating within its industrial parks.