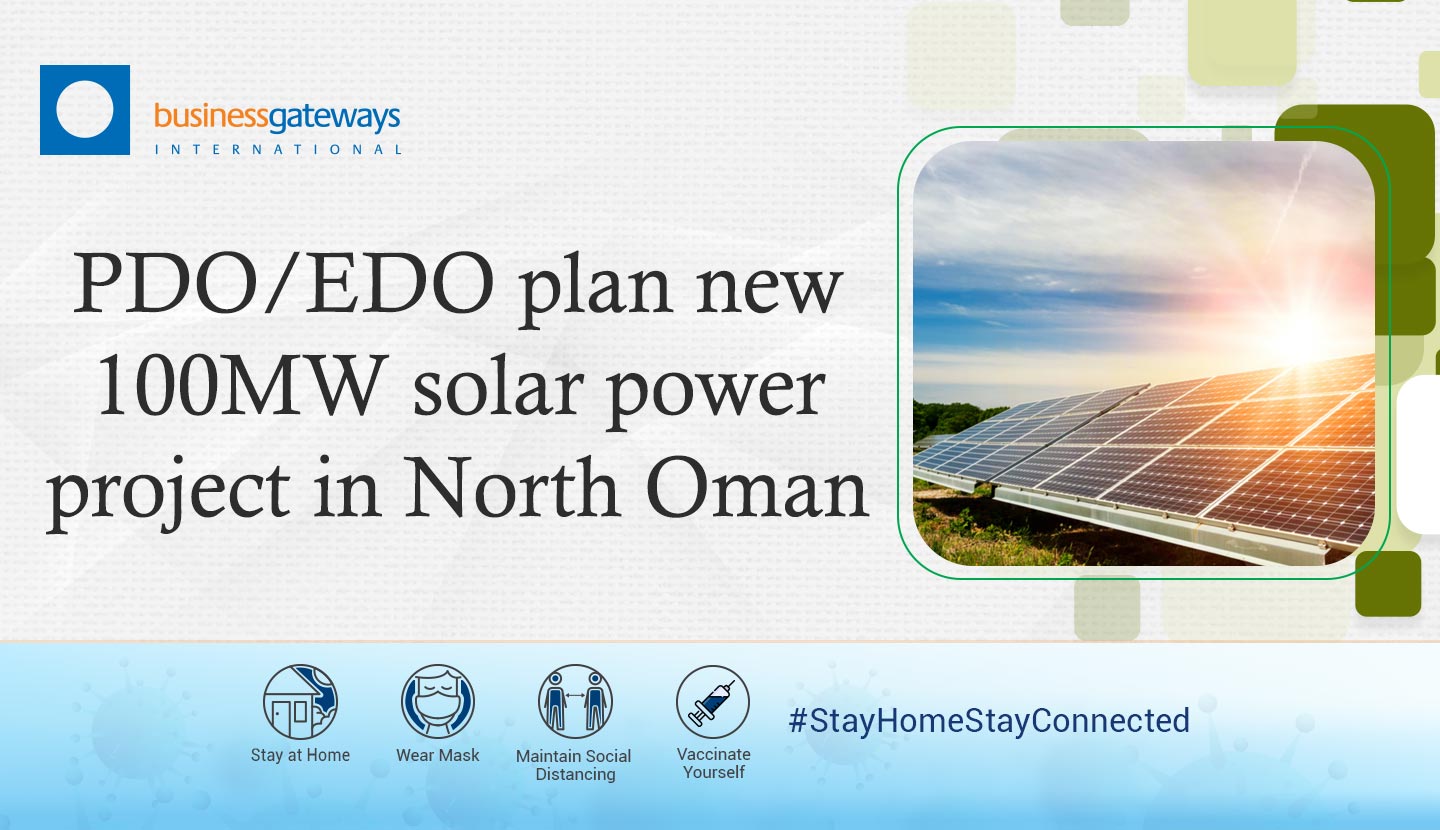 Petroleum Development Oman (PDO) and its parent holding company Energy Development Oman (EDO) are moving ahead with plans for the implementation of a new renewables-based Independent Power Project (IPP) in the northern part of its sprawling Block 6 concession in the Sultanate.

In addition, it will feature — for the first time in Oman — a large-scale battery storage component designed to ensure consistent and sustained power supply overcoming intermittency challenges typically associated with solar or wind based generation.

The announcement came in a joint presentation on Monday, made on behalf of PDO and EDO, during a webinar on the theme, ‘Connecting the Netherlands to Oman’s Business Opportunities’. The online event, organised by Business Gateways International, was supported by Oman’s Ministry of Commerce, Industry and Investment Promotion, and the Government of the Netherlands.

According to senior PDO executives Zahran al Abri, ICV Manager and Aiman al Shukaili, Head of Renewable Energy, the proposed solar-based IPP will support enhance clean-energy based electricity supply to Oil & Gas facilities in North Oman. Integrated with the solar generation component is battery storage offering around 30MW of power capacity. Furthermore, the overall scheme will contribute to savings of between 200,000-300,000 tonnes of CO2 emissions per annum, they noted.

Significantly, procurement of the North Oman Solar IPP is expected to be modelled on the successful execution of a similar venture — the Amin Solar Photovoltaic Power Plant — which was brought into operation near Nimr in the south of PDO’s concession last year.

Amin Renewable Energy Company SAOC, a special purpose company founded and developed by the Marubeni Corporation (Japan) as the lead founder, was awarded the contract to develop, finance, build operate and maintain the 100MW capacity solar PV plant by PDO under a long-term supply contract. At the time of its commissioning last year, it became the world’s first utility scale solar project to have an oil and gas company as the sole buyer of electricity.

According to the PDO officials, the proposed North Oman Solar IPP is currently in the engineering design phase, with a competitive tender for its implementation likely to be floated within the next several quarters.

When operational, tentatively by around March 2023, it will add to a sizable portfolio of clean energy projects being developed by PDO and its parent organisation EDO. PDO, which aims to secure a sizable proportion of its energy requirements from clean energy sources by 2040, also plans to develop a commercial-scale wind power scheme in the south of the Sultanate.