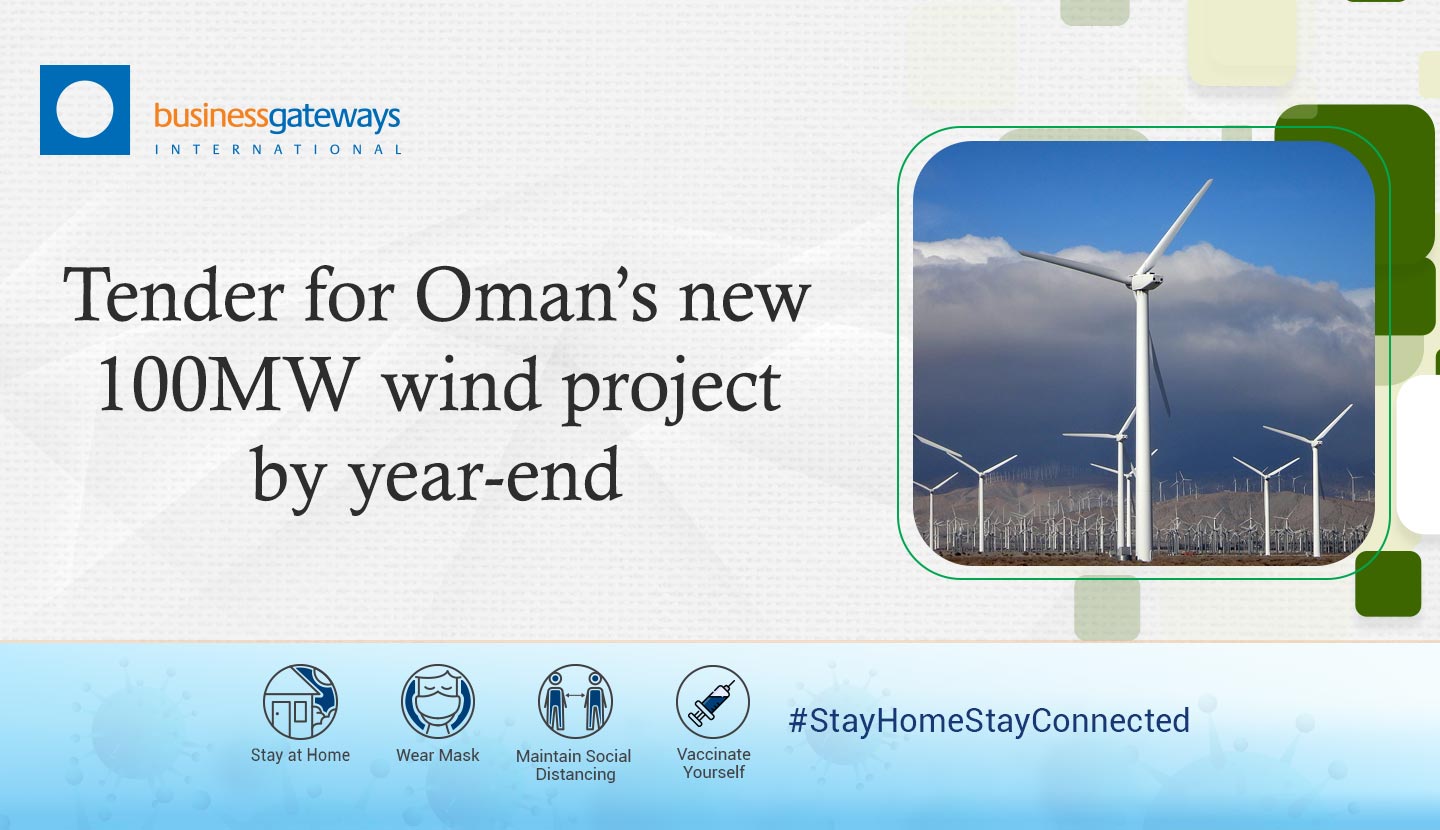 A competitive tender for the implementation of a new large-scale 100MW wind power project, planned in the southern part of the Sultanate, is due to be floated before the end of this year.

The project, only the second wind-based clean energy project to date — after the successful launch of Oman’s maiden wind farm at Harweel in Dhofar Governorate in 2019 — is backed by Petroleum Development Oman (PDO) and its recently established parent holding company Energy Development Oman (EDO).

According to a senior executive of PDO, the proposed wind project is currently in the design engineering phase. “We are looking at establishing a wind-based renewable project to produce about 100MW of power’’, said Zahran al Abri, ICV Manager. “We have already awarded the feasibility study and selected a technical advisor as well. Now at the moment, we are just completing the engineering work, and this might come on the market towards the end of this year.”

Al Abri made the announcement in a presentation on behalf of PDO and EDO during a webinar held on Monday on the theme, ‘Connecting the Netherlands to Oman’s Business Opportunities’. The online event, organised by Business Gateways International, was supported by Oman’s Ministry of Commerce, Industry and Investment Promotion, and the Government of the Netherlands.

Presenting jointly with his colleague Aiman al Shukaili, Head of Renewable Energy at PDO, Al Abri provided an outline of the shared vision of both PDO and EDO to invest in clean energy in line with the country’s energy transition goals.

According to the officials, Tractebel-Engie — a leading player in the global renewable energy space — was awarded the contract by PDO to study the feasibility of developing the wind power scheme in south Oman. Worley, international engineering specialists for the energy, chemicals and resources sectors, were named technical advisors.

Oman’s first utility-scale wind power project — a 50MW capacity scheme operated by the Rural Areas Electricity Company (Tanweer) — part of wholly government-owned Nama Group — came online in November 2019, marking the advent of wind-based power generation in the Gulf region. The project, featuring 13 wind turbines of around 3.8MW capacity each, is located at Harweel. Output from the plant is committed to Oman Power and Water Procurement Company (OPWP), also a subsidiary of Nama Group, under a long-term Power Purchase Agreement signed with Tanweer.

Another clean energy project due to go out to tender in the next ‘several quarters’ is a 100MW solar-based Independent Power Project (IPP) in the north of Oman. Backed by PDO/EDO, the project will also feature, for the first time, battery storage of around 30MW capacity.

Both the South Oman Wind power and North Oman Solar IPP schemes are targeted for commercial launch in 2023.