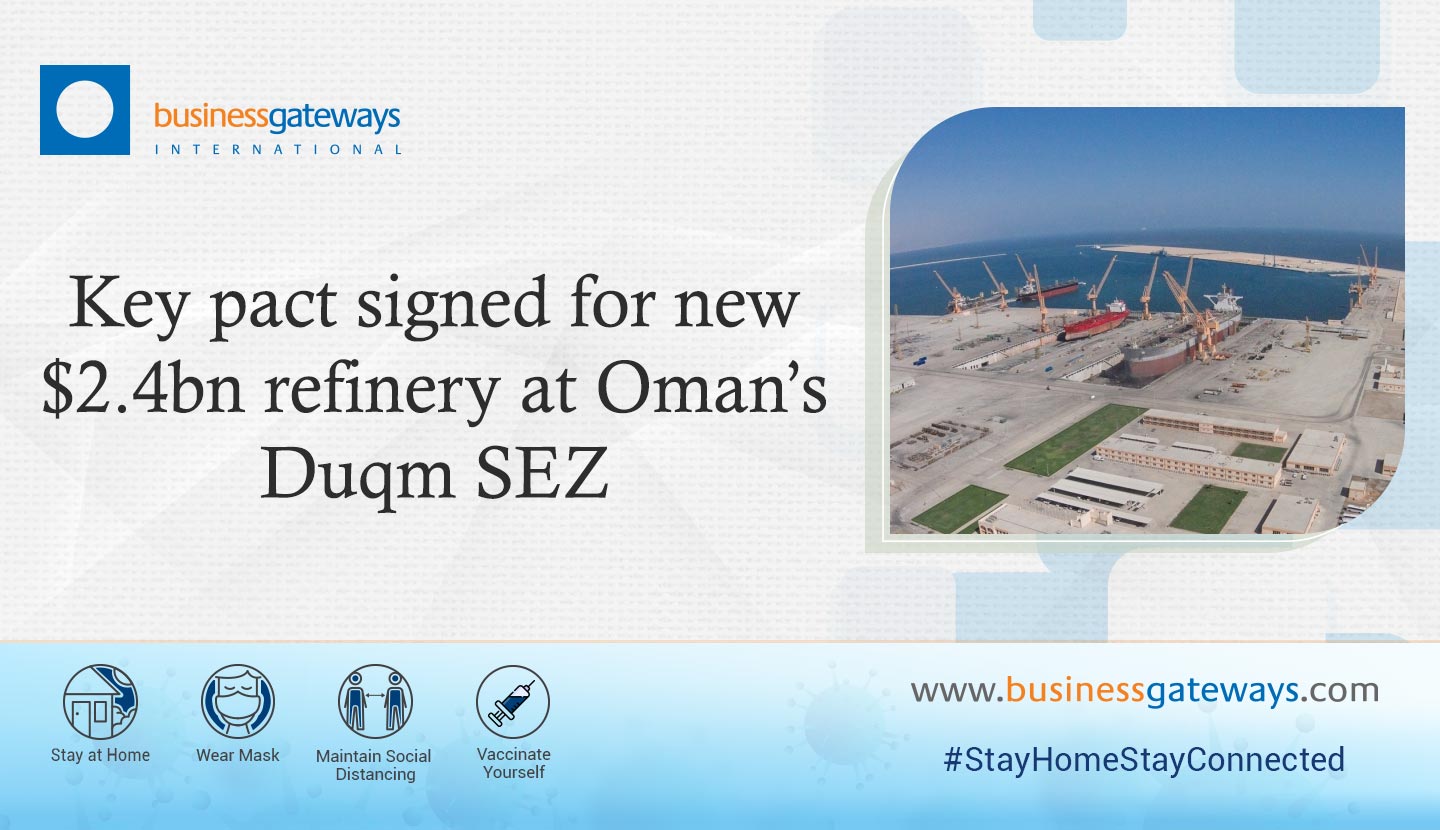 Plans for the implementation of a privately-owned oil refinery at Duqm Special Economic Zone have been firmed up following the signing of a key agreement with a well-known Canadian-based international technology provider.

Muscat-headquartered Ras Madrakah Petroleum Industry Company (RMPIC), described as the first and only privately-owned entity to obtain a licence from the Omani government to develop a refinery in the Sultanate, plans to establish a roughly 200,000 barrels per day (bpd) capacity plant in the SEZ at an estimated cost of $2.4 billion.

When eventually operational, the project will reinforce Duqm’s credentials as a regional refining and petrochemicals powerhouse, anchored by Omani-Kuwaiti OQ8’s world-scale 230,000 bpd grassroots refinery currently in an advanced stage of execution at the SEZ and due to launch in 2023.

“Ras Madrakah Petroleum Industry Company LLC (RMPIC) is established with a vision to be recognised as a world-class refinery and petrochemical business, delivering quality oil products across the world, driving growth of Duqm (SEZ) and Omani prosperity in general,” the lead promoter announced on its website.

“The project comprises of setting up a refinery with the capacity of 200,000 bpd (flexible capacity) at Duqm (SEZ), Sultanate of Oman for which land of 8 sq km has been allotted in the name of RMPIC.”

Canadian international engineering technology specialist Genoil Inc was reported to have signed an agreement with RMPIC to support the establishment of the new refinery based on its proprietary Genoil Hydroconversion Upgrader (GHU) technology.

Genoil describes GHU as a “proven patented process” independently verified by Lloyd’s Register, that greatly enhances the performance of a fixed bed reactor, increasing the rates of hydrodesulfurization (HDS up to 95 per cent), hydro-demetalization (HDM 98 per cent), hydro-denitrogenation (HDN 53 per cent) and overall performance and lowering costs by up to 75 per cent over standard fixed bed hydrotreating and hydroconversion processes.

Under the agreement signed with RMPIC, Genoil will license its proprietary technology, process design package, training, and advisory services, as well as proprietary catalyst and equipment supply.

Supporting RMPIC in the delivery of the project is Beijing Petrochemical Engineering Company (BPEC), which has been appointed to conduct the feasibility study, undertake the Front-End Engineering Design (FEED), and serve as project management.

Further, as EPC contractor, EPBPEC -- a subsidiary of Yanchang Petroleum International Limited (a Hong Kong based investment holding company) -- will undertake the construction of storage tank farms, project offsite facilities including the product export terminal, and other required infrastructure such as pipelines.

RMPIC stated on its website that it has already signed agreements for the supply of crude oil for the refinery project and the offtake of its finished petroleum products.

Furthermore, it has secured a “commitment from the Government of Oman for supplying gas at subsidised pricing to the project”.

When fully operational, the proposed Genoil Duqm Refinery is expected to further add to Duqm’s growth, fuel local economic development and support the creation of Omani business enterprises and potentially up to 18,000 new jobs.