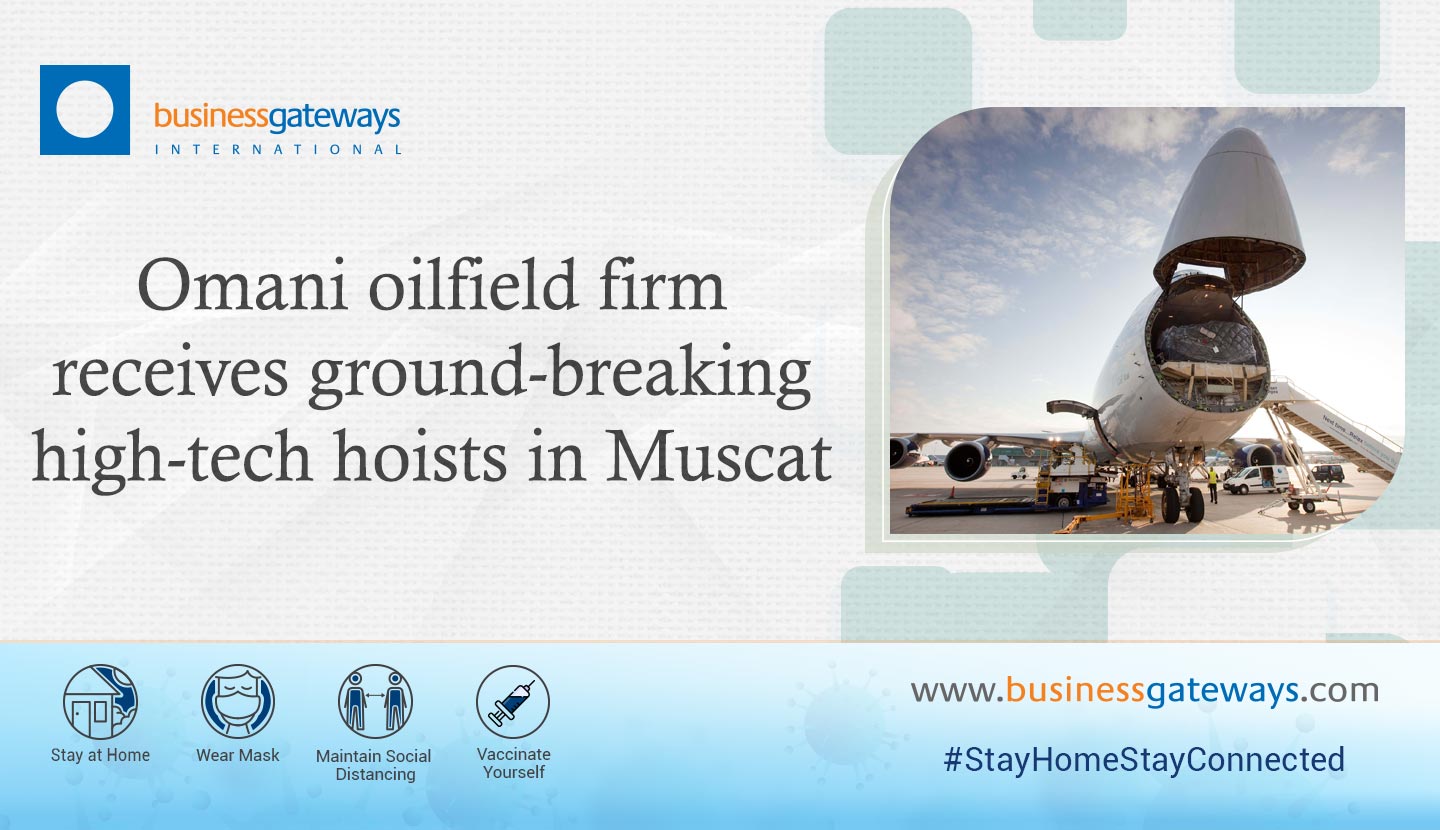 AlShawamikh Oil Services SAOC, a leading Super Local Community Contractor (SLCC), has received two high-tech automated hoists, the first of their kind in the Sultanate. These hoists are committed for service within Petroleum Development Oman’s (PDO) assigned concession areas of Bahla and Adam in North Oman.

The arrival of these hoists is made possible through a strategic alliance with Highwood Global, a leading Canadian manufacturer of trusted oil services equipment.

The equipment were air-freighted aboard an Antonov-124, one of the largest cargo planes in the world, which recently landed at Muscat International Airport – a rare occurrence in the Sultanate. These hoists will contribute to enhancing the quality of oil extraction services and elevating the skills of Omani technicians and engineers in the oil and gas sector.

Weighing more than 120 tons in total, the hoists were designed and manufactured to the highest international standards and assembled in record-time, despite the challenges posed by the COVID-19 pandemic.

For AlShawamikh, the successful delivery of the hoists from Canada to the Sultanate, within half the time it usually takes to manufacture and ship such equipment, represents a major milestone in its history. Complex technical machines of this kind typically take about a year to design, fabricate and deliver. Adding to the remarkable feat was the company’s deployment of a giant Antonov-124 cargo plane to ship these hoists instead of via the normal ocean route.

Its partner in this commendable initiative, Highwood Global, will also be laying the groundwork for a national project centralized on the establishment of a factory specializing in assembling, servicing and maintaining hoists in the Sultanate.

The project will enable the transfer of specialist technology and know-how to the Sultanate – a goal enshrined in Oman Vision 2040, which seeks to enhance economic diversification notably through the advancement of the industrial sector, and supporting In-Country Value (ICV) development linked to oil and gas projects.

Dr Aflah al Hadhrami, CEO of AlShawamikh said: “The strategic partnership between AlShawamikh and Highwood has won praise from the Ministry of Energy and Minerals and among other institutions and companies in the oil and gas sector, for promoting the transfer of the latest hoists technology in this vital sector. This partnership achieves one of the objectives of Oman Vision 2040 by enabling the transfer of technologies while also attracting foreign investment into the Sultanate, notably through the establishment of a national factory by Highwood, the first of its kind locally, to manufacture this type of hoists with the ‘Made in Oman’ label. This project will contribute to ICV development and local added value, besides creating job opportunities for nationals, raising the level of local competencies in the oil and gas sector and open up future prospects for the expansion of AlShawamikh in the Middle East and North Africa (MENA) region.”

The strategic partnership with Highwood Global, said Al-Hadhrami, encouraged Highwood Global to establish a national factory specializing in the production of high-tech ‘Made in Oman’ goods and services at Lekhwair – operated and managed by a workforce of more than 150 Omanis.

Kevin Kerr, CEO of Highwood Global, said the new plant will enable modern drilling rig technologies to be transferred to Oman for the benefit of operators and service providers in the wider Middle East region. Further, as part of its strategic partnership with AlShawamikh, the Canadian firm also launched a branch of the company, to be named ‘Highwood Oman’, as a demonstration of its support for its Omani partner and to affirm its commitment to providing truly high quality services to the Omani market.