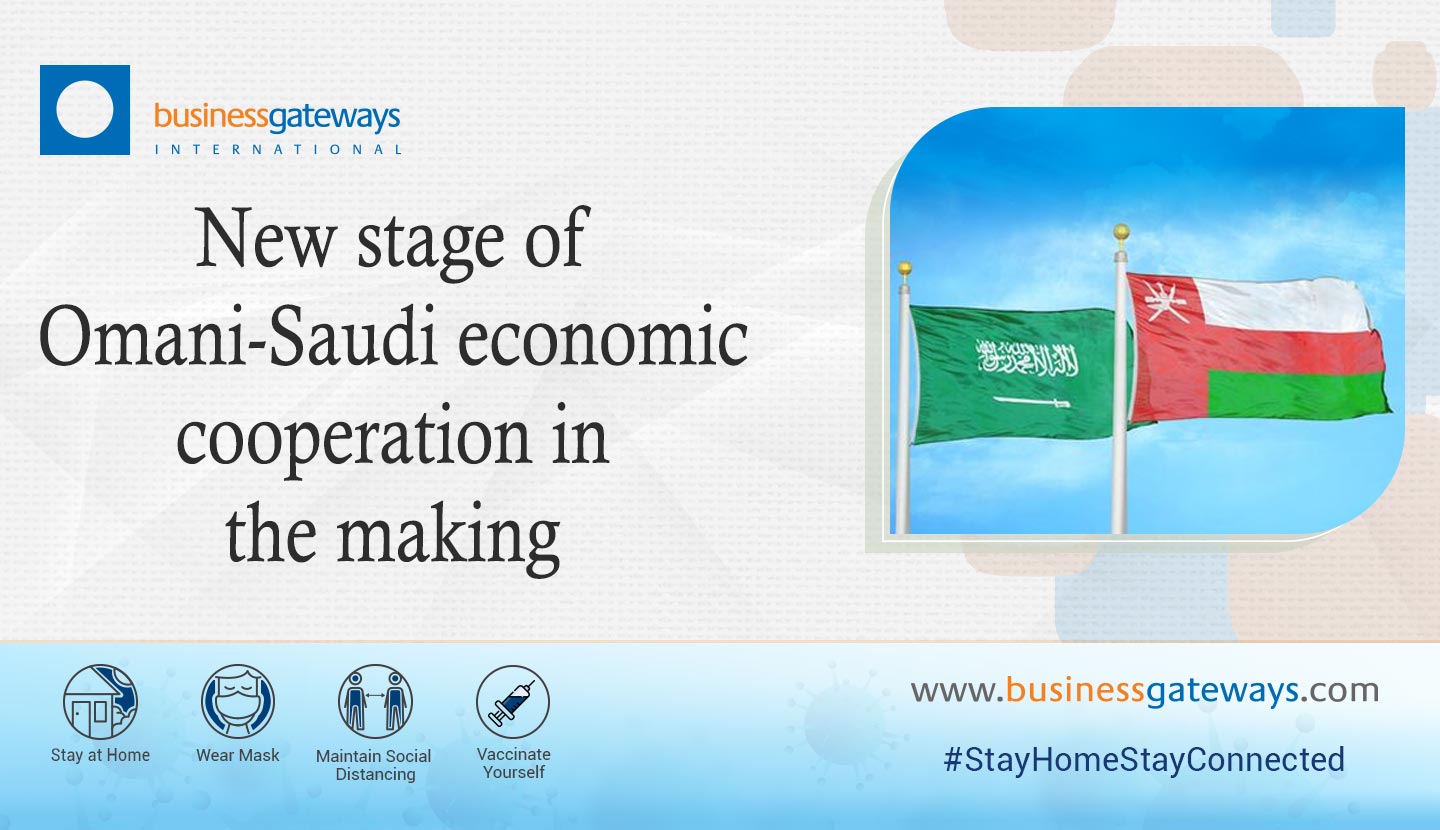 Over the next few days, the Sultanate and the Kingdom of Saudi Arabia (KSA) will enter into a new stage of economic, commercial and investment partnership that gains the support of the two countries’ political leaderships and their keenness to foster ties of cooperation aimed at realizing their common interests.

This partnership stems from ambitious goals set by Oman Vision 2040 and Saudi Vision 2030. The two visions encompass a huge volume of investment opportunities that collectively constitute a springboard for economic diversification. This approach envisages the creation of favourable conditions for the private sector and investors so that they could play a greater role in the future in generating employment opportunities for the national manpower and stimulating economic growth based on innovation.

Within the context of Oman Vision 2040, the Sultanate strives to build solid grounds of economic diversification informed by technology, knowledge and innovation. It will be a type of economy based on consolidating frontline connections and rear-side support with the purpose of expanding a production-export base, in addition to achieving diversity of commercial partners. The trend will deepen investment in high added value sectors and enhance the contribution of non-oil sectors to the Gross Domestic Product (GDP).

The Kingdom of Saudi Arabia affirms that its investment capabilities constitute a propeller of economic diversification. “Programme of Development of National Industry and Logistic Services”, which is seen within the context of Saudi Vision 2030, boosts the infrastructure of basic sectors. Saudi Vision 2030 forms one of the core pillars for promoting the Kingdom’s competitiveness and its attractiveness as an ideal investment hub.

This is in addition to the Kingdom’s ideal use of resources, the improvement of commercial balance, the creation of cutting-edge local industry that competes in global markets and the realization of other sustainable advantages based on innovation and stimulation of investments.

Over the past few days, a number of government officials and private sector representatives joined hands in formulating a vision that enables the two sides to identify areas of economic cooperation and joint investment. They presented proposals to activate trade ties between the Sultanate and Saudi Arabia, augment commercial exchange and increase investment opportunities, with emphasis on non-oil fields (logistic and tourism) and in areas of food security, mining, industry, health and education. They also formed a joint public-private sector committee at the level of ministers and under-secretaries to follow up and enhance cooperation.

The two sides affirmed that the speeding up of the Oman-Saudi direct carriageway will help cut down the cost of transport and import-export freighting and facilitate the movement of merchants and investors. They pointed out that the road will power the sectors of logistics and tourism and greatly enhance the setting up of joint ventures. It will also benefit from the ports of Sohar and Duqm. Once the Omani-Saudi highway is opened and, in case a railway route is added, the two sides can easily set up joint investments at Sohar Industrial Estate and at the Special Economic Zone in Duqm (considered one of the most important private investment hubs in the Sultanate.

On the Sultanate’s side, the Omani-Saudi road begins at Tan’am roundabout in the Wilayat of Ibri, A'Dhahirah Governorate, and runs till the area of Ramlat Khailah on the Saudi borders (155 kilometres). On the Saudi side, the road begins at the Haradh-Bat’ha junction and runs till Shaiba oilfield and further to Um-Azzumool checkpoint along the borders with the Sultanate, a stretch of 564 kilometres.

The Kingdom of Saudi Arabia is considered a strategic partner in many economic projects in the Sultanate. These projects include one for the development of Khazaen Economic City, the independent power plant “Salalah 2” (a synergy combing Saudi Arabia’s “Aqua Power”, Japan’s “Mitsui” and “Dhofar International Development and Investment Holding Company”) and Salalah Desalination Plant.