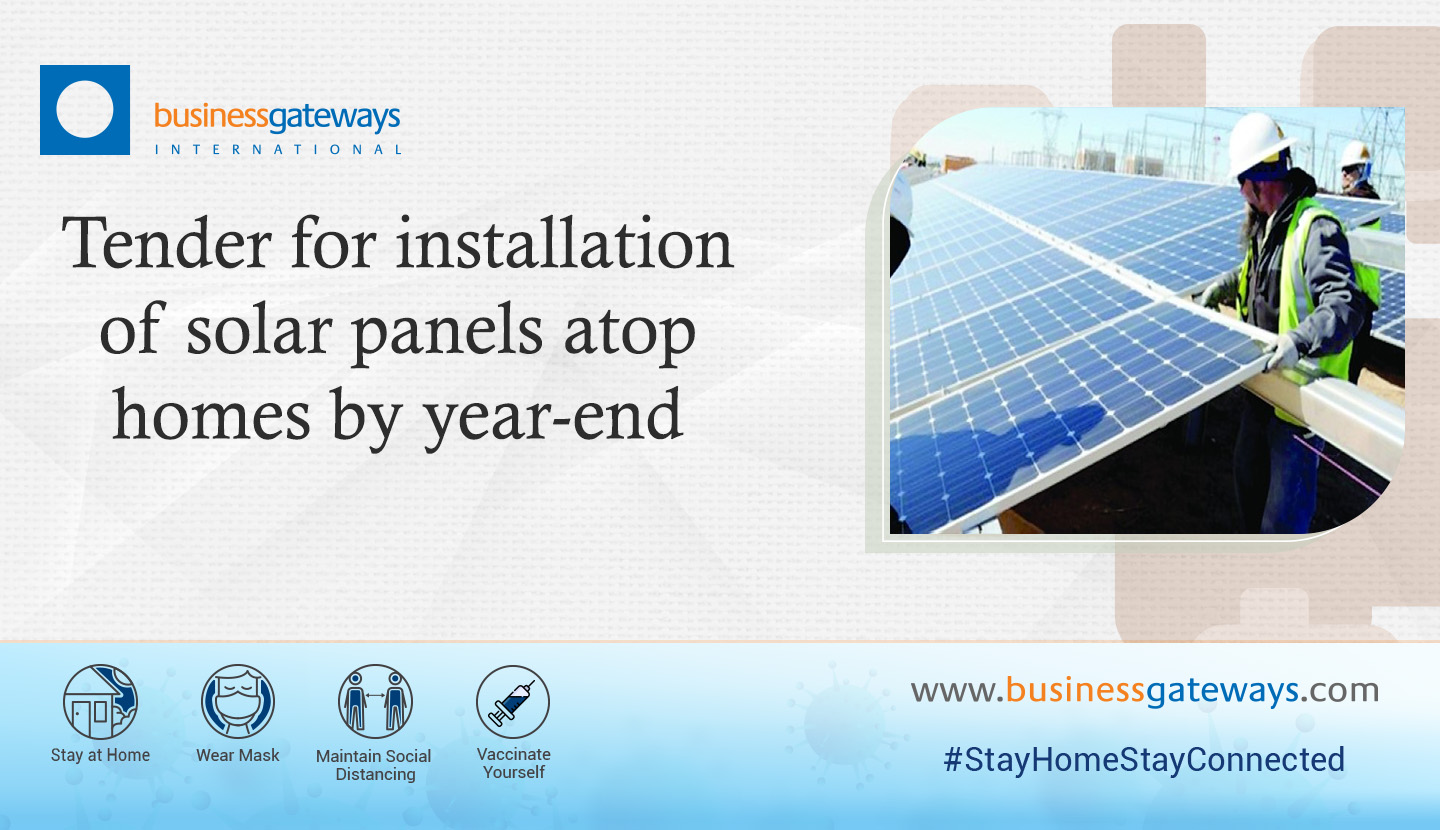 Clean energy: Homes in Muscat Governorate to be covered in first stage of implementation of National Renewable Energy Initiative (Sahim).

A competitive tender for the installation of solar panels atop residential homes and buildings in Muscat Governorate – part of the Omani government’s National Renewable Energy Initiative (Sahim) – will be launched before the end of this year, according to the Authority for Public Services Regulation (APSR).

The Authority, which is overseeing the roll-out of grid-connected solar photovoltaic-based rooftop capacity in the Sultanate, said an award stemming from the tender will cover the requirements of around 500 owners of residential buildings and homes. It will mark the first in a series of tenders, initially targeting homes in the capital city, but eventually expanded to cover between 10 per cent and 30 per cent of all residential buildings across the Sultanate.

“The Authority aims to launch the first tender under the umbrella of the ‘Sahim’ project for residential buildings before the end of this year (2021),” the regulator announced in its newly published 2020 Annual Report.

“The Authority, in coordination with specialised consultants, has developed a draft framework that defines the foundations and principles necessary for planning, implementing and developing the technical and financial models for the Sahim initiative for residential buildings, along with the role and responsibilities of all the parties concerned,” it further noted.

Phase 1 of the Sahim initiative, targeted primarily at government, private, commercial and industrial buildings, has so far garnered more than 100 applications to set up solar PV systems on their premises. Solar PV systems offering a total of around 45 MW of capacity have so far been installed as part of this phase.

Phase 2 of the programme is directed at residential homes, which account for around 45 per cent of total electricity consumption and 80 per cent of the subsidy earmarked for the sector. Fitted with solar panels offering between 3 to 10 kilowatt-hours of capacity, these grid-connected homes will be able to turn to clean energy for their requirement and inject any surplus output into the grid.

Significantly, the rollout of grid-connected solar rooftop systems will be governed by a carefully crafted mechanism designed to ensure that all parties concerned – consumers, private developers and local distribution companies – are suitably incentivised in line with the overall objectives of the Sahim programme.

“The Authority has managed to set up mechanisms to provide the necessary funding for installing solar panels in cooperation with the private sector. The cost recovery mechanism for the private developers will be attained through long-term contracts with licensed electricity supply companies, with participating customers required to pay a small financial contribution based on the expected electricity bill savings,” APSR said in its report.

A specialised company has also been contracted to “monitor the installation and commissioning of the systems, as well as monitor the energy output”, it added.