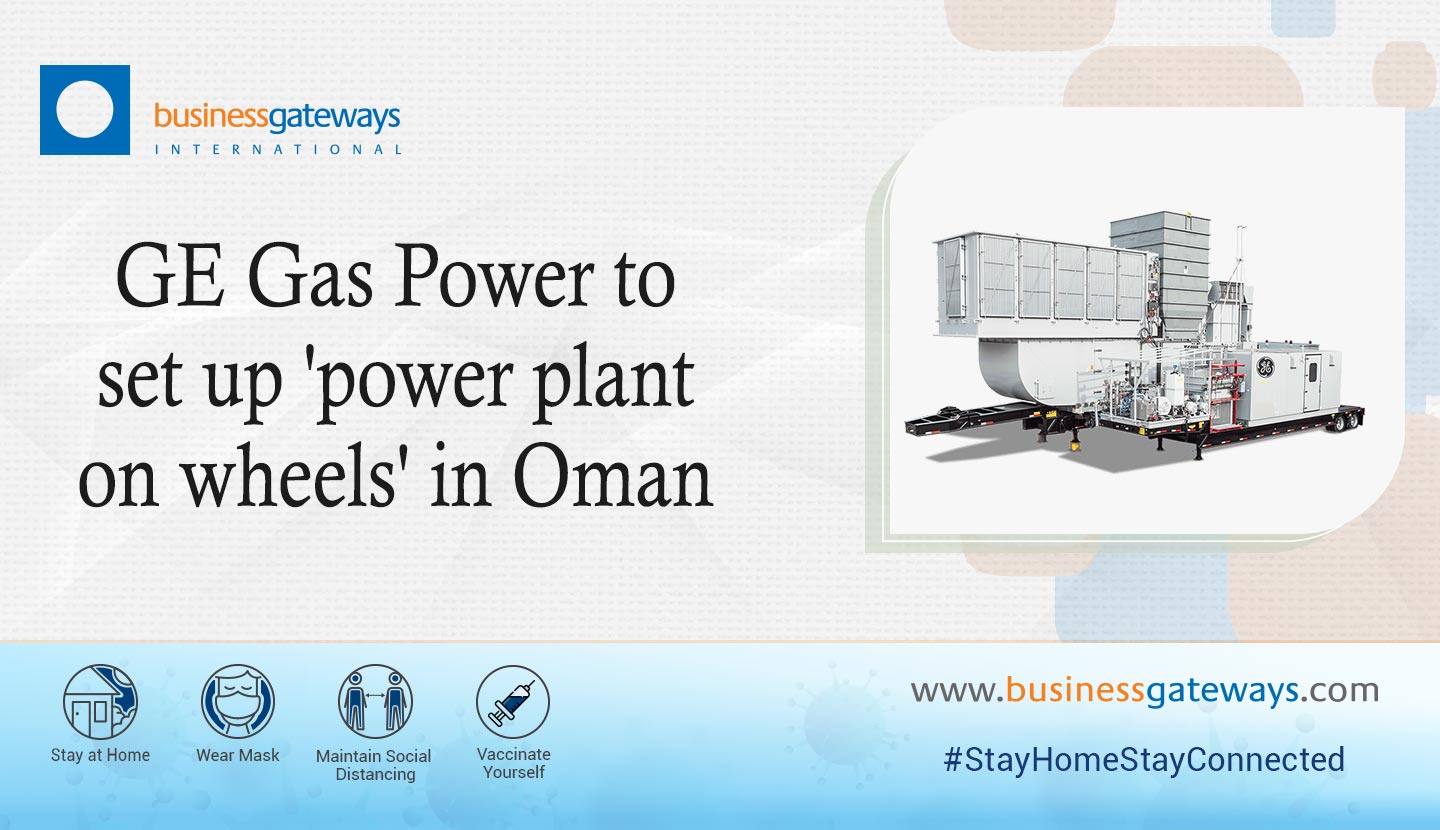 GE Gas Power has signed an agreement to build, own and operate a power plant equipped with mobile TM2500 aeroderivative gas turbines for the Centralized Utilities Company (Marafiq) in Oman.

As per the deal, Rural Areas Electricity Company (Tanweer) will purchase from Marafiq the power generated at the new plant located in the Special Economic Zone at Duqm pursuant to a power purchase agreement entered into by and between Tanweer and Marafiq.

Tanweer is an Oman government-owned company mandated to provide power in various regions of the country, including the Special Economic Zone in Duqm.

For this project, GE will supply four TM2500 units capable of providing up to 80 megawatts (MW) of power.

GE is expected to commission the plant in as little as five months’ time. The facility will then be operated for a minimum of three years, until the area is connected to the main 400 kilovolts (kV) grid.

Often described as GE’s ‘Power Plant on Wheels’, the TM2500 aeroderivative gas turbine is an easy to install, fast power, complete turnkey energy solution that can be redeployed from one location to another.

The TM2500 units will replace power currently generated by diesel generators in Duqm. This will lead to significant environmental benefits, as generating 80 MW of gas-based power instead of diesel-based power, is estimated to reduce annual carbon dioxide emissions by up to 90,000 tonnes per year - the equivalent of taking up to 20,000 cars off the roads.

Tanweer’s Acting CEO Ahmed Al Harthy said: "The Special Economic Zone at Duqm is a major new driver of socio-economic development in Oman. Tanweer, Marafiq and GE’s focus was to identify a reliable power solution that could be implemented quickly and in a more environmentally sustainable and cost-effective manner than diesel-fueled technologies."

Hamed Ali Al Wahibi, GM Business Development & Strategy at Marafiq, said: "Our TM2500 solution is an excellent fit for this new project at Duqm. The technology offers a reliability rate of over 99 per cent and more than 20 years of proven experience with over 300 units installed around the world and we believe it can bring significant benefits to Duqm."

It also offers significant flexibility, operating on a wide variety of fuels including natural gas, liquefied petroleum gas (LPG) and distillate liquid fuel; offering a quick start time of five minutes; and the ability to ramp up power output at 20 MW per minute, he added.

Joseph Anis, President and CEO of GE Gas Power (Europe, Middle East and Africa) said: "Access to dependable power enables growth, health and connectivity and we are honoured to support Marafiq and Tanweer on their journey to further strengthen and decarbonize the power sector in Duqm."

"The project illustrates how switching from diesel or oil-fuelled power generation to gas can help power producers to generate more sustainable electricity, without compromising on the reliability, flexibility and affordability of power supply," he added.