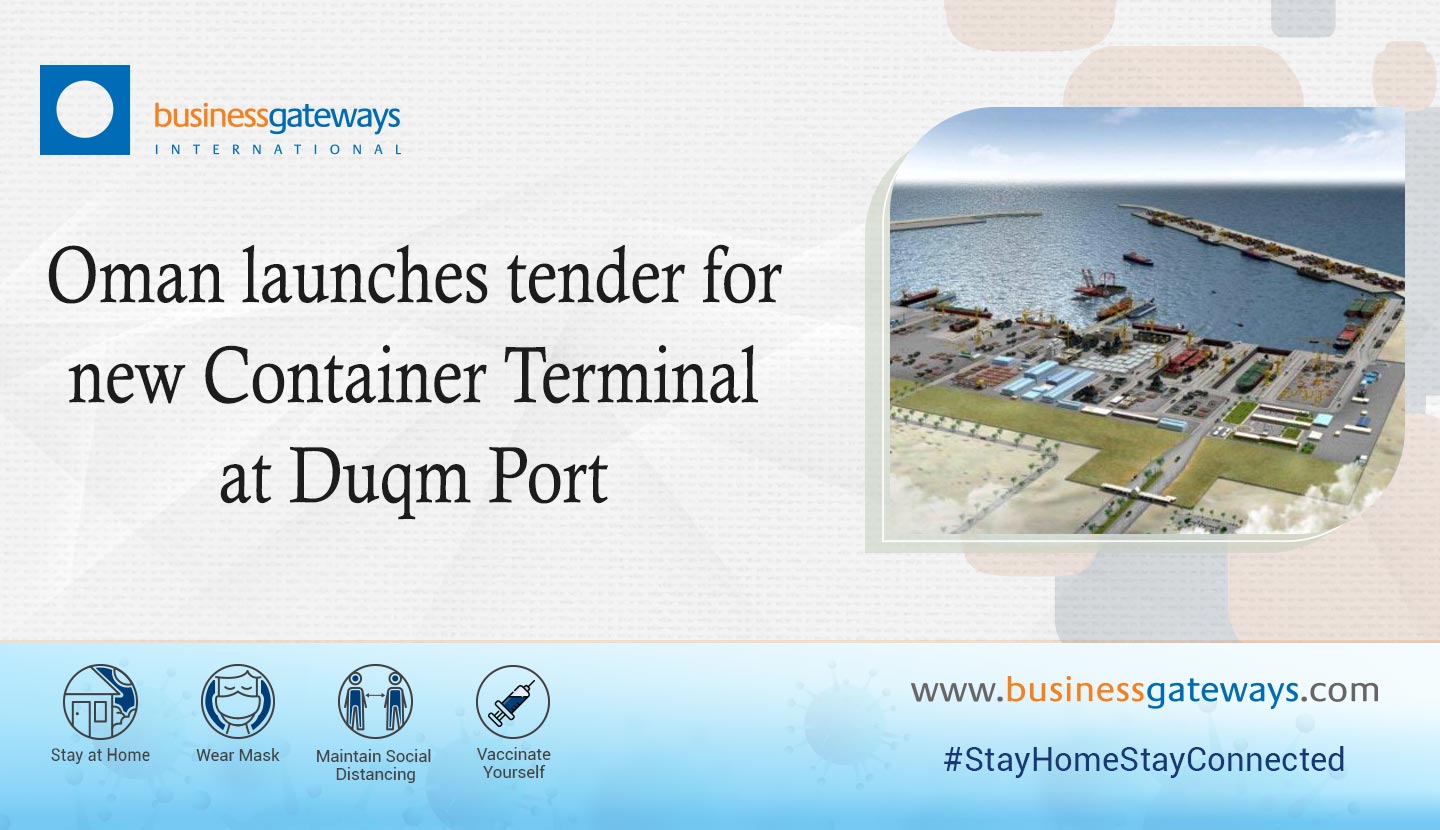 New milestone: Selected international operators will receive a 30-year license to develop and operate the first phase of the port’s Container Terminal with a capacity of up to 1.7 million TEU.

Marking a key step in its evolution into a full-fledged, multipurpose maritime gateway, Port of Duqm has announced the formal launch of an international competitive tender for the selection of an operator to develop and manage a world-class Container Terminal planned at the facility.

An Invitation to Prequalify (ITP) floated by Port of Duqm solicits Expressions of Interest from qualified parties, one of whom will go on to acquire a 30-year license to develop and operate the first phase of the port’s Container Terminal project. Capacity is envisioned at 1.7 million TEU with additional scope for expansion in the future, the port noted.

The commercial berth’s total length of 2250 metres, around 1600 metres are earmarked for two Container Terminals offering a combined capacity of 3.5 million TEUs per annum. Future capacity additions could potentially boost container handling volumes to over 20 million TEUs per year. Also planned elsewhere along the commercial berth are a 300 metre long dry bulk terminal with a capacity of about 5 million metric tons per year, and a 425 metre long multipurpose terminal for cargoes totalling 800,000 metric tons per year.

This week’s announcement comes as Port of Duqm, which anchors one of the biggest industrial and economic hubs in the Middle East, prepares to ramp up commercial operations ahead of the start-up of a number of strategic, mega ventures nearing completion at the adjoining Special Economic Zone (SEZ).

Together with elements of the world-scale Liquid Terminal within the port, the Crude Oil Terminal at Ras Markaz, the new Integrated Power and Water Scheme nearby, and a string of industrial, logistical and economic projects, a rapid uptick in activity at the SEZ and port is anticipated in the next 2 – 3 years.

It also comes as Duqm Port’s marine infrastructure of the Commercial Berth is substantially complete, paving the way for Port of Duqm Company (PoDC) to now focus on the development and operation of dedicated terminals with the support of well-established international players.

International interest in Port of Duqm’s tender is expected to be strong, given Duqm’s positioning as a new economic growth pole for the Sultanate, coupled with its advantageous geographical location overlooking the Arabian Sea and Indian Ocean beyond. Its relative proximity to regional markets in the Middle East, the Indian sub-continent and East Africa is also seen as particularly beneficial.

Interested bidders have until September 9, 2021 to submit their Expressions of Interest, according to the Port of Duqm Company (PoDC), a 50:50 joint venture between the Government of the Sultanate of Oman (represented by Asyad Group) and Consortium Antwerp Port (CAP).

“PoDC is publishing an Invitation to Prequalify (ITP) where respondents are invited to present their qualifications and indicative commercial strategy, under an Expression of Interest (EoI) submission, on the basis of which a shortlist of prequalified bidders will be established to carry out a competitive dialogue for developing the project agreements and selecting a preferred bidder for award,” the JV said.