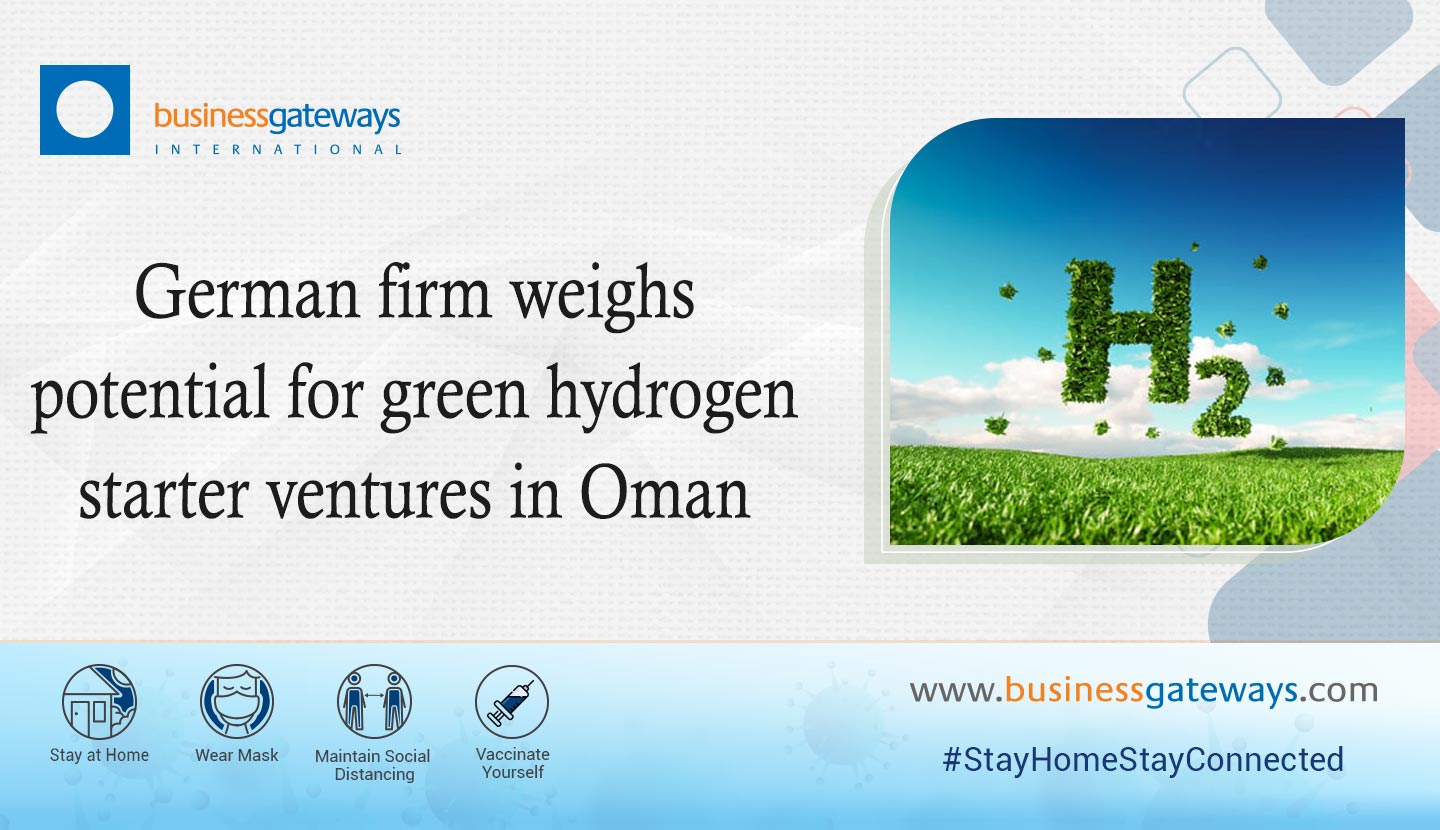 Hydrogen Rise AG, a well-known German firm specialising in hydrogen fuel technologies, says it is keenly exploring opportunities for the development of module-scale green hydrogen schemes in the Sultanate as a springboard for their eventual upscaling into export-driven mega projects in the future.

The Munich-headquartered firm, which has been among the earliest international proponents of a hydrogen economy in Oman as an alternative to fossil fuels, has been working with a number of Oman-based stakeholders to help advance its stated goal of positioning the Sultanate as a major production hub for green hydrogen in the region.

“Hydrogen Rise is currently planning projects in Oman that can benefit from significant co-funding from the German government. The company focus is on short-term realizable projects in the 20 – 60 MW range, operating in 2023 and opening the path to larger scale plants,” said Dr Bernd Wiemann, Founder and CEO Hydrogen Rise AG.

“It is expected that green hydrogen achieves commercial viability, much faster as in previous similar waves of new technologies such as solar and wind energy, predominantly due to economies of scale. This is the basis for the worldwide fast-growing interest in this clean energy carrier,” Dr Wiemann stated in a guest article published in the latest edition of ‘Energy Oman’.

According to Olav Carlsen, Co-Founder and CFO, module-size 20 MW projects “make sense in size, cost, timing and application” for green hydrogen. “20MW is the most reasonable industrial starter size because of limitations in global and timely availability of electrolyser capacity and in terms of speed of its planning and building,” he said.

Such module-size schemes can “take advantage of future expected significant and fast reduction of capital cost by starting with a reasonable size now and scale as capital cost is coming down”, he noted.

Hydrogen Rise is advocating the use of 20MW starter green hydrogen projects to support a range of industrial applications, including methanol, ammonia, fertilizer, steel, and injection into gas grids.

Such ventures, said Carlsen, will “pave the way for reducing significantly the consumption of natural gas for all of these energy-intensive industries and to be able to continue to attract energy intensive industries to Oman in the future to secure jobs and non-oil revenues while saving natural gas resources when gas is not used for these applications, but renewable energy and green hydrogen instead.”

Starter ventures of about 20 MW capacity can be realized within as little as two years, helping also yield important learning and research opportunities as well as international positioning for Oman. “All industrial countries are looking for international strategic supply partners for green hydrogen now, not in a few years. Supply countries that want to ‘play’, need to act fast in their industry and political positioning,” the CFO stressed.

Last year, the German firm set up Hydrogen Rise LLC in Oman with the goal of creating joint ventures with Omani private investors to plan, develop, build and operate green hydrogen production plants in the Sultanate. Earlier, in partnership with the German University of Technology in Oman (GUtech), Hydrogen Rise set up the Oman Hydrogen Center to support learning and R&D.

Hydrogen Rise says it is in the process of building long lasting consortia with the largest German and international technology and engineering providers to prepare for execution of several hydrogen projects in Oman.

“These partners will continue to work on projects as a team; simultaneously setting up research teams for the proposed application projects for technology transfer and technology adaption to local conditions,” Carlsen added.