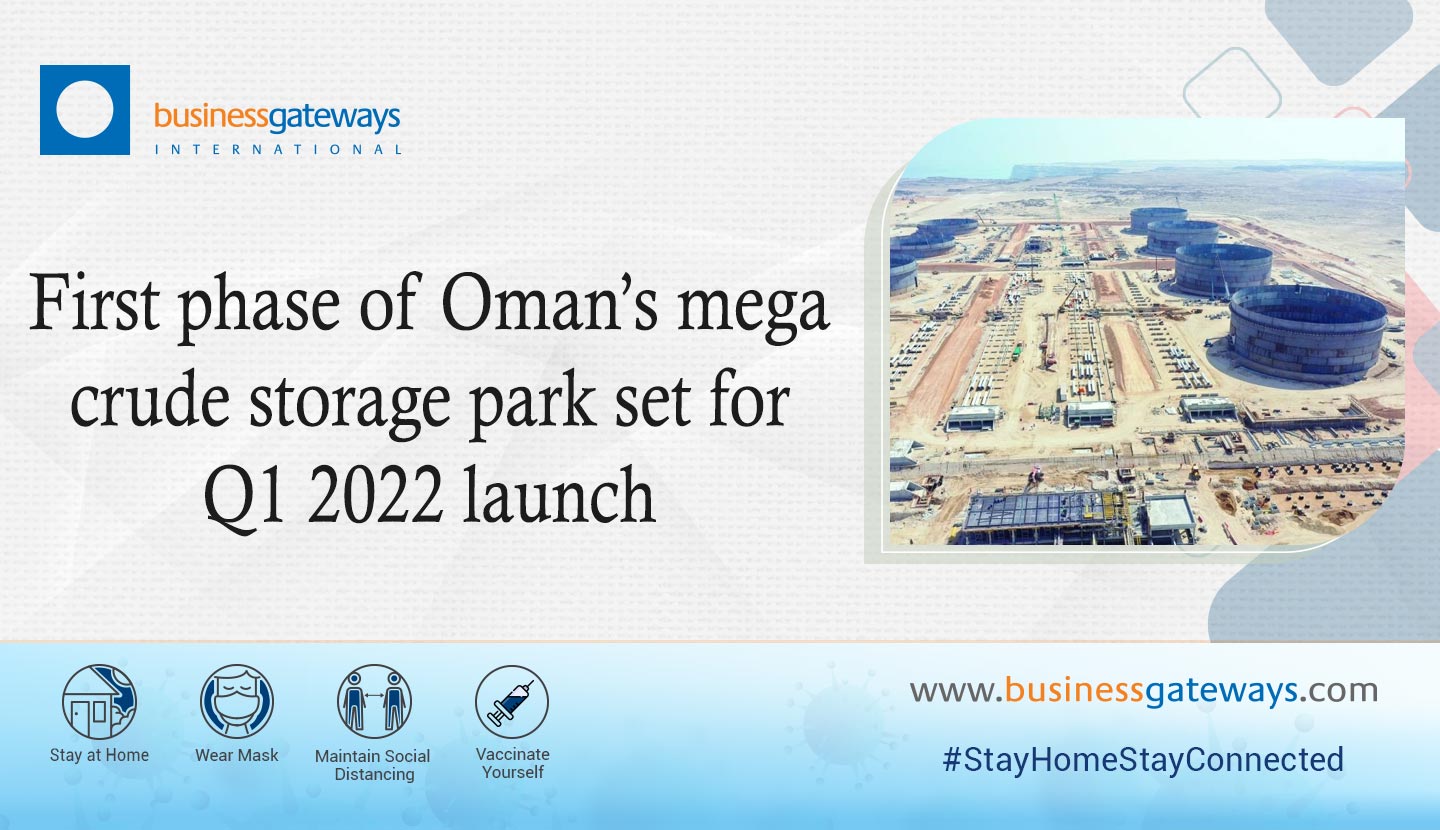 Phase 1 of a world-scale Crude Oil Storage Terminal, currently nearing completion at Ras Markaz on the Sultanate’s southeastern coast, is slated to come into operation in the first quarter of 2022.

Developed by Oman Tank Terminal Company (OTTCO), a wholly-owned subsidiary of OQ — the Sultanate’s integrated energy group — the facility will position the Sultanate as a global hub — for the first time — for all kinds of local, regional and international crudes.

According to a high-level executive of OTTCO, marine works at the Raz Markaz Crude Oil Park were completed in the first quarter of this year, with landside infrastructure reaching the 70 per cent completion mark as of June-end this year.

“The infrastructure required to store crude oil during the first phase is almost ready, and operations are expected to start in Q1 of 2022,” Eng Salim bin Marhoon al Hashmi, Project General Manager, said in an interview published in the latest edition of ‘Duqm Economist’, the quarterly newsletter of the Public Authority for Special Economic Zones and Free Zones (OPAZ).

A total of 40 sq kilometres has been earmarked for the entire park, up from the present area of about 10 kilometres under development for the first phase.

OTTCO’s CEO Ard Van Hoof was quoted as stating that the storage terminal, located just 80 km south of the Special Economic Zone (SEZ) at Duqm, adds another strategic element to Duqm’s importance as an integrated energy and economic hub.

Overlooking the Arabian Sea and the Indian Ocean beyond, the storage park’s geographically advantageous location — far removed from the contentious Strait of Hormuz — will open up opportunities for regional and international oil traders to store their volumes on a short-term and long-term basis, he said.

“We aspire to become the largest crude oil storage project in the Middle East to serve as an important global crude oil storage centre due to the strategic location of Ras Markaz on the Arabian Sea, overlooking the Indian Ocean. The Park will meet the markets’ needs, connecting the markets in South Asia, Far East and Africa.

The project will contribute in the long-term to place the Sultanate as a major centre for storing bulk and liquid products in the region,” he told the newsletter.

In addition to serving as a storage hub, imported crude as feedstock for the greenfield refinery of OQ8 (formerly known as Duqm Refinery) – a partnership of OQ and Kuwait Petroleum International – will be channelled to the refinery via an 80-km pipeline already in place.

Giant tanks, built at a height of 110-metres above sea level, will allow for its crude oil contents to flow by gravity for loading into ships anchored a few kilometres offshore.

But when tankers arrive at Raz Markaz to unload their cargoes, a series of four heavy-duty pumps will be activated to pump the crude to the tanks on the hilltop.

“We have started, in cooperation with international consulting companies, preparing pre-feasibility studies to assess the possibility of connecting Ras Markaz Park to the (interior) oilfields in the future. This comes with aim to supply the refinery with its crude oil needs and establish an alternative site for the export of crude oil,” CEO noted.

Currently, the Sultanate exports the bulk of its crude via the Mina Al Fahal terminal in Muscat. Some small volumes are also shipped from a single-buoy mooring built off Tibat in Musandam Governorate for liquids produced in offshore fields in Khasab.