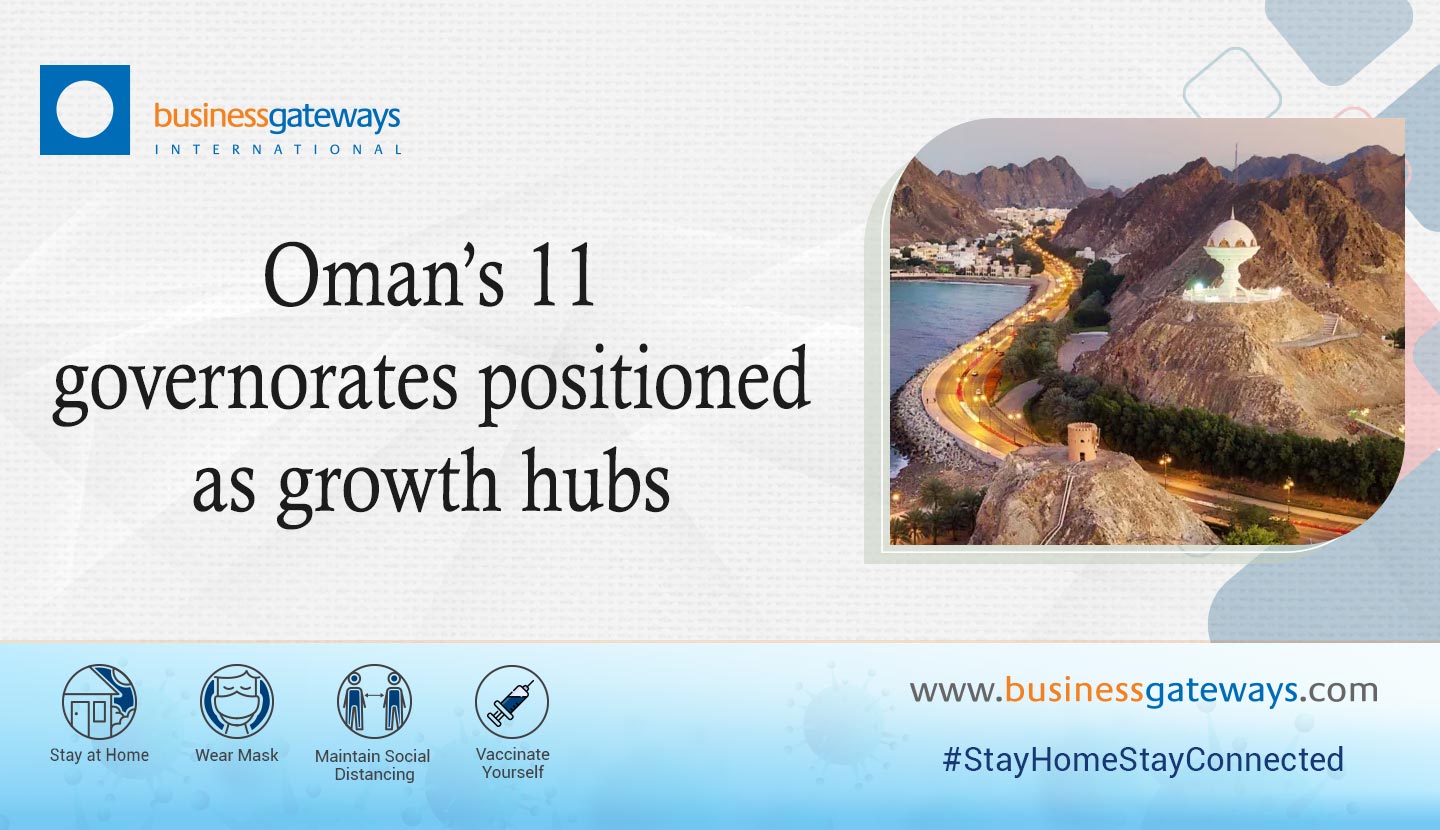 By 2040, the Sultanate’s eleven governorates are envisioned to evolve into economic hubs in their own right, each with their own distinctive forte based on their competitive advantages, be they, industrial or manufacturing, logistical, mineral, green resource-based, geographical, and such other factors.

This ambitious vision, outlined in the country’s National Spatial Strategy produced and published by the Ministry of Housing and Urban Planning earlier this year, aligns with the objectives of Oman’s Vision 2040 blueprint for development, as well as the UN Sustainable Development Goals (SDGs) for 2030.

The Observer looks at the respective visions set out for each governorate and the key drivers identified by the Ministry’s planners and experts for achieving its economic and developmental aspirations:

Already a major industrial and maritime hub connecting Oman with global markets, Al Batinah North has the potential to be transformed by 2040 into a “premier centre for international trade, with value-added activities building upon the industrial, mineral and agricultural resources of the Governorate”. This growth is anchored by Suhar, which will leverage its port and airport facilities to expand access to foreign markets to develop as a National Gateway city. Together with Liwa to its north, they will form the Greater Sohar urban area, buoyed by the growth of Al Suwaq as a major agricultural processing centre.

Capitalising on its great history and antiquity, of which its oases are an integral part, Nizwa – the administrative centre – will be a “hub of the high-value economy”, encompassing business, design, fashion and culture, and thus ideal for services and entertainment catering to the entire Interior of the country. By 2040, the neighbouring wilayats of Al Hamra, Bahla and Adam are poised to grow as well as Nizwa becomes a centre for integrated tourism combining business, entertainment and culture.

Anchored by Duqm, designated as one of the National Gateways of Oman, Al Wusta’s vast desert expanse will be exploited for renewable energy as an alternative to Oil and Gas. Haima is proposed to be developed as a Regional Hub offering modern facilities for the public and private sectors. The governorate’s vast natural wilderness will also be opened up for adventure tourism, while protected areas will continue to be conserved.

Tourism will be the key plank driving Musandam’s economic development, supplemented by sectors such as fisheries, agriculture, trade and quarrying. Preserving the governorate’s outstanding natural beauty will be a key goal as well.

By 2040, economic growth will occur both within across traditional coastal belt, but also inland, with Al Rustaq growing as the main administrative centre for the governorate and becoming a significant tourism centre. Barka and Al Musanaah will grow too, while Khazaen Economic Zone, connected by rail with Sohar Port, will become an important employment generator. Tourism will thrive in the wilayats of Al Rustaq, Nakhal, Wadi Al Maawil and Al Awabi. Al Musanaah will support agriculture, fishing and coastal tourism activities.

“Al Dhahirah will progressively enhance its strength in high value production in major engineering industries, logistics, food processing and national scale advanced agriculture, accelerating diversification from oil & gas and capitalising on improved access to international and regional centres through its connections to Suhar and Buraimi to the north and Nizwa/Duqm to the east and south,” according to the report. Ibri, with its renewable energy projects, will also support an incubator cluster or tech park, while Dhank and Yanqul will develop interrelated and complementary economic sectors.

Al Sharqiyah North, says the report, will change direction and transform its towns and economy, while maintaining a strong emphasis on retaining local culture and balance with its distinctive natural heritage of mountains, desert and agricultural plains. Driving this transformation is Ibra as a centre for applied technology and tech-engineering. It will also be a hub for developing businesses and advanced manufacturing. Sinaw will be a centre for the Omani food industry, while Bidiya will become a nationally innovative centre for camel-related industries, encompassing breeding, rearing, trading, racing and tourism.

Investments into this governorate will centre around the Blue Economy across industry, research, management and administration, tourism and fisheries. Sur will become a well-developed urban, commercial and tourism centre, boasting intensified agriculture, aquaculture and tourism activities.

Capitalising on its strategic location, Al Buraimi will become a local leader in the research and utilisation of Green Tech, which in turn will generate employment. Al Sunainah, the centre of a major dairy farming and processing industry, will also witness the growth of desert tourism activities, while Mahdah will support mining, livestock rearing and tourism activities.

MUSCAT: Portal to the World

By 2040, Muscat will be transformed into a “world-class, cosmopolitan and sustainable metropolis that is firmly based on Oman’s traditional cultural values”, according to the report. It will continue to be a hub for financial services, trade, hospitality and tourism. Mass transit systems will be a key feature of urban transportation, with a commuter rail line running all the way to Suhar, and light metro linking Ruwi with Seeb.

Salalah is a new National Gateway City, supported by distinctive Local Centres across the Governorate. High tech industries will flourish in and around the port, free zone and airport. The jabals will be regenerated, while the Nejd will host many food security-related projects.