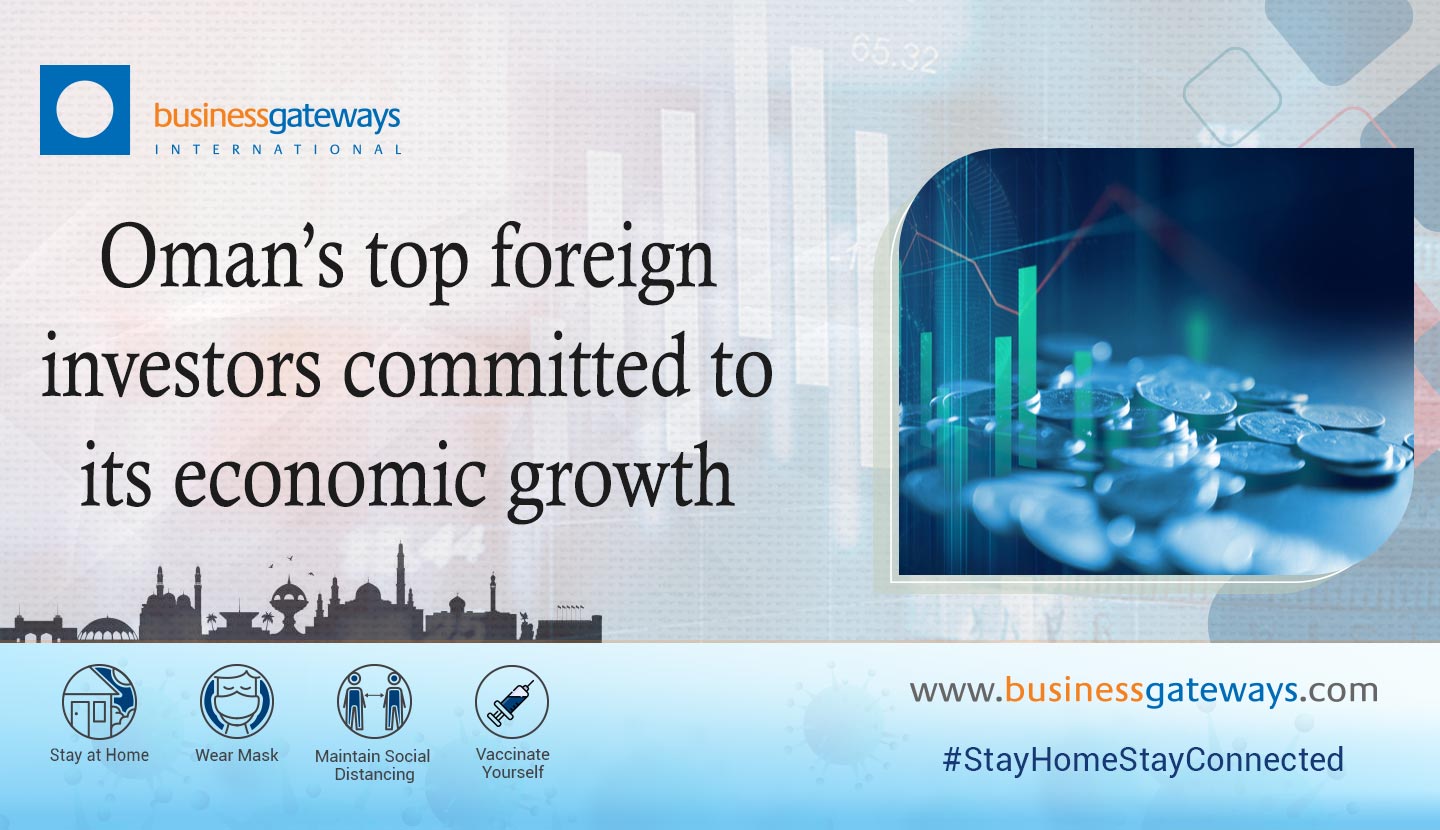 Oman’s top foreign investors say they are keen to continue developing the country’s economy and contribute towards the objectives of Vision 2040.

The United Kingdom and the United States were the countries that led foreign investment into Oman last year.

The UK contributed OMR7.92 billion in investment projects, while the US pledged a further OMR1.84 billion, during the first three quarters of 2020, according to National Centre for Statistics and Information (NCSI) data.

Foreign direct investments (FDIs) from the UK amount for nearly half of the foreign investment received by Oman during this period: about OMR15.65 billion. Investment from Britain is guided by the UK-Oman Comprehensive Agreement, signed in May 2019, which in particular has facilitated trade and investment in science, health, technology and innovation.

“This aims to support increasing Omani desire for foreign investment,” said the UK’s Department for International Trade. Investment during the first three quarters of 2020 were 11 per cent greater than the same time frame for the previous year, when the UK provided funding worth OMR7.26bn.

Future investment in Oman is likely to expand into “renewables and green technology, by leveraging the common ground between the UK’s industrial/energy strategy priorities and Oman’s Vision 2040 sustainability plans.”

Green energy plays a key role in the UK, employing three quarters of a million people, with investments of over £14bn (OMR 7.5bn) in the British economy in 2019, leading to the generation of £95bn (OMR51bn) in value-added economic activity. Trade between the US and Oman, on the other hand, is governed by the Free Trade Agreement signed between the two nations in 2009.

“This has increased trade in both directions, created opportunities for US and Omani businesses, and supported Oman’s goals of attracting investment and diversifying its economy in line with Oman Vision 2040,” said Leslie M Tsou, the ambassador of the US to Oman.

“Oman is a key strategic partner of the United States,” she added. “Our relationship is strong and getting stronger, anchored by close people to people ties, an enduring security partnership, and robust trade between our countries.”

One of the key areas Britain is keen to invest in is Duqm, the upcoming port city that aims to be the axis of Oman’s non-oil future. A number of key installations, including the Port of Duqm, Duqm Dry Dock, the China-Oman Industrial Park, the Duqm Refinery, and many other facilities have either been built, or are under construction.

The UK is funding several projects in Duqm, including the Duqm Refinery, Port of Duqm, and Duqm Naval Dockyard (DND). This is in addition to a £23.8mn (OMR 13mn) investment to expand the Joint Logistics Support Base present.

“Duqm is the largest free trade zone in the Middle East and the single biggest economic initiative in Oman’s modern history, and opportunities for British investment will continue to grow, including in sectors like mining, fishing, aquafarming, food distribution, healthcare, education and tourism,” said the Department for International Trade.

Oman’s presence in the Gulf, given its strategic location, and potential for growth as a hub for trade with the Middle East and East Africa, also makes it a more attractive opportunity for British investors and companies. With growing bilateral trade up and down the country, there is a great deal of effort made to showcase Oman in the UK, and to British businesses considering investment in the Gulf.

In terms of US concerns, there are about 100 American companies with investments or operations in Oman, many of them representing global, well-known brands. US investments in Oman span a wide range of sectors, including consumer products distribution, oil and gas exploration, hospitality, and other services including engineering, information technology, financial, accounting, legal, consulting, and many more.

Oman is one of only 20 countries with whom the United States has a free trade agreement, showing US confidence in Oman as a destination for US commerce and investment. Although there is a likelihood that investments from the US could contract because of the ongoing COVID-19 pandemic, US products continue to remain valued in Oman.

“By the same token, the United States, as the world’s largest economy, offers Omani companies unparalleled opportunities for investment,” said a representative of the US Embassy in Muscat. “The embassy and the Oman American Business Centre are eager to support US companies in new investment and expansion in Oman.”

The majority of the funds (OMR10.06bn) went towards the oil and gas sector. The financial sector received another OMR1.47bn in investment, while real estate activities saw a further OMR1.14bn.