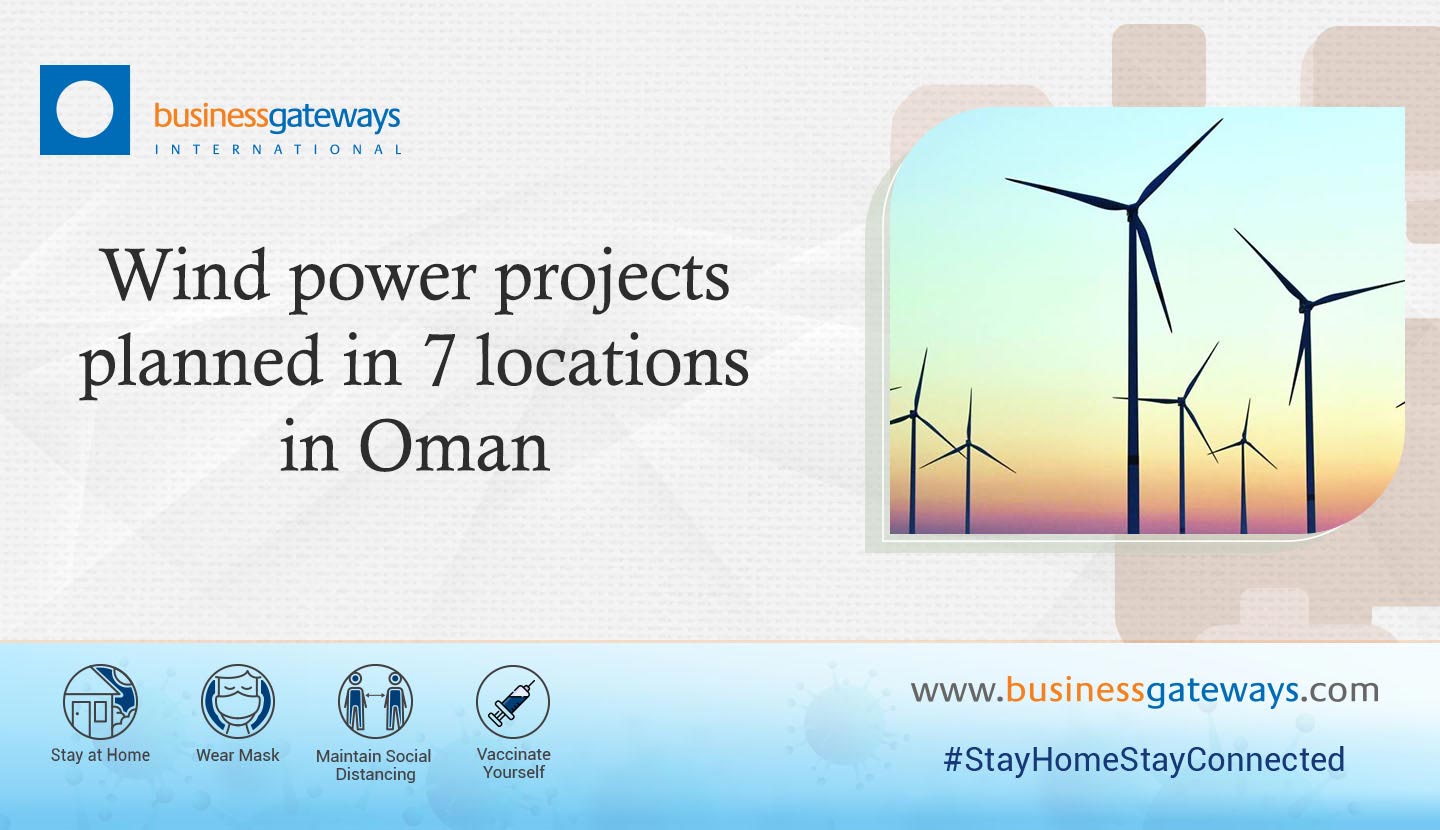 Authorities overseeing the rollout of new renewables-based electricity generation capacity in the Sultanate have identified seven locations for the establishment of wind power projects.

These locations comprise Sur and Jaalan Bani Bu Ali (North Al Sharqiyah), Duqm-1 and Duqm-2 (Al Wusta) and Al Jazir, Shaleem and Sadah (Dhofar Governorate), according to a new report by the Implementation Follow-up Unit of Oman Vision 2040. “With Oman’s coastline consistently receiving strong winds throughout the year, the decision was taken to establish wind power projects, with varying capacities, in (these) 7 key locations,” said the report, published on Monday. “These projects are expected to provide energy benefits in addition to further boosting the government’s commitment to reduce greenhouse gases emissions,” it noted. Helping accelerate the approvals process necessary to drive the early implementation of Oman’s wind power programme is a committee of officials representing a number of government and public sector organisations.

Significantly, Oman Vision 2040 targets a contribution of at least 20 per cent from renewable energy resources towards the country’s electricity needs by 2030, rising to 35-39 per cent by 2040. While solar energy will account for a dominant percentage of this target, wind will make a notable supplementary contribution as well.

The first of these seven wind power projects are slated for launch in 2025. Initially envisioned for implementation by 2023, it has been pushed back to 2025, according to the report.

As a first step in the delivery of the rebranded ‘Wind 2025’ project, the stakeholders are focused on completing the ‘predevelopment phase’. To this end, the team worked on the commissioning of a monitoring station for the collection, assessment and publication of wind resource data, which is a prerequisite for the start of a feasibility study for the procurement of a wind-based Independent Power Project (IPP).

Commenting on the next steps in the delivery of the wind power programme, Oman Vision 2040’s Implementation Follow-up Unit said: “In 2021, the qualification process for the first round of wind IPPs is set to take place in Q3 of 2021. Then, the RFP (request for proposals) will be issued to the qualified bidders, and the technical and bid evaluation process will start.”

As was the case with most economic projects around the world, an ambitious strategy for the roll-out of large-scale solar and wind power schemes stalled in the wake of a historic slump in electricity demand in the Sultanate last year – the combined result of the economic slowdown and the pandemic. These plans, authorities stress, are still on the table but will be pursued based on revised delivery schedules.

In recent months, Oman’s overall renewables-based ambitions have received a significant boost following the recent adoption of a national strategy for the production of zero-carbon fuels, centring on green hydrogen’, in the Sultanate.

A number of local and international energy firms have unveiled plans for investments in large-scale green hydrogen schemes that will harness the country’s prodigious solar and wind resources to produce green hydrogen for global markets.