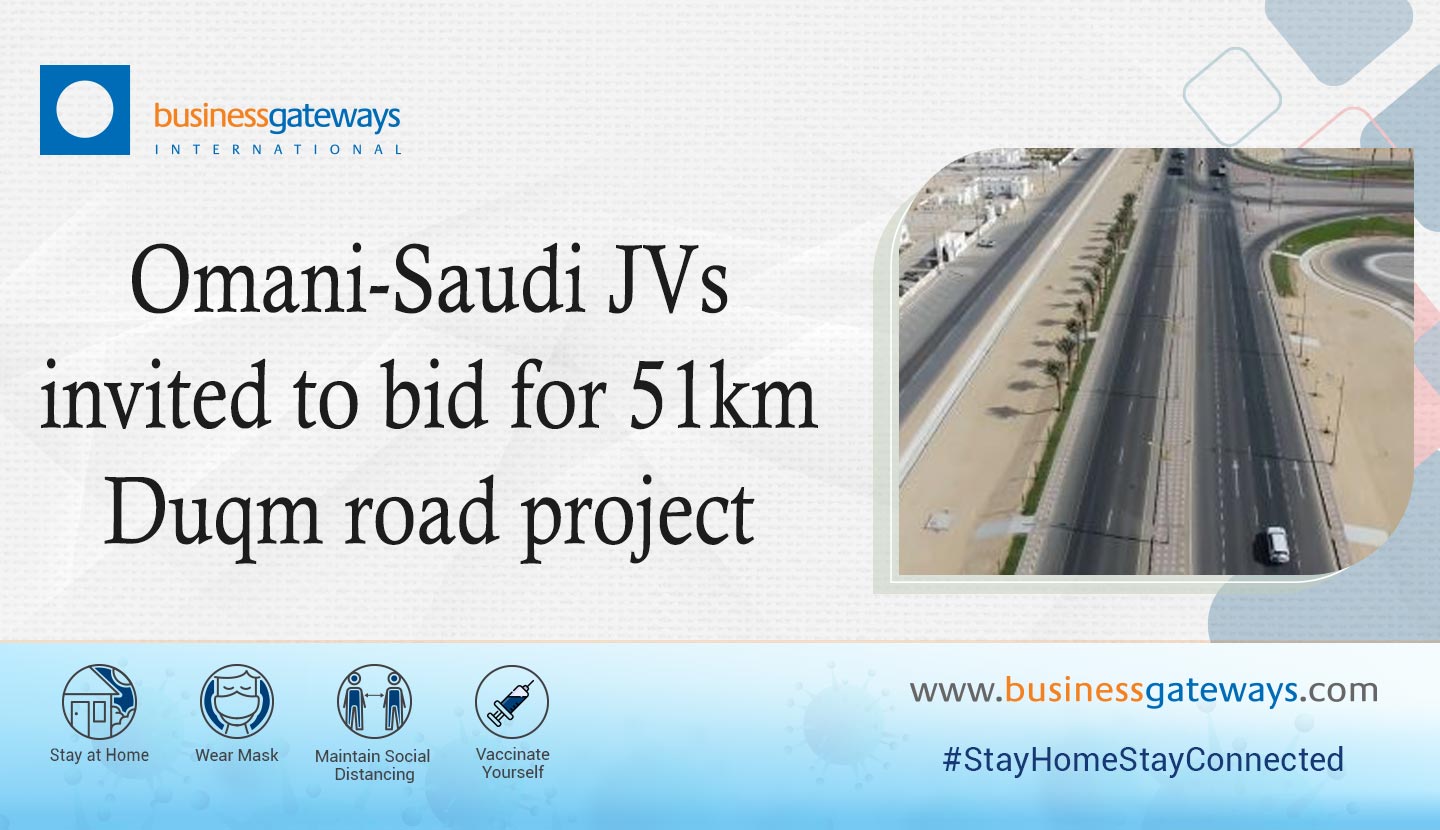 In a further fillip to Omani-Saudi economic ties, the Public Authority for Special Economic Zones and Free Zones (OPAZ) has announced that a new road project planned in Duqm SEZ will be open to bidding only by joint venture partnerships set up by construction firms of the two countries.

The 51km dual carriageway will link Duqm with a Crude Oil Storage Terminal nearing completion at Ras Markaz just south of the SEZ. Oman Tank Terminal Company (OTTCO), a subsidiary of OQ – the Sultanate’s global integrated energy group – is preparing to launch the first phase of the crude oil hub early in 2022.

Prospects for a strong uptick in economic relations between Muscat and Riyadh received a boost following the historic visit of His Majesty Sultan Haitham bin Tarik to Saudi Arabia last month. The Sultanate has sought to promote the SEZ at Duqm, among other investment opportunities, as particularly promising for Saudi industrial and economic investment, given Duqm’s strategic geographical location and its proximity to international shipping routes.

According to OPAZ, the 51-km all-weather road will run from Duqm Airport to Raz Markaz. It includes 42.7 km of dual carriageway (with two lanes on either side) and 6km of the single carriageway (one lane or either side). Further, as many as eight roundabouts will be constructed along the length of the road project. The successful bidder will also construct drainage structures and embankment protection systems, besides installing street-lights. A three-year timeframe has been stipulated for the completion of the project.

Significantly, it marks the first time that a road project is being procured based on bidding criteria of the kind that has been specified by OPAZ in this particular contract. The objective, according to market experts, is to give new impetus to Oman-Saudi economic relations.

Auguring well for stronger trade and investment ties between the two countries is a new 800km carriageway that links Oman with Saudi Arabia via The Empty Quarter. When operational, sometime later this year or early next year, the desert road will enable speedier flows of goods, tourists and business travellers.

Additionally, the new Duqm – Ras Markaz road project will open up Ras Markaz to international investment. When launched next year, the Crude Oil Storage Terminal will position the Sultanate as a global hub for all kinds of local, regional and international crudes. An array of huge tanks has been constructed at site, offering up to 25 million barrels of storage capacity in the first phase of the project. When fully built, in increment stages over several years, the facility will offer a world-leading 200 million barrels of storage capacity.

Overlooking the Arabian Sea and the Indian Ocean beyond, the storage park’s geographically advantageous location — far removed from the contentious Strait of Hormuz — will open up opportunities for regional and international oil traders to store their volumes on a short-term and long-term basis.