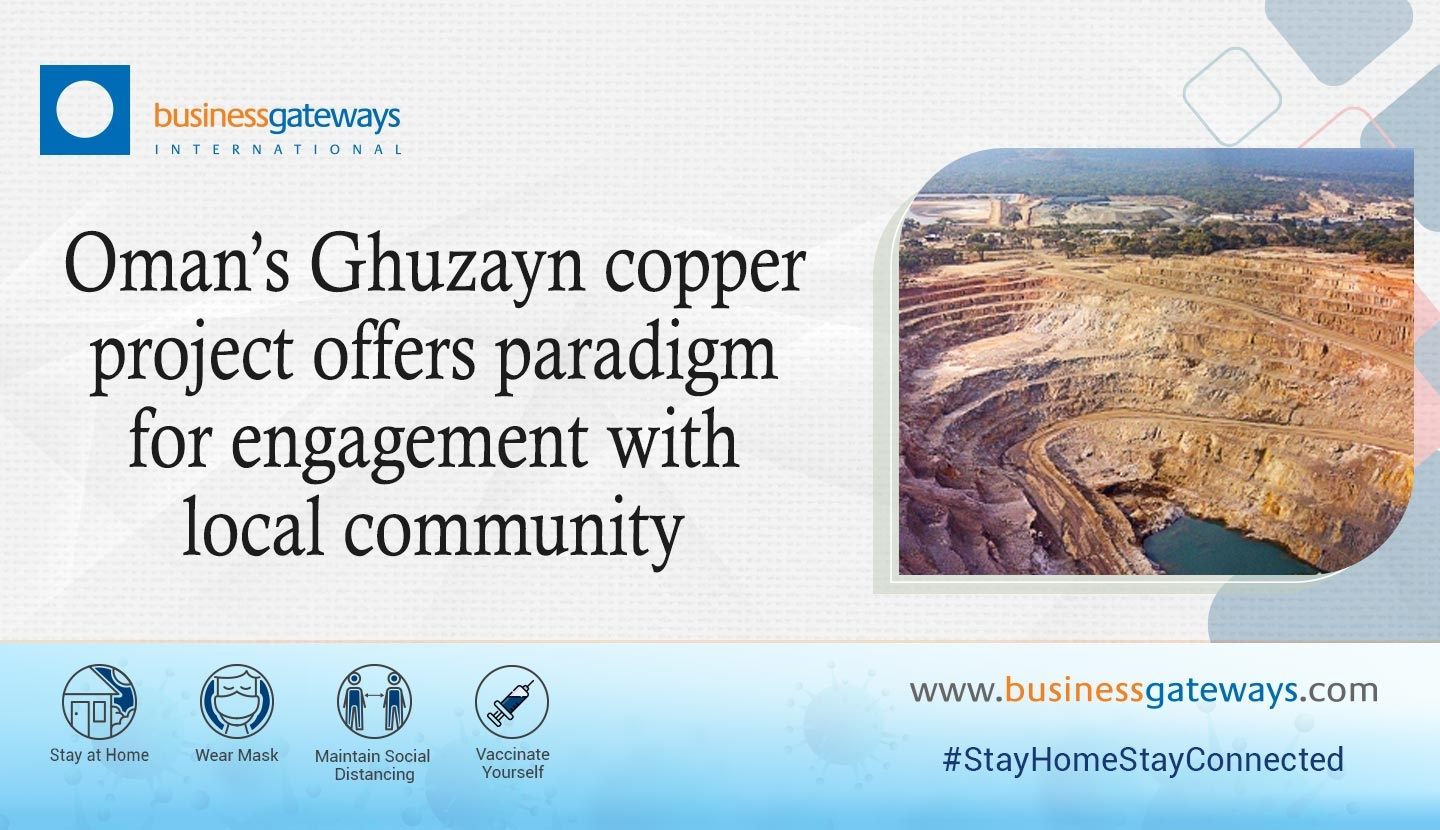 CONTINUOUS ENGAGEMENT: One per cent of the value of annual mining output to be spent on development projects in host communities under new Mineral Wealth Law

Efforts to get Oman’s first industrial-scale underground copper mining project off the ground at Ghuzayn in North Al Batinah Governorate are making headway with the Ministry of Energy and Minerals confirming that progress has been achieved in addressing the reservations of local communities living nearby.

Local Omani firm Mawarid Mining plans to invest initially around RO 43 million in unlocking Ghuzayn’s huge copper reserves – estimated at 6.5 million tonnes of mineable ore – in what will be the first modern underground copper project to be implemented in the Sultanate.

In its newly published 2020 Annual Report, the ministry has credited interventions by government stakeholder bodies, as well as the mining firm, in engaging with the local communities in reducing friction points holding back the implementation of the project.

In addition to complying with health, safety, social and environmental safeguards stipulated under Omani law, mining firms are also called upon to commit to creating employment, economic and commercial opportunities that flow to local communities in the vicinity of the projects.

Significantly, the Mineral Wealth Law enacted by the Oman government in 2019 requires mining companies to set aside one per cent of the value of their annual output towards developmental initiatives in support of host communities. The measure is seen as key to securing the support and goodwill of local communities that are otherwise wary of potential adverse impacts from mining to their habitats.

Located in the Wilayat of Al Khabourah, the Ghuzayn copper mining project initially languished for want of the requisite approvals from various government ministries and agencies, in addition to push-back from local villagers.

The erstwhile Tanfeedh programme – a national initiative to fast track government approvals and permits for strategic economic projects – had formed a high-level committee encompassing several ministries and stakeholders to help intervene in tackling some of these challenges. Those efforts continued when the Implementation Support & Follow-up Unit (ISFU) assumed responsibility for the speedy facilitation of approvals – an effort that is now being shouldered by the Implementation Follow-up Unit of Oman Vision 2040.

Commenting on the progress made thus far in advancing the Ghuzayn project, the Ministry of Energy and Minerals said: “Al Ghuzayn project is considered one of the vital projects with an added value (potential). It is one of Tanfeedh Mining Labs’ outputs that was followed up by the Implementation Support and Follow Up Unit.

The initial cost of the project is RO 43 million and it will contribute with 50 direct employment opportunities to Omanis in the first phase. The company (Mawarid Mining) is willing to contribute in the development of the local community as the Mineral Wealth Law stipulates the allocation of 1 per cent of the annual (revenue) as the contribution to the local community.”

The Ministry credited “continuous engagement” between the mining company and other stakeholders, on the one hand, and the local community on the other, in helping smooth the way for the project’s implementation.

“This project has economic and social dimensions due to its location near some villages, therefore all stakeholders shall be engaged in all the phases of the project,” the Ministry noted.

“The engagement started through discussions on the project with the competent authorities, and holding some of the company’s meetings with locals. The company has also planned to actively engage the citizens before implementing any activity on the ground.”

Mawarid Mining plans to utilise an advanced underground mining method to extract the ore. Given its location below the surface, gaining access to the ore will take about two years or less, paving the way for the mining of the resource over the next seven years or more.

Project milestones slated for completion in 2021 include Phase 2 of a geotechnical and hydrogeology study, environmental baseline study, engagement of mining contractor, and approvals for project funding.