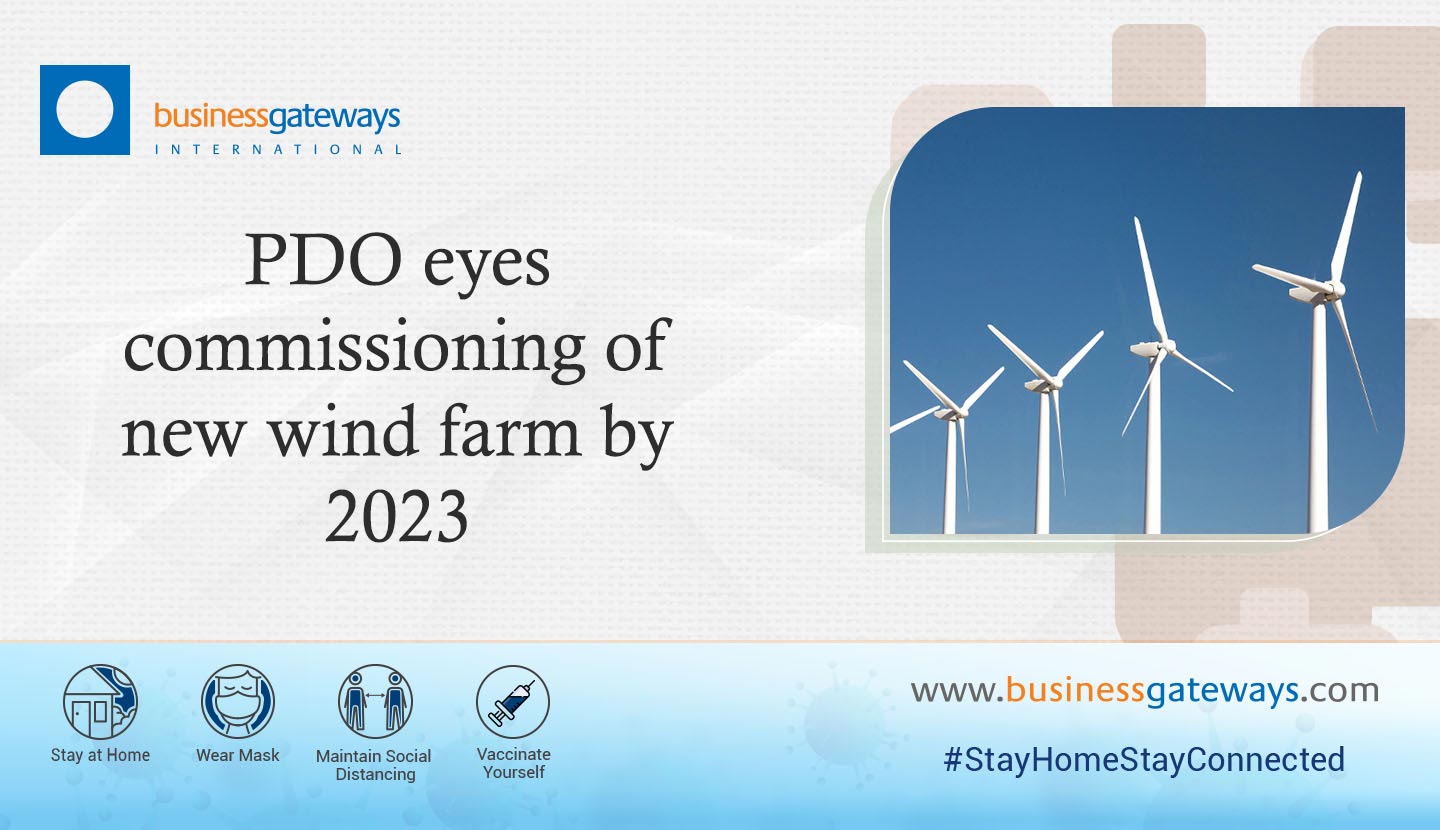 Building on its already sizable presence in the renewable energy space in the Sultanate, Petroleum Development Oman (PDO) – the nation’s biggest producer of hydrocarbons – says it aims to commission its first wind power development by 2023.

The majority state-owned energy firm says it has already initiated preliminary work to support the development of an estimated 100 MW capacity wind farm within its Block 6 concession.

“(PDO) conducted a feasibility study with a view to commissioning a wind farm by 2023 as part of the transition to renewable energy,” the company stated in the 2020 Annual Report of the Ministry of Energy and Minerals issued last week.

“(Meteorological) masts were erected at six potential sites in the south of Block 6 to gather wind speed, temperature and humidity data over at least a 12-month period,” it further noted.

Last year, PDO marked the commissioning of the Amin 100-megawatt (MW) solar plant in the south of its concession “three months ahead of target”.

“The Independent Power Producer renewable project provides power for the Interior operations and is one of the world’s first utility scale solar projects to have an oil and gas company as the sole buyer of electricity. "

"The installation was built and commissioned in record time, just under 12 months after the signing of the engineering, procurement and construction contract,” the company said.

PDO’s flagship renewable energy project is however the Miraah solar development in the south of the country.

The giant scheme harnesses the sun’s heat to produce steam, which is then injected into the Amal oilfield to get its heavy oil contents to the surface.

At full capacity, Miraah can produce the equivalent of 1,021 MW of thermal energy and is the first Enhanced Oil Recovery project of its kind in the world.

Also slated for commissioning during 2023, according to officials of PDO and its parent holding company Energy Development Oman (EDO), is a new Independent Power Project centering on a 100 MW capacity solar-based generation component.

The project, also planned in the Block 6 concession, will feature – for the first time in Oman – a large-scale battery storage component designed to ensure consistent and sustained power supply overcoming intermittency challenges typically associated with solar or wind based generation.

Other smaller-scale renewable energy schemes in its portfolio include roof and ground-mounted solar PV systems that support the company’s energy requirements at the Mina Al Fahal headquarters and Ras Al Hamra residential complex.