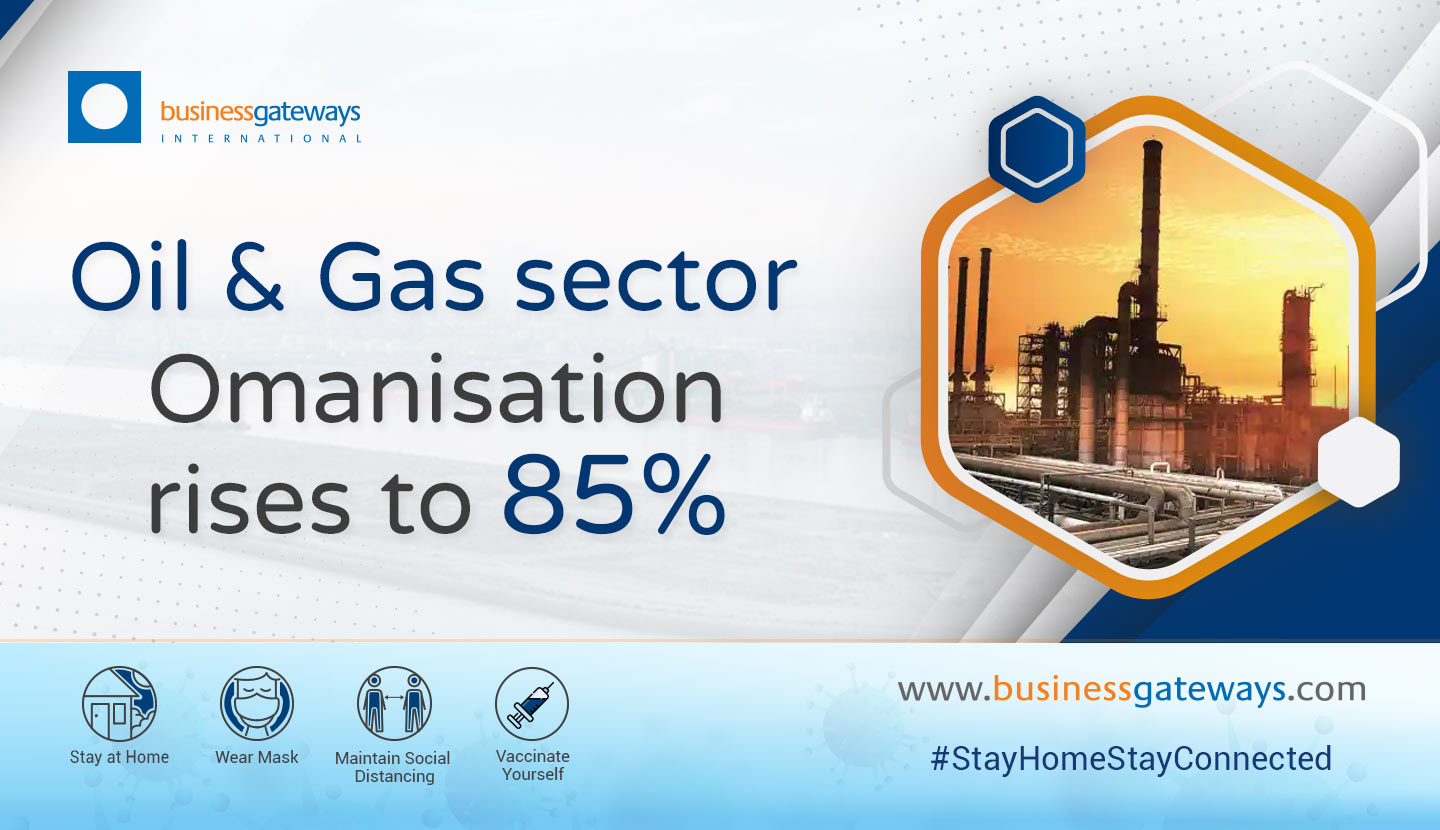 The rate of Omanisation among companies operating in the upstream and downstream of Oman’s Oil and Gas sector reached around 85 per cent in 2020, representing a 5.7 per cent increase over the corresponding figure for 2020, the Ministry of Energy and Minerals stated in its 2020 Annual Report.

Petroleum Development Oman (PDO), the country’s largest producer of hydrocarbons, reported a record Omanisation of 86 per cent last year, up from 84 per cent a year earlier. At the end of 2020, PDO employed 8,943 staff, of which 7,687 were Omanis. There were 1,173 women on staff, including 1,061 Omanis, the highest number in PDO’s history. A total of 443 nationals were hired in the year and the total number of Omani graduates was 111, the company said.

Occidental Oman said it has developed and implemented a long-term sustainable hiring strategy for Omanis. This strategy has contributed to generating more than 3,400 employment opportunities, and resulted in 93 per cent Omanisation of Occidental Oman’s workforce as of 2020.

Approximately 45 per cent of Omani hiring in 2020 represented job seekers, according to the company. More than 1,541 job seekers were hired, including fresh graduate degree holders and diploma holders.

As many as 401 locals, hailing from Oxy concession areas, were hired and trained to become competent operators and technicians. In 2020, Occidental Oman hired around 46 job seekers, and efforts are ongoing to define more opportunities to support its long-term Omanisation plans.

At Oman LNG, job creation continues to be a priority despite the challenges of 2020. A total of 69 job seekers were selected through the Eidad and Internship programmes. Thirty-one Omanis have been deployed in permanent roles after successfully completing their development plans.

Daleel Petroleum employed Omanis in operational and support departments during 2020. The company managed to achieve and maintain a 96 per cent Omanisation rate across the organisation.

CCED, with a workforce of over 90 per cent Omanisation, is building a cadre of capable professional staff with industry know-how to lead the sector in the future.

BP Oman reached over 85 per cent Omanisation of its workforce. This is set to grow to 90 per cent by 2025. BP recruited over 60 Omani graduates through the BP Challenge programme since it launched in Oman in 2010. It has continued to develop Omani technicians as part of its Technician Development Programme.

To date, more than 65 technicians have been trained in this programme with some also having had the opportunity to work with BP’s partner OQ and Oman LNG, thanks to an agreement between the three companies.