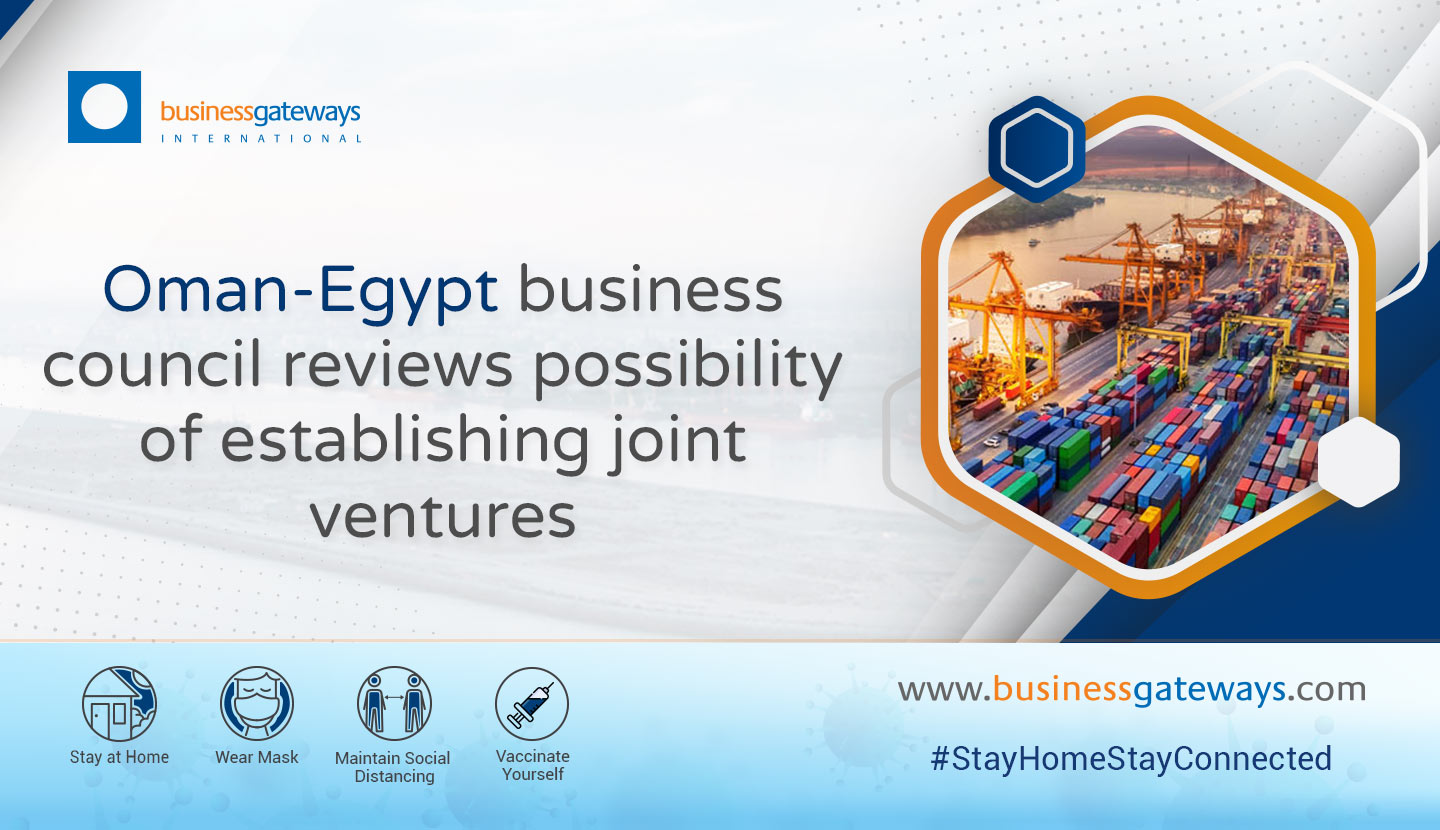 The Oman-Egypt Joint Business Council held its meeting in Cairo, Egypt. The council laid emphasis on the economic fields the two countries focus on. It also reviewed the possibility of establishing joint ventures (JV).

The council considered the possibility of establishing a joint investment fund for businessmen of both countries to provide investment incentives and funding.

The meeting also reviewed founding a joint investment company in Egypt, to be founded by the council’s members and to be provided with special support and facilities.

The council’s meeting was headed from the Omani side by Ahmed Yousef Alawi, and from the Egyptian side by Eng. Sameeh Sawiris. The meeting was attended by Eng. Ridha Juma Al Saleh, Chairman of Oman Chamber of Commerce and Industry (OCCI).

The Omani members of the council met after the meeting with Nevin Gamea, Minister of Trade and Industry during which recommendations of the council’s meeting were reviewed.

The Egyptian minister commended the recommendations which would promote the relations between the two countries. She underscored the importance of activating business councils in supporting the objectives of Oman and Egypt in increasing the trade exchange. She hoped to see these efforts bearing fruits by establishing investment projects of added value to the economies of the two countries.

The council will hold its next meeting in the Sultanate in November 2021.